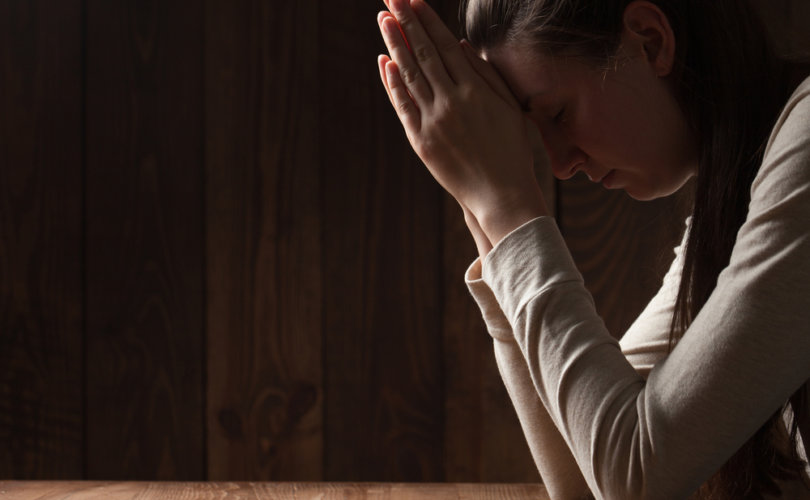 Editor’s Note: The following is the fourth part of an in-depth essay by author and painter Michael D. O’Brien on the coming Great Apostasy. The first part is here, the second part here, the third part here, and the fifth part here. The entire essay can be viewed here.

November 30, 2017 (LifeSiteNews) – Catholics in North America and Western Europe live in near schizoid churches that would exhort us to avoid a so-called “Phariseeism,” while omitting the call to repentance. A very large number of dioceses, parishes, and religious orders promote false splits in the mind and heart, positing that truth and mercy are in conflict with each other, that justice and mercy are relativistic free-floating concepts uncoupled from the foundation, from the One who is Justice and Mercy itself, that doctrine and pastoral practice need not be consistent, and that the authentic exercise of spiritual authority is authoritarianism. The massive corruption of the Church’s evangelical mission by dissident theologians, and those whom they shape, vastly outweighs the faults of the pietistic among us, who are a very small minority—I would say tiny, perhaps even proportionally microscopic. Decade after decade we have seen our churches transformed according to a false interpretation of Vatican II, the liturgy often made into a man-centered social ritual, have seen the magnificent teachings of our previous Popes ignored or refuted, or mutated and misapplied. We who live at the grass roots level in such national churches have experienced the marginalization of the faithful Catholic, have suffered silently under countless vehement homilies against Phariseeism that equate it with orthodoxy, while at the same time we have received minimal solid teaching from pulpits in a majority of dioceses.

Little by little, with a new generation of apostolic bishops and priests, the situation in some particular churches is improving, though there is a very long way to go before there is a true new renaissance. Most faithful Catholics continue to offer their sufferings for the very people who cause them, and for the ultimate purification and strengthening of the Body of Christ in our times. They strive to live both veritas and caritas as a single unified whole, in the midst of both the interior infidelities of our particular churches and the hostile social and political environments of our nations, which have largely capitulated to anti-life, anti-family policies.

As the years and decades roll onwards, completely faithful Catholics have increasingly felt like a battered minority, not a self-righteous “elite.” They know they are sinners. They know they need mercy. And because of this they know their need for the fullness of Christ’s Church and the Gospels, for authentic spiritual and sacramental life, the worship of God which man was created for—and this in order to have the interior strength to love one’s neighbor as oneself, both the person next door and all people in the global human community.

I can count on one hand the individuals I have met during my life who resemble the stereotype of the old Pharisee. By contrast, I know several hundred loving, heroically sacrificial people who do not judge others but who, by merely being faithful to the deposit of the Faith, are seen as a threat to the “unity” of the particular church. Without provocation, they have often been scapegoats and lightning rods for the fears and malice of others, without retaliating. For the most part, they are the judged. If they have at times protested falsehoods taught in the House of God, sacrilege, and disobedience to the Church’s universal norms of worship, it has been done privately and charitably. The Church teaches that it is not only their right but, at times, their duty to do so (Code of Canon Law, Can. 212 para. 3). Almost always they are met with irrational anger, or at the best, indifference. Suffering the negative consequences of their painful efforts, and with little or no improvement in their situations, many succumb to discouragement and in the end revert to silence. Their sense of futility grows like a cancer in the Body of Christ and too easily brings about a kind of paralysis. They have accepted as inevitable one of the most insidious, destructive tactics used by the new Pharisees in neutralizing opposition. The faithful have been taught again and again that to defend the truth is to find oneself accused of Phariseeism.

The tail of the devil is functioning in the disintegration of the Catholic world. The darkness of Satan has entered and spread throughout the Catholic Church even to its summit. Apostasy, the loss of faith, is spreading throughout the world and into the highest levels within the Church. (Address on the Sixtieth Anniversary of the Fatima Apparitions, October 13, 1977)

The choice of this unusual description is significant, for the “tail of the devil” alludes to a passage in the Book of Revelation:

A great sign appeared in the sky, a woman clothed with the sun, with the moon under her feet, and on her head a crown of twelve stars. Because she was with child, she cried aloud in pain as she labored to give birth. Then another sign appeared in the sky: it was a huge dragon, flaming red, with seven heads and ten horns; on his head were seven diadems. His tail swept a third of the stars from the sky and hurled them down to earth. Then the dragon stood before the woman about to give birth, ready to devour her child when it should be born. (Rev 12:1-4)