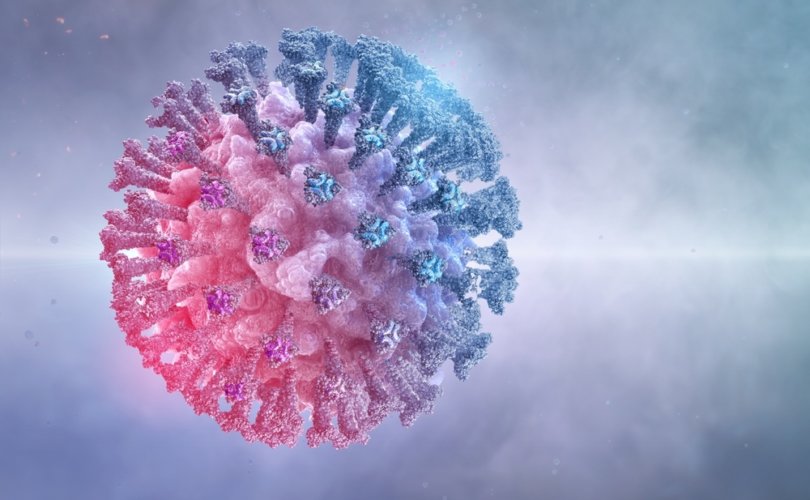 (LifeSiteNews) – In September of 2021, Emanuel Goldman published an article of concern in the Proceedings of the National Academy of Sciences.[1]  Briefly, Mr. Goldman claimed that the unwillingness of certain individuals to accept the experimental COVID-19 vaccine would result in almost certain doom for individuals within the population, including those already vaccinated.  His support for this claim?  Darwinian evolution.

According to the article, the SARS-CoV-2 virus is “evolving,” and the next step in viral evolution may destroy all of “progress we have made in overcoming the pandemic.”  An interesting hypothetical postulate, but how much basis does this fear have in reality?

Evolution has sometimes been characterized as a change in allele frequency in a population.  If this is all that one means by evolution, we grant that this is reasonable and currently occurring with the SARS-CoV-2 virus.  (However, we would call it variation within a kind rather than evolution, which is an important distinction.[2]  Though both processes are said to be driven by natural selection, which is observable, variation within a kind is all that has ever been empirically demonstrated.  Evolution of new kinds of organisms repeatedly fails to pass the test of rigorous scientific standards.[3]

Can genetic change over time result in a super-virus that poses a threat to mankind?  We would argue, based on historical precedents, that this is highly unlikely.

As early as February of 2021, a majority of scientists were predicting that SARS-CoV-2 would become an endemic virus.[9]  That is, they were predicting that the virus would become less virulent, but more transmissible, as it passed through the human population.  This is in complete accord with all of the historical examples we have just cited, and is the most likely outcome – regardless of the vaccination status of populations.

— Article continues below Petition —
PETITION: Ban COVID vaccine mandates for schools and universities!
Show Petition Text
42838 have signed the petition.
Let's get to 45000!
Thank you for signing this petition!
Add your signature:
Show Petition Text

If anything, mass vaccination in the middle of the pandemic provides a unique kind of selective pressure to drive variations towards a vaccine-resistant strain.  This has already been well-documented in the case of HPV vaccination against strains which tend to cause cervical cancer.  Since the introduction of the vaccine, the strains included in the vaccine have plummeted; but cervical cancer rates have been unaffected, as new strains have arisen to take the place of the old strains as the leading causes of cancer.[10]

Even if a subtle genetic change occurred that introduced greater virulence into the virus, as occurs with antibiotic resistance in bacteria, this would likely be due to the loss of specificity in the virus rather than the introduction of a new element.[11]  This loss of specificity could lead to immune escape[12], which would appear like an overall evolutionary benefit for the virus.  But it is not a true example of evolution because there is no new information created in the virus – only the degradation of old information (in this case, a loss of specificity in the spike protein).  An increase in virulence would also be bad news for the continuation of the virus – if it is more likely to kill its host, it will be less likely to be transmitted further to new hosts.  Even evolutionary biology, with all of its errors, favors a scenario where the original virulence of the virus will decline drastically in favor of increased transmissibility.

In short, Mr. Goldman’s article is unfortunately just one more not-so-veiled threat against those who choose not to participate in experimental medicine by receiving the COVID-19 vaccine.  And, like many other articles in the same vein, it has no foundation in empirical science.

[3] Though there are many good sources that document this, a brief but pithy overview is given in: Carter R, ed. Evolution’s Achilles Heels. Powder Springs, GA: Creation Book Publishers, 2015. p. 15-47.

[11] This has been repeatedly documented, but some of the best-explained examples can be found in:

[12] That is, to the virus changing shape in a manner such that the body’s original immune response to previous versions of the virus would no longer neutralize the new variant.