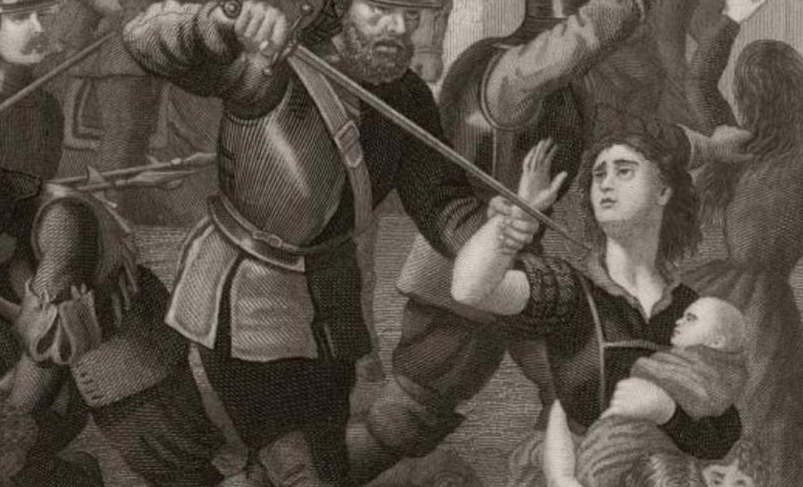 Ireland’s Constitutional pro-life protection for the unborn has been excised.

On September 18, 2018, Irish President Michael D. Higgins signed the 36th Amendment of the Constitution Bill 2018. Thereafter, the Eighth Amendment that effectively prohibited abortion in the Republic of Ireland was formally repealed. And with a stroke of the pen one of the most heartless acts in Irish history has been accomplished.

At times, to outsiders, Ireland seems obsessed with its past, and all its contemporary ramifications. Ireland’s battles and defeats are a litany on the tongues of many Gaels. The persecutions – imagined and real – are recited; the Famine referenced constantly. Whether helpful or not, this reading of the present through the past is part of the Irish psyche; it is a nation’s way of making sense of its story.

What future generations – those allowed to live – will make of the fact that on a September day an Irish President, at the behest of the citizens of the southern part of the island, decreed that that there were children of Erin who would never see the light of day, or play their part in the nation’s story. Not even Oliver Cromwell, 17th century English Puritan scourge of the Irish, in all his barbarous rage decreed as much.

Another scourge of the Irish was the 1845- 1849 Famine. Known in Irish as An Gorta Mór (the “Great Hunger”), estimates differ but it is reckoned that the Famine killed a million people. Now what is to be visited upon the Irish is something that will make the Famine’s death toll appear insignificant by comparison.  Furthermore, while the Famine killed many, it also caused many more to leave Ireland seeking a new life in new lands on what were termed “Coffin Ships”. As a result of the referendum many pro-lifers may be forced to leave Ireland as the proponents of an aggressive secular agenda look for more ways to insert the Culture of Death into every aspect of Irish life and society.

Take the case of Irish doctors. It has been decreed that they must become part of the killing about to be unleashed – whether they wish to do so or not.  It appears that, unlike in next door Britain, doctors in the Irish Republic will not be able to opt out of the abortion process on grounds of conscience. Irish medics must comply – or, otherwise, presumably, be struck off.

The Irish State it seems wants everyone implicated in its crimes against the unborn. To have one person exempted from taking part on grounds of conscience would reveal to all what is really taking place: the destruction of human life.  The informed consciences of some must therefore be silenced. Otherwise they might awake the guilty consciences of so very many others throughout the land.

During the abortion referendum of May 2018 Irish politicians talked a lot about  “compassion”. They distorted the word to sell a barbaric act to an electorate many of whom were all too willing to be complicit in this lie. Now some of those same Irish politicians show no compassion to anyone in Ireland who disagrees with their world-view.

Looking once more at Irish history, it must be admitted some of the worst viciousness of the island’s sad history was self-inflicted – Irishmen committing atrocities against fellow Irishmen.  The Irish Civil War that followed the Partition in the early 1920s is one example. Before the Civil War there had been all out war between Irish Republicans and British forces with no quarter given by either side. This fighting was nothing in comparison, however, to what former IRA comrades visited upon each other once the British had left what had, post Partition, come to be known as the Irish Free State. Opponents of that Free State’s new regime and of the Treaty that partitioned Ireland, were ruthlessly hunted down. Many were summarily executed in a manner not seen previously. The lucky few who evaded this were exiled, many for life. No opposition to the nascent Irish state was tolerated.

Today a different Irish state is coming into being. It is one that dismisses the lives of the most vulnerable and the consciences of its opponents – as recent chilling comments from its current leaders testify. This time, those who oppose the state’s new dictate may not face execution squads – at least those who have already been born – but watch, now, as pro-lifers slowly lose the right to work in the health services, then in education, before effectively being banned from running for office by the major parties all of which will demand a “pro-choice” stance from any prospective candidates. There must be no opposition to the  “New Ireland”.

The sad thing is that a nation that fought so long for some form of independence, and achieved it albeit only partially, that same Irish nation seems content now to be dancing to the tune of foreign influence – the same tune conceived by the entities who funded and pushed for the social changes needed to destroy Ireland’s Christian past. The dance envisioned for Ireland, however, is a dance of death.

So having sold its soul, now Ireland mortgages its future – a nonexistent one based upon the lie of abortion as the answer to a nation’s problems.

Cromwell set out to destroy Catholic Ireland, burning towns with women and children locked inside city gates, banishing those who survived to starve on Ireland’s barren western seaboard. This Cromwellian killing spree is still spoken of by some in Ireland with fear and anger.

When the Irish President signed his name to a new form of  “compassion” for those future, helpless children of Ireland, the ghost of Oliver Cromwell was at his shoulder – smiling.