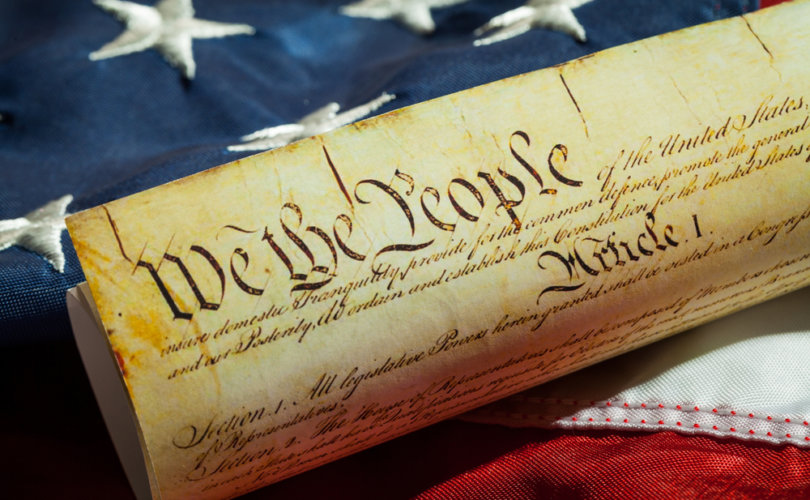 (American Thinker) – The Dobbs vs. Jackson Women’s Health Organization decision is not a judgment on the morality of abortion. It is not a sociological treatise about the necessity of abortion for the good of the nation or specific classes within the nation. And it is not a legal fairy-tale about emanations and penumbras within the Constitution. Instead, it represents a return to the rule of law which, in America, begins with the Constitution.

Supreme Court Justice Samuel Alito makes the case beautifully, complete with all sorts of citations and narratives, but the bottom line is this: If X “right” (with “X” being whatever issue people, usually leftists, are demanding) is not in the Constitution’s original text or in an amendment, and was not an affirmative right under common law when the Constitution itself was ratified, then X is not a federal right but is, instead, left to the states to decide through their legislatures.

The amendment process requires either a constitutional convention or congressional approval after three-fifths of the states have ratified the principle, whatever it is. Right there, you have the massive job of persuading a super-majority of Americans that your position on the issue is the correct one. It’s so much easier to convince five unelected Supreme Court justices, especially those who already share your views, to amend the Constitution unilaterally by finding previously hidden rights within it.

The majority decisions in Dobbs and Bruen represent a return to the rule of law: If something is in the Constitution, it’s either an inherent right or a right that a vast majority of the American people support (e.g., prohibition and ending prohibition). In that case, the government infringes upon it at its peril and must meet an extraordinarily high standard to prove that it needs to infringe upon that right to provide a benefit to Americans exceeding the right itself. And if that something is not in the Constitution, the matter is one for the states, and no amount of magical thinking or emotion will change that. (And if you want an insight into the magical thinking and emotion, read the dissents to both cases.)

Aside from rioting in the streets, the next big thing we’re going to see regarding abortion is a move in Congress to pass a law granting all women (or, birthing people or womb-carriers) an unfettered “right” to abortion. However, with the Dobbs decision hanging over Democrat heads saying that the federal government doesn’t have a say in abortion, the Democrats need to give the issue a constitutional “hook.”

That hook is almost certainly going to be the Commerce Clause. Why do I say that? First, leftists have discovered that they can get almost anything they want under the Commerce Clause. In a modern age in which things are highly interconnected, there’s always a commerce angle.

Second, they had Janet Yellen start the argument already, which is something that leftists immediately understood, as you see in this video from Yahoo Finance (a hard-left media outlet):

In other words, the fight’s not over. In some ways, it’s just beginning all over again.

(This essay was cross-posted at Bookworm Room)