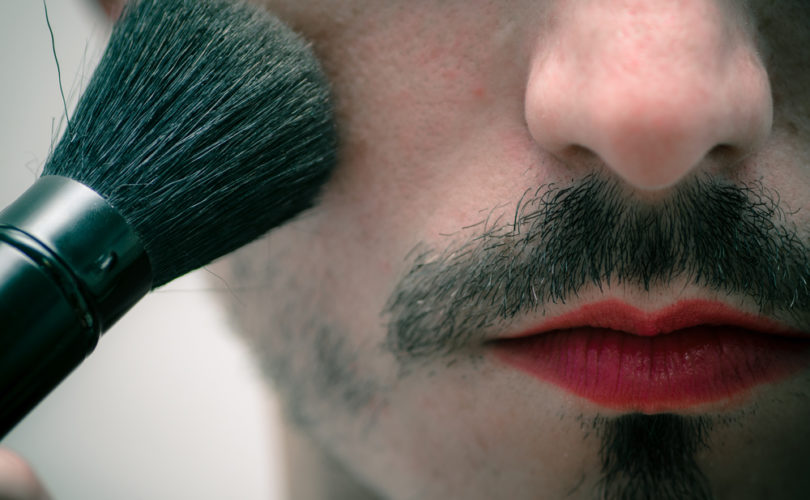 Denee Mallon is a 73-year-old male-to-female American transsexual who has just won a stunning legal victory. No longer can Medicare refuse to pay Mallon’s medical expenses for genital reconstruction surgery. He (or she) had been living as a woman off and on ever since he was a teenager, but at the age of 68 he decided to make a permanent sex reassignment.

“Sometimes I'm asked aren't I too old to have surgery. My answer is how old is too old?” Mallon told the Associated Press. “When people ask if I am too old, it feels like they are implying that it's a 'waste of money' to operate at my age. But I could have an active life ahead of me for another 20 years. And I want to spend those years in congruence and not distress.”

Now that same-sex marriage is legal in 19 states, the cause of transgender people is being touted as the new new civil rights movement. Time magazine even featured “The Transgender Tipping Point: America’s next civil rights frontier” as its cover story earlier this month.

People who think that they are trapped in the wrong sex should be helped to adjust to reality, not supported in their  fantasy.

Transitioning to a different sex requires extensive medical and surgical support – which often makes it too expensive for those who want it. But after reviewing Denee Mallon’s case, a US Department of Health and Human Services (HHS) review board has ruled that it is no longer reasonable to exclude surgery from Medicare coverage because it is experimental or risks serious complications. “We have no difficulty concluding that the new evidence, which includes medical studies published in the more than 32 years since issuance of the 1981 report underlying the [national coverage determination], outweighs the NCD record and demonstrates that transsexual surgery is safe and effective and not experimental,” said the civilian board.

The complete normality of transexualism is fast becoming the new orthodoxy. However, writing in the Wall Street Journal last week, a leading psychiatrist, Dr Paul McHugh, described this as a terrible error.

“This intensely felt sense of being transgendered constitutes a mental disorder in two respects. The first is that the idea of sex misalignment is simply mistaken—it does not correspond with physical reality. The second is that it can lead to grim psychological outcomes … ”

Dr McHugh, an emeritus professor at Johns Hopkins University, in Baltimore, and a member of the president’s bioethics commission under George W. Bush, has been an outspoken critic of sex reassignment surgery for a long time. In the 1960s Johns Hopkins was one of the first institutions in the US to offer it. But after studying whether it actually helped people who felt uncomfortable and distressed by their biological sex, Dr McHugh persuaded the university to shut it down.

“Most of the surgically treated patients described themselves as ‘satisfied’ by the results, but their subsequent psycho-social adjustments were no better than those who didn't have the surgery. And so at Hopkins we stopped doing sex-reassignment surgery, since producing a ‘satisfied’ but still troubled patient seemed an inadequate reason for surgically amputating normal organs.”

There has been an outcry in the media at the publication of Dr McHugh’s article. Slate described the author as “notorious for his outdated, anti-LGBTQ views”. GLAAD, a LGBTQ lobbying group, complained that his views were “outdated and factually inaccurate”.

But does sex-reassignment surgery really result in people who are happy and psychologically balanced? GLAAD’s blog cites a number of studies which attribute gender dysphoria – unhappiness with one’s biological sex — to a person’s genetic makeup. If this were true, perhaps surgery would be warranted. However, a quick look shows that these are all small studies, often with only a couple of dozen transsexual participants.

McHugh, on the other hand, cites a relatively robust Swedish study published in 2011 in the PLoS One journal. It found that the suicide rate among people who had sex-reassignment surgery was 20 times higher than the non-transgendered population. The data was drawn from studying all of the 324 people who had sex-reassignment surgery in Sweden between 1973 and 2003. Its conclusions were stark:

“This study found substantially higher rates of overall mortality, death from cardiovascular disease and suicide, suicide attempts, and psychiatric hospitalisations in sex-reassigned transsexual individuals compared to a healthy control population. This highlights that post surgical transsexuals are a risk group that need long-term psychiatric and somatic follow-up. Even though surgery and hormonal therapy alleviates gender dysphoria, it is apparently not sufficient to remedy the high rates of morbidity and mortality found among transsexual persons.”

Dr McHugh argues that gender dysphoria is a psychological problem, not a surgical one. People who think that they are trapped in the wrong sex should be helped to adjust to reality, not supported in their  fantasy. It is like offering liposuction to women suffering from anorexia. He writes:

“At the heart of the problem is confusion over the nature of the transgendered. ‘Sex change’ is biologically impossible. People who undergo sex-reassignment surgery do not change from men to women or vice versa. Rather, they become feminized men or masculinized women. Claiming that this is civil-rights matter and encouraging surgical intervention is in reality to collaborate with and promote a mental disorder.”

The movement for transgender rights can only flourish in a society which is morbidly afraid of saying No to any desire, no matter how absurd, provided that it hurts no one else. But it ought to be obvious that there can be no “right” to live out one’s fantasies. Peter Pan does not have a legal right to rejuvenation therapy. He just has learn to grow up. Patients who suffer from gender dysphoria deserve sympathy and psychiatric treatment, not government funding for mutilating surgery.

Michael Cook is editor of MercatorNet. This article is reprinted with permission.