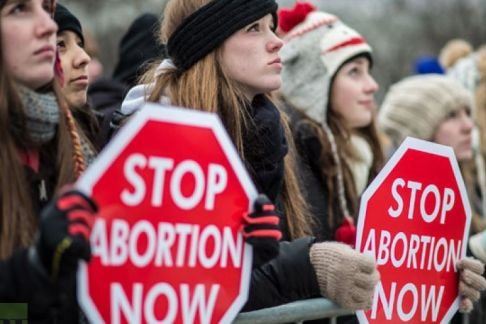 January 22, 2019 (LifeSiteNews) – After attending the March for Life, a group of students from Covington Catholic High School in Kentucky were confronted by activists from a smattering of Leftist protest groups.

As Robby Soave later summarized, members of a black nationalist group harangued the students for a whole hour. They threatened the students with violence, called them “crackers, faggots, and pedophiles,” and even singled out a black student, calling him a “n***er.”

Later, a Native American protest group joined in, with one member shouting “Go back to Europe!” while another, elder Nathan Phillips, banged a drum in the face of Covington Catholic student Nick Sandmann.

There is footage of all that, but the only moment that got any of the media’s initial coverage was a few seconds of Nathan Phillips and Nick Sandmann, face to face. The clip went viral, presented as evidence that the students “bullied” a native American elder.

Conniving Leftists and cowardly Catholics ran with the story immediately, most of them tying it to the March for Life.

“Catholic school students at the #MarchforLife attempt to shame and disrespect a man at the #IndigenousPeoplesMarch,” trumpeted one Vatican-connected Jesuit cleric within minutes of seeing the video.

“These actions are not Catholic, not Christian and not acceptable,” he went on. “I am as disgusted by the contemptuous laughter of the mass of students as I am moved by the quiet dignity of the solitary man who continues to chant.”

The boys’ own Diocese also unhesitatingly condemned their actions, calling them “opposed to the Church’s teachings on the dignity and respect of the human person.” Even Covington Catholic High School was quick to publicly threaten their students with “appropriate action, up to and including expulsion.”

Stop the Victimism: Neither Phillips nor Sandmann Deserve to be Used

The late Catholic philosopher Rene Girard wrote that “the most powerful anti-Christian movement is the one that takes over and ‘radicalizes’ the concern for victims in order to paganize it.”

Today the powers and principalities “reproach Christianity for not defending victims with enough ardor,” he explained. But their ultimate goal is to “usurp the place of Christ” by imitating Him “in the way a mimetic rival imitates his model in order to defeat him.”

This explains why there’s always a new, morally charged hashtag going around (think #MAGAHatKid or #CovingtonCatholic), expressing a grotesquely, artificially “Christlike” concern for some person or group cast in the role of “victim” (think Elder Nathan Phillips).

But it’s also why hashtags like these are almost never about the “victim” at all. Because while the powers and principalities claim to offer us freedom from the rigid Christian norms that keep us from caring enough for victims, their ultimate goal isn’t caring at all.

They don’t want to wrench power away from Christianity so they can do right by victims. What they’re really after is the unchallenged right to damn and punish.

“The Antichrist boasts of bringing to human beings the peace and tolerance that Christianity promised but has failed to deliver,” writes Girard. “Actually, what the radicalization of contemporary victimology produces is a return to all sorts of pagan practices,” including abortion:

Neo-paganism would like to turn the Ten Commandments and all of Judeo-Christian morality into some alleged intolerable violence, and indeed its primary objective is their complete abolition.

Victimists Don’t Do Any Favors to their Pet Victims

I’m ashamed that so many in the Church, from the pew to the chancery office, were so readily taken in by the Antichrist this past week. That so many Christians unhesitatingly handed the keys to the Kingdom over to the rulers of this world.

But I’m hopeful that the enemy overplayed his hand, and that the Church has gotten another warning glimpse of the emptiness of his promises.

It’s clearer now than ever that Christianity is not a tribe or a political movement, however much our distractible, fallen nature longs for that simple, easy kind of belonging. You can’t prove your membership in the Body of Christ by using the right hashtag, or by telling everyone who you voted for–or didn’t vote for.

Instead, you prove you’re with Christ by being with “the least of these brethren.” The ones He asked us to treat as if they were the crucified Lord Himself.

More often than not, those real victims remain out of our sight, deliberately hidden by a trick of distraction.

I’m as distractible as anyone, but I try to keep the Gospel in mind in the form of a kind of shorthand that I call The Rene Girard Rule:

When you see a mob lynching a single victim, go and stand with the victim.

To paraphrase Girard one more time, to be in solidarity with the vulnerable is to become vulnerable yourself.

I think that’s a lesson Nick Sandmann and his friends could take from their ordeal. And ultimately, if you want to know who the real victims were, don’t look at the boys from Covington Catholic.

Look at who they went to the capital to protect.