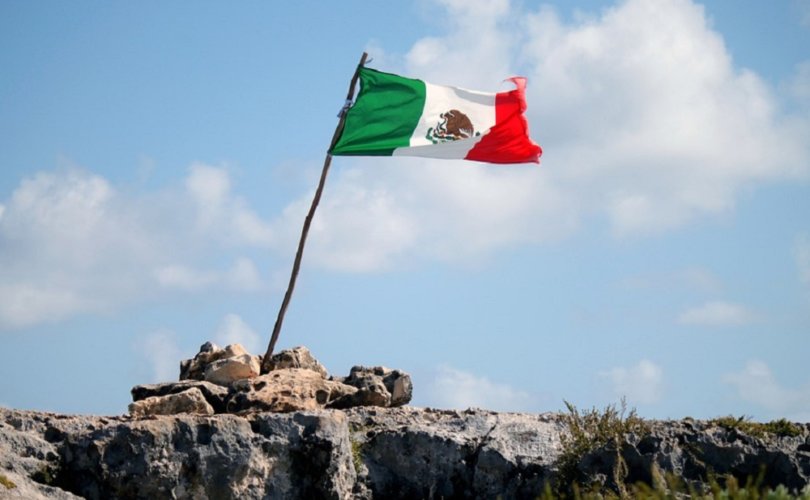 July 6, 2018 (American Thinker) – The advantage of having to write a column at the end of the week is that usually within seven days, the latest leftist meme has been thoroughly debunked. And so it is this week with such bunkum as claims that crying toddlers and children at the border are being ripped from the arms of loving parents and held in concentration camp-style settings. My online friend Randy Bock has dubbed this propaganda ploy “Kidtrina,” and it certainly bears a great deal of similarity to the overwrought coverage of the Hurricane Katrina aftermath in New Orleans. And for the same reason: to deflect blame from Democrat politicians and to demonize Republican presidents.

If you will recall, that disaster was caused by outside forces – the hurricane – but was compounded by corrupt local politicians' mismanagement of the levees and the gormless responses by then-mayor Ray Nagin (now serving a ten-year sentence in Texarkana prison camp for corruption) and Governor Kathleen Babineaux Blanco, since retired from public office.

Recall if you will the hyperbolic (and false) accounts of cannibalism in the Superdome, babies dying there, bodies stacked up in the Convention Center, the slanders that levees were deliberately blown up to destroy the black part of the city, and that the federal government – that is, George W. Bush – was slow to respond. My favorite photo shot of the disaster was of apologist for Venezuelan communism Sean Penn and John Kerry hagiographer Douglas Brinkley paddling about for the camera in a purported rescue effort. Well, on second thought, maybe it was Lieutenant General Russel L. Honoré “don't be stuck on stupid” taking charge of the mess.

This time, too, the forces behind the kerfuffle are largely not of our doing. They are the direct effect of crime and poverty south of the border, Mexican refusal to grant the refugees asylum as international law requires, and Democratic policies designed to make our borders open to people who will and do take advantage of our generous social welfare policies and greater economic opportunity.

Since news coverage is so one-sided as a rule, you have to go online to understand what is going on. One of the best explanations is to be found in a National Review article by Rich Lowry.

In sum, this administration isn't changing the rules about separating adults from children. “Separation happens only if officials find that the adult is falsely claiming to be the child's parent, or is a threat to the child, or is put into criminal proceedings. Once an adult is put into criminal proceedings, federal marshals must turn the children with him into the care of HHS in temporary shelters.” This is not at all different from housing children of those arrested for felonies domestically. We don't leave the children unattended, nor do we jail them with their parent. At the moment – without protest, over 20,000 U.S. kids are separated from their jailed parents.

Last fiscal year, 90 percent of apprehended children were released to a parent or close relative.

Secondly, the criminal proceedings are short-term, absent any “aggravating factor such as prior illegal entry or another crime.” Migrants generally plead guilty and are returned to ICE custody. If the migrant agrees to return, he and the child are returned home together.

Asylum claims are a bit more complicated. Detentions are likely to be longer because of a consent decree in 1997 (President Clinton) and its extension by the Ninth Circuit (Flores v. Lynch), which together held that unaccompanied children and children who come with an adult can be held for only 20 days. Asylum claims generally take longer than that to process – especially given the large influx of border-jumpers claiming asylum with open borders advocates coaching them how to do this. Given the shortage of facilities for holding family units, to comply with Flores, the administration must either release the adults and children together pending adjudication of the claim or hold the adult and try to find a responsible adult who will care for the child. This is the genesis of the “catch and release” practice of the Obama administration. Relying on rarely kept promises to return for a hearing on the asylum claim, the adults and children were released and unlikely to be heard from by ICE again. To those considering these practices harsh, remember that we have consulates all over Mexico and Latin America where asylum claims can and should be made, and they can as well be made at the ports of entry without landing on U.S. soil. Indeed, under international law, those traveling through Mexico from Central America must seek refuge in the “first safe country” – Mexico – which is defying that law by refusing asylum requests and facilitating their passage to the U.S.

Trips across the border illegally, usually with the help of coyotes, are dangerous. It has been reported that 80% of the women and girls who make that trip suffer rapes on the journey.

And then there's the problem of sex-trafficking of children by people who have kidnapped them and pretended to be their parents when they arrive here seeking asylum. Powerline notes (emphasis added):

Every year thousands of children get raped, abused, and sold. Right here in America. Many of these kids are immigrants, and a key tactic traffickers use is to pretend that they are their parents.

Daniel Horowitz picks up on this theme, as well as the matter of drugs and gang violence:

We have two choices when it comes to border security and interior enforcement. We can continue telegraphing the message that when you come here with children you are home free. This will continue fueling the drug crisis, growing MS-13, enriching the drug cartels, inducing sex trafficking and terrible crimes at the border, encouraging illegals to kidnap children to gain admission, and causing death and mayhem on both sides of the border.

Or we could finally deter this behavior by announcing an end to any immigration requests not processed in a controlled environment through our embassy.

Horowitz argues that DACA created the surge of children into the U.S. And why not? The prospect of amnesty must be enormously enticing.

This surge of teenage illegal immigrants, in turn, fueled the drug and gang crises. Ironically, gangs like MS-13 create the hellish enclaves that are said to cause immigrants to flee Central America.

If you truly feel bad about separating families of both illegal aliens and Americans and all the chain reaction of woe it brings, you'd support automatic and immediate denial of entry and deportation for families – together.

How better to assure that these kids are not being trafficked than by separating them to learn the truth?

By any honest account, children caught in this web during this administration are being handled far more humanely and responsibly than they were under Obama's.

Like the coverage of Katrina, the media handling of Kidtrina is short on fact but high on partisan emotionalism.

The pundit class have officially snapped over the Trump administration's zero-tolerance border enforcement policy. Since Friday, the collective breakdown has yielded a total of 22 instances in which cable news commentators compared the separation of parents and children illegally entering the country to World War II-era war crimes and human rights violations.

The Holocaust was invoked 12 times across CNN and MSNBC between June 15 and the 18th, generally in the form of comparisons between DHS detention centers and Nazi concentration camps. There were also six mentions of Japanese-American internment camps, as well as four comparisons to slavery.

On Friday, MSNBC's Joe Scarborough opened Morning Joe with a tasteless Holocaust reference. “Children are being marched away to showers,” he intoned, “just like the Nazis said they were taking people to the showers, and then they never came back. You'd think they would use another trick.“

Over the weekend, CNN political commentator Dave Jacobson threw a miniature tantrum over the policy. On Saturday's CNN Newsroom during the 10 a.m. hour, he opined, “Donald Trump increasingly looks like Hitler in Nazi Germany.” The following day, he appeared again on Newsroom in the afternoon to embellish on his already hysterical take: “Increasingly, Donald Trump is turning this nation into Nazi Germany and turning these [detention centers] into concentration camps.“

MSNBC's Chris Matthews, evidently eager to join in the hyperventilating excitement, managed to last less than a minute before evoking concentration camps while hosting Hardball on Monday. Throughout the show, he repeatedly interrupted guests to draw their attention to images of crying children that flashed across the screen.

Papers ran photos of children inside cages covered with foil blankets, neglecting to clearly indicate that the pictures were from 2014, Obama's administration, not the pictures of present shelters like this.

The winner in the over-the-top reporting and distortions of the truth is the almost completely defunct Time magazine, which ran a cover of a crying toddler being stared down by a tough-looking President Trump as the story touted the cruelty of the separation policy, which rips the wee ones from their concerned parents. Unfortunately for Time, it was quickly established that the child was crying only briefly as her mother was being patted down and then returned to her. Worse for them, the mother who was seeking asylum had left, without notice, her husband and three other children in Honduras, paid a coyote $6,000 to transport her to the border, had no basis for an asylum claim, and was just looking for economic opportunity. Even worse, she had previously been deported (in 2013), so her re-entry was a felony.

In other words, like so much of the media coverage of this issue, Crying Girl actually represents the opposite of the assumptions blasted around by outlets like Time. We've experienced a deluge of misinformation and a complete lack of context over the past week or so from media outlets that are clearly more interested in an agenda than an informed debate. Yanela Varela Hernandez is the poster girl for media's appetite for activism over truth. And they wonder why people continue to accuse them of peddling 'fake news'?

Time eventually was forced to publish an online correction – “The original version of this story misstated what happened to the girl in the photo after she was taken from the scene. The girl was not carried away screaming by U.S. Border Patrol agents: her mother picked her up and the two were taken away together” – but it defended its decision to run that distorted article and cover. “Our cover and our reporting capture the stakes of the moment.” No, they do not. Jeffrey Satinover on Facebook satirized the magazine's underwater backstroke. “The June 12 photograph of the 2-year-old Honduran girl became the most visible symbol of the ongoing and utter degradation of journalistic standards in America,” the Time board opined, “reaching levels so sublunar that were Solzhenitsyn to give his critique of the press now rather than in 1978 when he did, he would have probably stayed in Switzerland.”

In the meantime, a mob descended on the home of HHS secretary Kirstjen Nielsen after forcing her out of a restaurant near the White House, a restaurant where the manager conceded that his staff might have alerted the mob. He did nothing to stop the harassment or ensure her safety, and he endorsed their action in threatening a patron.

For those who might still think open borders is a great policy, many of whom previously and may still claim that we need zero population growth to sustain the planet, you might remind them that over fifty percent of the nation's immigrants are receiving some kind of welfare benefit. Ask them to show you a single country in the history of the world that long survived open borders and a generous social welfare policy. The E.U., under “Stuck on Stupid” Merkel's 2015 plan, has tried it, and it may well lead to the end of that grand experiment as members peel away under an unsustainable welfare burden and burgeoning crime.