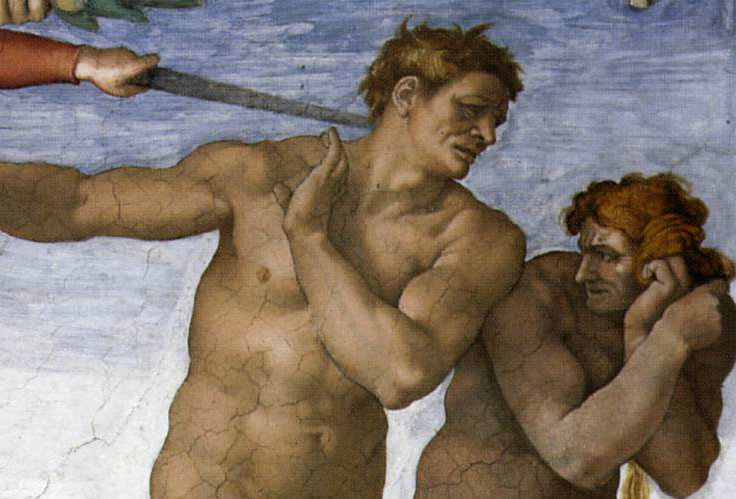 This is the sixth article in a series on modesty in a culture of shamelessness. LifeSiteNews published the first instalment on April 7, the second on April 8, the third on April 13, the fourth on April 14, and the fifth on April 16.

April 17, 2015 (LifeSiteNews.com) — In the beginning, Adam and Eve had the ability to express their personhood perfectly through their bodies. There was no inward tug-of-war between their wills and the desires of the flesh. The devil could not tempt them through sensuality, as he so persistently tempts us.

He did not seduce Adam and Eve by descriptions of the delicious tastes, sights and textures of the fruit of the forbidden tree, for such an approach would not have touched our first parents in the least. The evil one’s only hope of success lay in an assault against their intellects, in their understanding of the proper order of creation, by inserting a radical doubt into their minds: “Did God really say that?” he suggested.

This deceptively simple question has riddled and ruined believers ever since. “Did God really say that?” is expressed in various forms in countless situations, all of which replicate the first fatal error. It is an ancient device of the enemy, and a favorite one because it is so productive for him. Where the flesh cannot be enticed, pride usually can, and the world’s first exegete knows it well.

The primeval seduction had two fronts: the undermining of Adam and Eve’s understanding of who God is, and the distortion of their understanding of themselves. The serpent told Eve that she could become like God if she ate the fruit which God had forbidden her and Adam to eat. The subtlest and most horrible part of the lie was the insinuation that God did not want them to eat this fruit because he did not want to share his lordship over creation. That Adam and Eve had already been given a lordship over creation, naming and knowing all things in love, seems to have escaped them at the moment of temptation. Perhaps the great conjurer blinded that perception before implanting the falsehood.

When they said yes to the lie, the blindness spread. The harmony of their inner life began to break down until heart and mind and body became fractured parts of themselves, working against each other, fostering discord, anger, recrimination and the habit of blame which has become at this late stage of Western Civilization a growth industry that poses as a mode of therapeutic self-salvation. (“The woman whom you put here with me, she gave me the fruit from the tree, so I ate it,” said Adam. “The serpent tricked me into it, so I ate it,” said Eve.) It was not their fault, they maintained.

In a state of catastrophic grief, they saw that they had lost everything. Or nearly everything—for though they had lost immortality, they still had life. And when they saw their flesh and touched it, to their surprise it was still pleasurable.

And so lust entered the world. Although it felt good to the senses and elevated the emotions for a time, it never entirely dispelled the sense of loss at the mysterious center of their being, which was their personhood. Their pleasure was henceforth to be taken in the midst of an agony of remembering what they once had been. This truth became too hard for them to bear and they fled from each other in the dark.

Only the powerful magnetism of the senses drew them back. Then they looked at each other again and they lusted again and when they knew they were loving with only a fragment of what they had once been, with only a remnant of the great love they once had for each other, they were ashamed. Genesis records that “they knew they were naked; and they sewed fig leaves together and made themselves loin-cloths.” John Paul II pointed out that, “This passage speaks of the mutual shame of the man and the woman as a symptom of the Fall.”

When God asked them for an accounting of what had happened, they were ashamed again, for they saw that He knew what they had done. They were afraid, and fear had driven out love of Him whom they had known and walked with in the Garden, long ago in the time of original unity. He had made them for himself, and they had abandoned his love in favor of an artful deceit.

They no longer shared the life of paradise. And so they were expelled from Eden. No doubt it was an angel who drove them forth, just as the Scripture says, but even without that angel they would probably have fled from Eden, for this was the home of their original unity, now so ruined, so betrayed.

They and their descendants would thereafter be strangers and sojourners on the face of the earth, always yearning for a true home, never quite finding it; always longing for the perfect union and communion, and never quite finding it; always subject to the cravings of the flesh, ever slipping away from consciousness of the full meaning of each other; self-absorbed, selfish, swinging from humiliation to pride in an unstable trajectory through time.

This alienation, this disintegration, this lack of control over their bodies, was certainly a just consequence of their choice. It was important that they who had wished to rule creation by grasping at equality with God realize that they could not even rule their own flesh. In their very blood and marrow and feelings they would know the effects of their seemingly abstract disobedience.

After original sin, the mind and will could no longer master the body. The body was in opposition to the will—and it was often the stronger. Even to this day when a man or a woman is dominated by lust, the gift of love becomes almost impossible. Rather than a self-donation, as the Pope called it, the person driven by lust of the flesh seeks self-gratification through use of the other as an object of pleasure. He seeks to find in a fragment the missing whole—a dynamic that is evident in every kind of sexual sin from masturbation to consumption of pornography to adultery. It is also, I think, a working definition of idolatry.