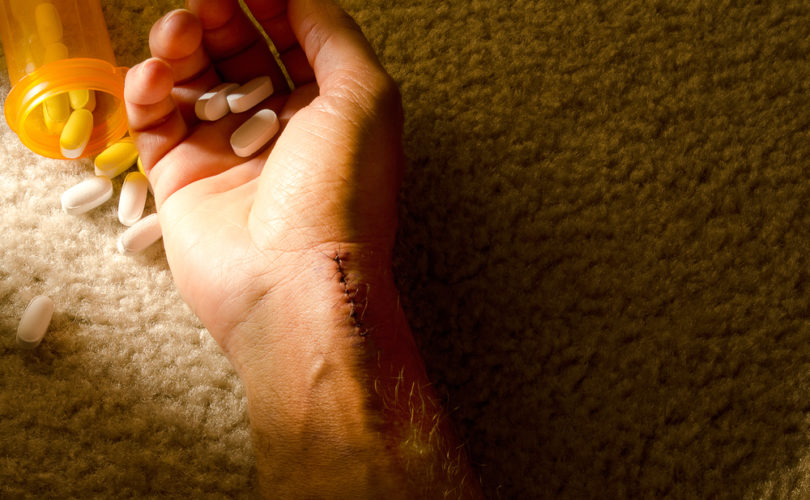 December 1, 2015 (BioEdge) — The leading Dutch right-to-die society is seeking talks with the Dutch medical association (KNMG) for approval of a “peaceful pill” which will allow its members to kill themselves without the help of a doctor.

As usually happens in the progress of euthanasia, supporters are now telling the media that this already occurs illegally on a vast scale and that legislation is essential to guard against abuses.

People who believe that their lives are “complete”, need a pill, says the Dutch Association for a Voluntary End of Life (NVVE) in a recently-published policy paper. The details have yet to be worked out with the Ministry of Health and the Ministry of Security and Justice and the KNMG. As the NVVE acknowledges, the peaceful pill could be used to murder people, or taken impulsively by otherwise healthy people, or used by young people with mental health issues. Therefore the NVVE would like to run a pilot project so that authorities will have “scientific research” to back up a decision.

NVVE director Robert Schurink told the media: “We see that society wants such a pill, particularly among the babyboomer generation which is not afraid to speak its mind. They want control over the end of their lives.”

For the first time, NVVE and another group, Stiftung De Einder, have acknowledged that they are already promoting a “peaceful pill” outside the existing legal framework. The lethal drugs are ordered from overseas. From China come pills and from Mexico come liquid barbiturates. The packages arrive quickly, sometimes disguised as a birthday card. NRC says that although this arrangement is illegal, there is no chance that the public prosecutor will charge anyone.

About 5300 people are euthanased legally in the Netherlands every year. The NVVE did not disclose how many commit suicide using overseas drugs over and above this figure. De Einder told NRC that it had given advice about its own service to 607 clients last year, although it is unclear how many committed suicide.

One of NVVE’s clients is 75-year-old Jannes Mulder, a doctor who had helped to euthanase several people himself. A feature story in the NRC describes how he contacted China:

Mulder ordered through the mail powder for two people – himself and his wife. Payment was made through Western Union: US$400. Two weeks later came a brown envelope with red Chinese postmarks. There was a birthday card for “John”: happy birthday. It is a subterfuge that Chinese suppliers often use. Inside the card was a sachet of powder. Mulder put it in the basement. Those around him know about it — Jannes H. Mulder is in charge of his own life. He will soon test some of the powder on his goldfish. “I want to make sure it works,” he says.

NRC also tells the story of another client, 83-year-old Tom van Manen, who stirred the Chinese powder into his breakfast yoghurt one  morning in 2012 with the help of his daughter, Kika Notten. It sounds like a typical “completed life” scenario – except that van Manen was quite demented and may not have understood what he was doing. Ms Notten knew that she was in a grey zone, legally speaking. However, she was careful to inform a local doctor and two police officers. They did nothing.