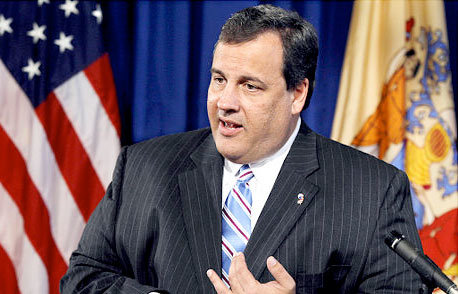 February 8, 2016 (LifeSiteNews) — I'm a member of the clergy and for the past eight years have lobbied the powerful in Trenton, covering the administrations of both Governors Jon Corzine and Chris Christie.  I did much of my work on behalf of the New Jersey Family Policy Council, associated with Tony Perkins' Family Research Council.  I am currently the President of the Center for Garden State Families.

Those of us who are engaged in the fight to secure the right to believe, speak, and practice the Christian faith in America were all heartened by the election of a Pro-Life Governor in 2009.  Not only did Chris Christie run as an open Pro-Lifer, but he adopted a position in support of natural marriage in the course of the campaign.  And when legislative Democrats attempted to pass same-sex marriage in the lame duck session, so they could have outgoing Governor Corzine sign it into law, Chris Christie rallied opposition and stopped it.  Those were the early, hopeful days; but as Governor, Chris Christie has presented himself in an inconsistent, even scatterbrained way, often making decisions that go against earlier stated beliefs.

One of his first decisions was to make a liberal Democrat the state's Attorney General.  Once approved by the Senate, and she was, the Attorney General could not be fired by the Governor, as was the case with other cabinet officers.  This gave a liberal Democrat enormous power and she used it to join up with liberal Massachusetts Attorney General Martha Coakley in filing a brief against Christians in a case called Christian Legal Society v. Martinez.  Just one day after being sworn in, the newly appointed state Attorney General took the most aggressive legal posture available to defend former Governor Corzine’s one-gun-a-month handgun rationing law, moving to dismiss an NRA lawsuit to overturn the law, and later vigorously opposing the NRA’s motion for a preliminary injunction in the case.  Because of this appointment, New Jersey did not join in the lawsuits to overturn ObamaCare.

Governor Christie appointed a radical “sexologist” to run the NJ Department of Children & Families.  This appointee would later resign when it emerged that she had held the top job in an organization that had supported a study advocating the normalization of some forms of adult-child sex.

His judicial appointments were also confusing.  While claiming to oppose same-sex marriage, Governor Christie nominated an openly gay Republican to the state Supreme Court who supported it.  Even Democrats wouldn't support this plainly unqualified appointment, and he never served.  The Governor supported the advancement of a liberal Democrat to the job of Chief Justice, while refusing to support the re-appointment of a Republican and the Court's most conservative member.  He also appointed a controversial defense attorney who had defended a number of Islamic extremists who had violated immigration law.

In 2013, many of those in the Christian community opposed legislation that banned young people from receiving counseling and therapy to lead them away from homosexuality.  As an ex-gay myself, I could have personally attested to the benefits of such counseling, much of which is no different than what is found in contemporary twelve-step programs.  However, the Christian community opposing the ban was not afforded the opportunity to meet with the Governor.  Only the homosexual community with its pro-ban agenda was given that benefit.

I don't blame the Governor for this, but I do blame his staff.  As President Ronald Reagan said, “personnel is policy,” and  Governor Christie's choices in personnel have not advanced the policies he campaigned on, and often it was the direct opposite.

New Jersey ended up being just the second state in the country that only allows young people to receive counseling that advocates homosexuality, but bans by law counseling that advocates heterosexuality. When he signed it into law, Governor Christie embraced the made-up “science” of the propagandists, when he cited un-specified “research” that “sexual orientation is determined at birth.”  This is the so-called “gay-gene” trope that has baffled those engaged in the Science of Genetics because it has never been discovered.

As a candidate for Governor, Chris Christie talked the talk and raised the expectations of Christians in New Jersey. As Governor, and especially in his appointments, Christie undermined our confidence in his leadership. Christians should ask tough questions before extending our faith in him again.