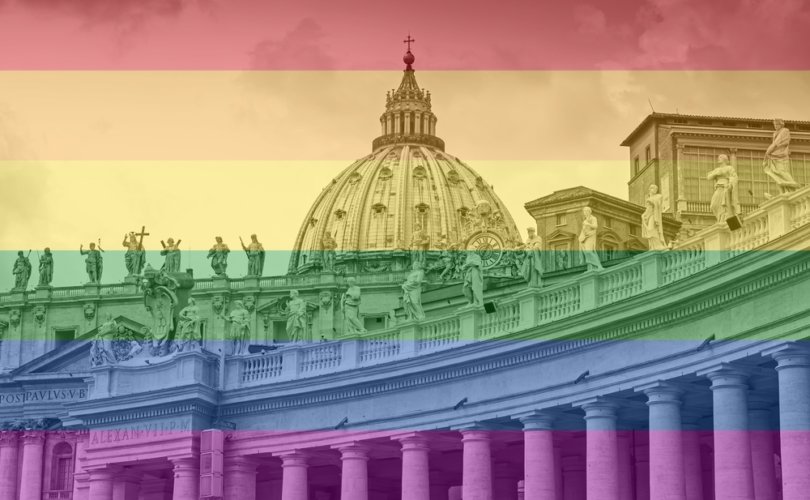 October 16, 2018 (American Thinker) – Politics and sex. There was a time when some of us “seasoned” individuals believed that you could not get enough of either. Sadly, that is not the case lately. Politics and sex; sex and politics. I do not know about you, but it has not been good for some folks in a long time.

Sex in some form is all part of a day's work for a political figure. It can range from criminal behavior (alleged or actual) to extramarital (real or imagined) to issues of gender (same or trans or whatever is in vogue at the moment). Former Louisiana governor Edwin Edwards combined all of them when he famously said the only way he could lose the 1983 election was “if I'm caught in bed with either a live boy or a dead girl.”

Most of the time, the scandals fade into the mist and the dark nightmare that spawned them. Other times, they breed and grow because smart people make stupid statements that keep the controversy on the front pages.

The Vatican's latest attempt to explain the growing scandal of pedophilia among priests is such a case. The Holy See still does not see that there is no easy way out of this mess.

Reuters reported this week that Pope Francis continued his campaign to make the theology of Evil the main issue instead of the child-molesters and those who gave them cover. “[The Church must be] saved from the attacks of the malign one, the great accuser and at the same time be made ever more aware of its guilt, its mistakes, and abuses committed in the present and the past,” Francis said in a message Sept. 29.

A friend, a member of the Eastern Orthodox clergy, called BS on an Oct. 6 statement from the Vatican press office asserting that the massive and pervasive (my words, not theirs) cover-up “would not be consonant with a contemporary approach to such issues” and that child abuse and cover-ups “represent a form of clericalism that is no longer acceptable.”

My friend rightly pointed out that the Vatican wants us to believe that the problem is not that somebody did something wrong, but that our standards have changed when it uses phrases like “contemporary approach” and “no longer acceptable,” as if this sort of thing were acceptable at any time.

I am always amazed at the Vatican's deafness on this subject and its inability to take a rock-solid position. It reminds me of a politician or celebrity who does or says something outrageous and then says, “I'm sorry if I offended someone.”

No one, particularly victims, wants to hear the Vatican's version of that old joke “the Devil made me do it.” People want to hear the vicar of Christ say, “The abuse was wrong, the cover-up was wrong, everything associated with these horrible acts was wrong. For all of that, we can only ask for forgiveness and prayers. But these will not change the past. So I ask for your prayers and help to change the future, knowing that the Devil himself is working overtime to destroy the Faith and the faithful and that we, as shepherds, cannot now and will not again allow the Wolf of Souls to destroy our flock.”

Words alone mean nothing. Public relations professionals churn out millions of words a day that mean nothing until someone takes action. No one expects the Spanish Inquisition (with no apologies to Monty Python), but all victims of child sexual abuse and all people, regardless of religious belief, expect and demand accountability, a path to justice, and a promise to stamp out the evil wherever it lurks.

John David Powell is an award-winning journalist living in Texas. His email is [email protected].