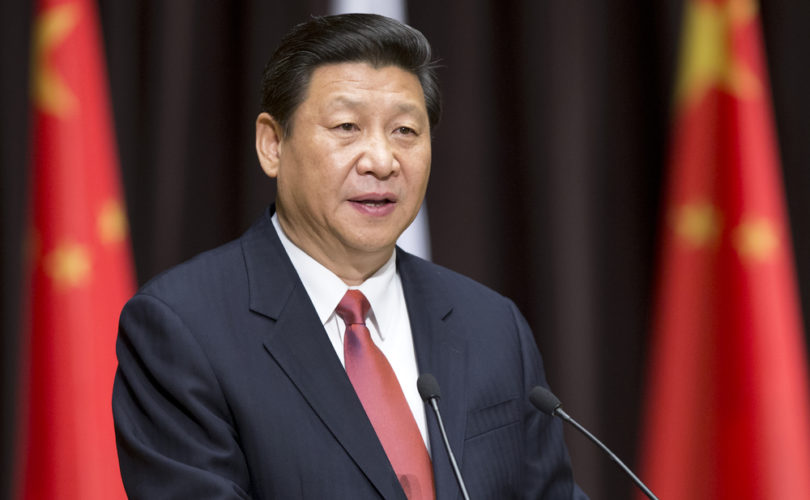 June 10, 2019 (American Thinker) — China and India will allow the West — led by the United States and the European Union — to destroy themselves through dysfunctional domestic and continent-wide politics. This isn't a Donald Trump or E.U. issue, but electorates having a vague understanding of how societies function, particularly when it comes to energy.

The “Green New Deal” is evident of that fact. The plan has no chance of ever working under current technology and the taxpayer monies available — not to mention that the first “New Deal” was a failure. China and India will allow the U.S., the E.U., NATO, and their Asian allies to “[m]uddle through endemic crises menacing to [their] very existence (e.g., economic stagnation, demographic decline, rising unassimilated Islamic populations in many EU democracies, high taxes, mounting debt and the fiscal unsustainability of Western European social democracy).”

Without energy, you have nothing. China and India understand this better than the West, since their citizenries and leaders view energy through the lens of what will help over two billion combined citizens: join the prosperous, consumer-driven Western world. Most Western, environmentally sensitive nations believe that fossil fuels are evil. Instead, Western countries strive for renewable energy and to be carbon-free. Even if the U.S. were to cut its CO2 emissions “100 percent[,] it would not make a difference in abating global warming.”

China and India have never bought into that notion of energy, or economies based on supposedly carbon-free renewables that inspire their nations toward a cleaner world. I wish they would, but that isn't reality. Both countries will continue importing, exporting, and excavating tankers full of coal, oil, and natural gas from countries that are authoritarian human rights–abusers such as Saudi Arabia, Russia, Iran, Venezuela, Iraq, Nigeria, Angola, and Algeria.

Furthermore, Chinese and Indian politicians, and increasingly African politicians, will never allow lack of pipelines, domestic politics, or sensitivity to Western environmentalists keep them from first-world status enjoyed by the U.S., the E.U., and Asian nations like South Korea and Japan.

Naïve thinking, bordering on Western suicide, reflects that China and India will stop using fossil fuels, led by coal. Each country understands that coal is plentiful (“estimated 1.1 trillion tonnes of proven coal reserves worldwide that at current rates of production will last 150 years”), and it is scalable, reliable, and cost-effective to the end user, with the best energy density of all fossil fuels or renewables available.

Since the U.S., Russia, China and India have the largest global coal reserves, and each country is vying for geopolitical dominance, they will continue using coal in record amounts. Energy is then a geopolitical weapon. Europe does not understand this fact.

Only Donald Trump seems to have gained clarity on this issue, with the U.S. using its newfound shale oil and natural gas power to its geopolitical and global advantage. Daily global media onslaughts, U.S. Democrats, and NeverTrump Republicans constrain Trump at every turn and facilitate the U.S.'s waning power. China and India sit back and do nothing, knowing that the West is too weak to come to the U.S.'s or Trump's rescue.

Renewable energy advocates can speak, write, and publicly lobby claiming that solar- and wind-produced electricity is the same cost or dropping compared to oil, natural gas, coal, and nuclear. This claim is false. Renewables cost more to ratepayers and nations compared to fossil fuels or nuclear.

Without having a basic understanding that every single wind turbine and solar panel is intermittent and has to be continually backed -up by fossil fuels, the West is committing environmental degradation and putting itself at risk against China, Russia, Iran, and North Korea. Based on self-interest rightly understood, India will then choose aligning with countries hostile to Western interests over environmental concerns.

A great power struggle has broken out between the world's largest democracy — India — and the world's largest authoritarian state — China — and whichever country uses the most energy will win Asia for the rest of this century. National security and the competition between them over Asia are at the crux of why they will watch the West destroy its own economies over bad energy policies.

Sure, India and China will use natural gas, nuclear, and oil, but coal is where each economy finds its basic energy resource. Horrible for world emissions, air pollution, and global health, but how do Westerners, the United Nations, and environmental organizations tell both growing countries they cannot have access to the same energy opportunities and growth the West has now had for over seventy years?

All great nations, including China and India, view energy as a domain of power. The West already has its power but no longer knows how to use it the way it did during the Cold War. Global warming, abortion, marriage, and renewables versus fossil fuels have overtaken realism in all facets of government, military strategy, and economics, as well as countering the global threats from China, Russia, Iran, Venezuela and North Korea.

Raw, amoral geopolitics that will grow economies, engage realist strategies, house militaries, and feed energy-hungry populations is the new Cold War. Social issues are important, but unless you are talking about the unintended consequences of abortion in the U.S. and China, these issues have no valid correlation within energy geopolitics. Energy and electricity are at the forefront of which ideological viewpoint will win the 21st century.

Accessible energy becomes more important than ever as the competition between China and India heats up. Unless something drastically changes, the West will diminish significantly — ushering in the “Asian century,” with China and India biding their time to take over the U.S.-led liberal order that was created after World War II ended.