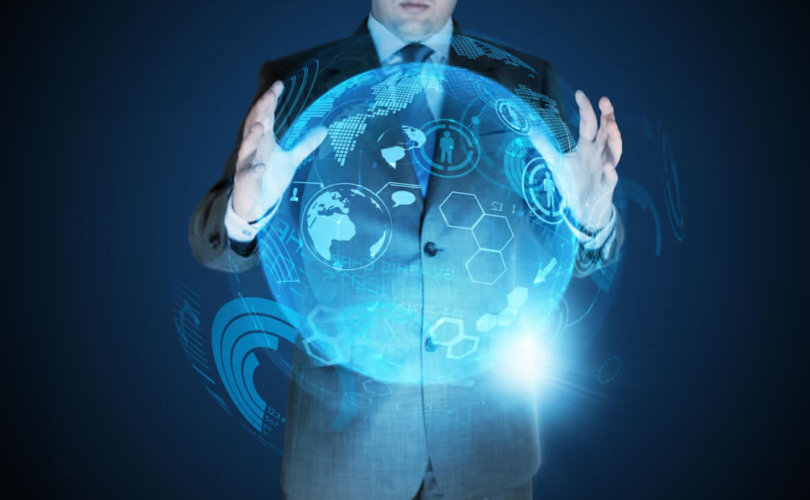 (LifeSiteNews) – The last three years have seen a serious escalation in the means used to manage the populations of the West. In the formerly free world we were used to denouncing other states – regimes – for using force on their citizens. Our way was and is different. The methods used upon us were formerly based on suggestion, choice, aspiration and desire. They are now something else entirely.

Operation COVID saw the launch of a massive pyschological operation to terrify and vilify the population into submission. Our freedom was abolished overnight. Movement, association, and opinion were all controlled. Those who suffered the most were not the sick but the well – mentally and physically – as any sensible criticism was denounced as the raving of dangerous conspiracy theorists.

Worse, if you questioned the useless masks, the hand sanitising ritual, the lunacy of lockdown and noticed the fact that first forced ventilation and then vaccines killed and disabled people you were a ghoul who condemned people to die.

READ: How to admit you were wrong about COVID and reconcile with friends and family

The inversion of reality here – where the truth becomes taboo, and lies the only respectable position – is what happens when an information war has been fought and won. Operation COVID isolated people from one another in a way never before attempted, making them reliant on screens for their connection to the world.

This replaced the healthy human dimension with a readily manipulated, screen-based version of reality which has in the minds of many come to replace completely what is really there. COVID delivered us into the hands of a sophisticated machinery of mind control, complete with its own reward and punishment structure, offering a safe and effective alternative to the unsanitary and unpredictable hazards of real life experience.

The kind of nonsense fed to you – to which you are supposed to attach your strongest feelings, and about which you may only speak using the officIally approved terms – is better known by some as The Current Thing. This is the issue of the day about which we must all be very concerned. It was Orange Man Bad as we were all instructed to hate Donald Trump, then COVID, followed by BLM and the mostly peaceful riots, and now it is Ukraine. Other favourites include imminent climate collapse and the evils of eating meat. Each current thing supports the next, as it is an update as to how to react to a chaotically amoral world.

WATCH: Establishment is allowing Ukraine to escalate to war

The consolations of this are obvious. Instead of having any principles you can simply download your opinions and beliefs from the internet. This gives you an instant ingroup to join, and a bunch of idiots you can immediately despise. It helps you feel superior that someone on the television reinforces everything you now think. There is an obvious divide between people who have televisions and who don’t, since it helps to not have the thoughts of Satan himself broadcasted into your mind in the background.

The media does not inform but instead instructs you as to what you are obliged to believe today. There are serious penalties for failing to do so. Information warfare is different from the ordinary consumer propaganda as it penalises those who do not submit, as it humiliates those who do. It demands you deny the experience of your own life, contradicting your common sense with a narrative which is designed to replace reality with a parallel world of explanations – none of which make sense.

This is the reason people find it so very offensive to be reminded of the facts. Even doubt – over election results, the wisdom of printing vast amounts of money, the project of Forever War and the permanent state of terror produced by an endless sense of crisis – is enough to condemn you. In this war the only acceptable position is submission.

— Article continues below Petition —
Demand that the Archdiocese of Indianapolis let Kim Zember speak!
Show Petition Text
4962 have signed the petition.
Let's get to 5000!
Thank you for signing this petition!
Add your signature:
Show Petition Text

If you aren’t convinced you remind others of the humiliating gap between what they are told to believe and what is really there. Omicron is a cold. The President of the United States is demented. There is no climate crisis. Russia has not blown up its own pipelines. George Floyd is not a saint. A man in a dress is not a woman.

If you have not gone insane as a result of all this gaslighting you should be proud of yourself. The goal of information warfare is not to persuade people. It is to break them. It teaches you to trust only its own messages, to doubt yourself now and forever, to abandon your ability to think and to feel independently of the terms and conditions of the media reality.

The result of this is devastating to the individual. People become averse to real world encounters, preferring the heavily moderated world of antisocial media and its tightly controlled, simplistic alternatives to the truth. This means that even if our elections were fair and free, the people voting in them are not in control of their own emotions, and cannot make informed decisions on which to give their consent to be governed. Juries are schooled by the news cycle.

As long as this regime continues, we cannot seriously be said to be free, because freedom of conscience is the number one enemy in this escalating campaign. The information war is the only one the West is winning, and is the thing our Regime does best.

We live in a world managed by people who consider us the enemy, because our minds have not been captured. This has changed the West forever, as its survival now seems to be staked on the suppression of sanity amongst its own citizens.

Frank Wright lives in Hampshire, UK,  with his family. You can read more of his reality reviews here https://frankwright.substack.com/