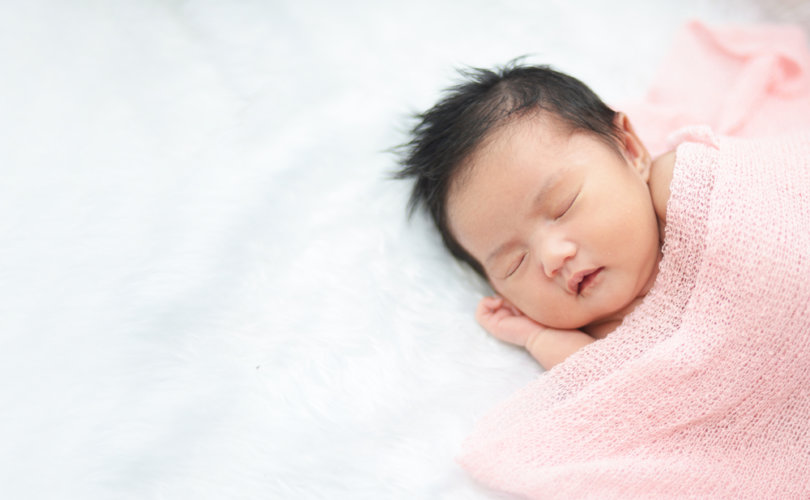 January 18, 2017 (LifeSiteNews) — From the Mission Statement for the upcoming Women’s March on Washington Saturday, January 21, 2017:

The Women’s March on Washington will send a bold message to the world that women's rights are human rights. We stand together, recognizing that defending the most marginalized among us is defending all of us.

On Jan. 16 a women’s pro-life group, New Wave Feminists was officially removed as a partner for the Women’s March on Washington.  Apparently, the gatekeepers of feminist orthodoxy have no problem “marginalizing” millions of pro-life women.

But there is a much larger marginalized group of girls the March will fail to recognize and defend.

The March statement proclaims they are sending “a bold message to the world…that women’s rights are human rights.”

The organizers of the Women’s March on Washington, because of their blind allegiance to abortion rights orthodoxy, will refuse to speak out against the greatest genocide against females in the history of the human family.

Marie Smith is a fulltime member of the Priests for Life team, serving as Director of the Parliamentary Network for Critical Issues (PNCI). She works with legislators around the world to advance respect for life in law and policy.

… over 160 million girls in Asia…received a death sentence in acts of gendercide—elimination based on sex—simply because they were not boys. Sex-selection abortion is widely known to occur in countries with a cultural preference for boys, especially China and India…[1]

This gendercide has resulted in great imbalances in the numbers of men and women in these nations.  CBS News Sixty Minutes aired a segment entitled China: Too Many Men

… China has too many men…an average of 120 boys are born for every 100 girls, the greatest imbalance in the world. China imposed its strict and harshly enforced one-child policy in the 1980s…couples, faced with having only one child, went to great lengths to ensure it was a boy. And 60 Minutes found they still do…  And, as a result, by conservative estimates, more than 8 million girls were aborted in the first 20 years of the one-child policy.

Another consequence of this imbalance, that should be of great concern to the feminist organizers of the Women’s March, is how gendercide and the resulting shortage of young women available for marriage, contributes to increases in sex trafficking, forced prostitution, and the kidnapping and selling of women and girls as brides in developing nations.

The Women’s March may also want to consider one of the deadliest symptoms of psychological trauma suffered by many Chinese women who experienced forced abortion under China’s one-child policy:

China has one of the highest female suicide rates in the world, as 590 women a day ended their own lives in 2012, according to the Chinese Center for Disease Control and Prevention.[2]

She points out that the fallout from the gendercide against unborn girls will impact countries like China for years to come:

Millions of missing daughters and daughters-in-law, who had they been allowed to be born, would likely be caregivers today. With the breakdown of the family unit, the government struggles to provide for elder-care and security.

New Wave Feminists will not be the only pro-life group to provide a counter-witness at this March. The Silent No More Awareness Campaign will also have a presence there to represent the women devastated by abortion.

Until the pro-abortion feminists running the Women’s March are replaced with leaders who will respect a greater diversity of opinion on the issue of abortion, they will continue to “marginalize” millions of pro-life women.

The greater tragedy is that as they gather to defend the rights of women around the world, the leadership of the Women’s March on Washington will be willing accomplices in the ongoing gendercide against vulnerable poor women and their unborn baby girls.