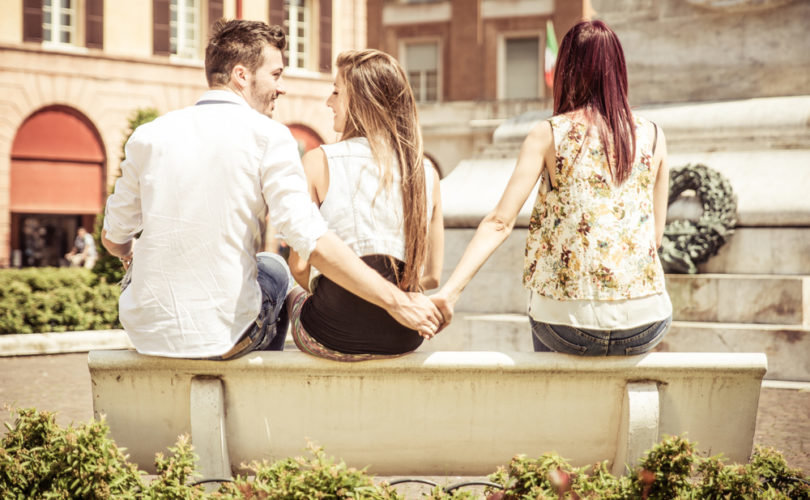 September 10, 2015 (BreakPoint) — In mid-July, a group calling itself the “Impact Team” announced it would release the names of people who used the Ashley Madison website if its owners didn’t shut the website down.

If you hadn’t heard of Ashely Madison back then, chances are you now know more than you care to about the site, which brings together people who seek to have extramarital affairs. Its motto tells you all you need to know: “Life is short. Have an affair.”

The site’s ownership didn’t comply with the demand, and in mid-August, the “Impact Team” released more than 25 gigabytes of data. As soon as the data was released, people combed through it looking for potential targets for humiliation, or even worse, extortion.

But this isn’t just a problem that’s “out there” in the world. Ed Stetzer of Lifeway Research estimates that “at least 400 church leaders (pastors, elders, staff, deacons, etc.)” would be exposed in the Ashely Madison affair. (Pun intended.)

In one post, Stetzer wrote that just as people reap what they sow, cultures do as well. Citing the story about the Old Dominion University fraternity’s signs that read “freshman daughter drop-off” alongside the Ashely Madison story, Stetzer wrote, “at some point, we must ask, ‘Is this what we really wanted when culture turned against traditional sexual mores?’”

And as it turns out, in some instances, the victims of that revolution include churches and other ministries. As Ed says, “When the shepherd has violated a sacred trust, it harms the whole flock. This is not the time to act as if everything is fine, rush together a pastor search team, while ignoring the hurt and bleeding flock.”

After all, he continues, “Even when members of a church don’t idolize their pastor, there’s still a great deal of implicit trust in the relationship. The members believe the one teaching them week after week is the same in the park as in the pulpit, the same in public as in private. When a revelation like the Ashley Madison hack occurs, the breach of trust is severe, and often lasting far beyond his moment.”

People should also take care of the pastors’ families. They are principal victims and yet, perversely, they’re often unintentionally punished along with their betrayers.

And most of all, we should remember that “God’s grace is sufficient for the shepherd who falls, and the flock that’s left vulnerable. “We have a Great Shepherd, a Chief Shepherd, who is for us what earthly shepherds can never be,” Ed writes—“perfect, absolutely trustworthy, and never failing. It is He who leads us beside still waters in and into green pastures. Let us place our faith in Him, and we will find rest for our weary souls.”