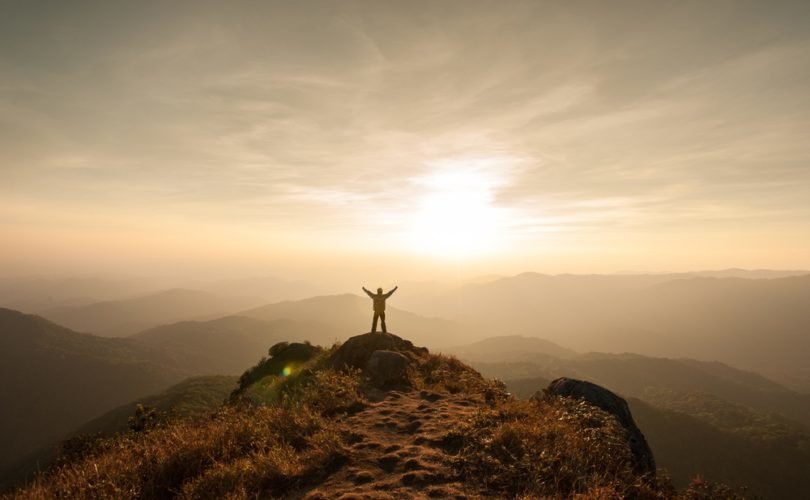 May 7, 2021 (AIER) —  A debate between climate optimist John Christy (University of Alabama, Huntsville) and climate pessimist Kerry Emanuel (Massachusetts Institute of Technology), hosted by Russ Roberts of EconTalk, found agreement that climate science is far from settled. Emanuel, for his part, author of the 70-page primer What We Know About Climate Change (MIT Press: 2018), stated: “If I’d written a book called What We Don’t Know about Climate Science, it would have been an encyclopedia.”

Friend and foe can agree: climate science remains highly unsettled. But more importantly, there are clear reasons for climate optimism in a CO2-enriched world.

Revisiting the physical science is timely. Article 12 of the (U.S.-rejoined) Paris climate accord instructs member nations to “enhance climate change education, training, public awareness, public participation and public access to information … with respect to enhancing actions under this Agreement.” Climate activists, in this regard, are lobbying for compulsory education in schools “to build broad support for solving climate change and for building a more equitable society.”

But climate education should fairly present both sides of a complex subject. Unwarranted conclusions about a human-caused climate crisis would ill-inform the public. To this end, different arguments against climate alarm (and forced energy transformation) should be highlighted to counter the Malthusian notion that self-interested economic progress is engendering climate chaos.

Begin with some basics.

First, carbon dioxide (CO2) is not a traditional pollutant. The criteria air pollutants are ground-level Ozone (O3), Particulate Matter (PM), Carbon Monoxide (CO), Lead (Pb), Sulfur Dioxide (SO2), and Nitrogen Dioxide (NO2). A dangerous CO2 concentration (such as might occur in a confined space) is in the thousands of parts per million (ppm); ambient CO2 levels are around 415 ppm. Thus, CO2 is a politically designated pollutant.

Second, atmospheric CO2 is a trace gas. In percentage terms, CO2 composes about four-hundredths of one percent (0.04%) of the atmosphere. So, when scientists claim that incremental changes in atmospheric CO2 concentrations from human activity (burning fossil fuels, primarily) is the “control knob” of global climate, they have a lot of explaining to do.

Climate changes without human influences because of natural forces. Solar variability (direct and indirect). Orbital changes. Ocean currents. Volcanic eruptions above ground and in the oceans. Internal variability such as the El Niño–La Niña cycle and the Arctic Oscillation. Even the Butterfly Effect. “Climate is always changing,” stated James Hansen, father of the climate alarm:

Climate would fluctuate without any change of climate forcings. The chaotic aspect of climate is an innate characteristic of the coupled fundamental equations describing climate system dynamics.

Trying to get these factors down to a decimal point, or postulating ceteris paribus to sideline nature, hardly yields settled science in the quest to isolate and measure the enhanced greenhouse effect.

Third, while the net warming effect of CO2 on global climate has been qualitatively established, the cooling offset of sulfate aerosols has measurement unknowns. At one time, SO2 emissions gave rise to fears of global cooling, even the onset of a new Ice Age. That falsified scare was endorsed by mainstream scientists such as Stephen Schneider, as well as by John Holdren, Barack Obama’s two-term science advisor.

“Certainly the threat of another ice-age was the topic of much scientific and popular discussion in the 1970s,” stated meteorologist Harold Bernard in The Greenhouse Effect (1980: p. 23):

Books and articles entitled “The Cooling,” “Blizzard,” “Ice,” and “A mini Ice Age Could Begin in a Decade,” abounded. The “snow blitz” theory was popularized on the public television presentations of “The Weather Machine” in 1975. And certainly the winters of the late 1970s were enough to send shivers through our imagination.

Humility is necessary in regard to physical climate science. Events and data can change in ways that require ex post explanations and inspire new theory. Researchers are not necessarily out of the more-you-know, the-more-you-realize-you-don’t-know phase.

Fourth, settled science stops when alarmism comes in. Specifically, the initial warming from CO2 is modest, benign, and likely positive for the biosphere and human welfare. It is much debated, unresolved feedback effects that elevate the initial warming to problematic levels for market adaptation.

Climate models are on trial, because climate sensitivity depends on complex equations that might be proximate, wrong, or incomplete. What Judith Curry calls the uncertainty monster with climate knowledge results in error-in, error-out modeling that has plagued neo-Malthusians ever since the MIT Club of Rome model of the early 1970s.

Fifth, for every scientific alarm, there seems to be a moderation of that alarm. The litany of past false and exaggerated claims by climate activists/scientists is legion, from temperature and sea-level rise to hurricane frequency/intensity to drought/floods to ocean acidification. Bjorn Lomborg and Roger Pielke Jr., in particular, regularly present statistics and trends that cool climate hyperbole.

Climate reporting in the mainstream media is all-bad-news, all-of-the-time. Increasing CO2 is portrayed as negative, never benign or positive. But why should the human influence on global climate be all one way? Is natural climate “optimal?” Would declining CO2 levels be climate bliss? This oddity reflects philosophy, not science: the deep-ecology notion that an anthropogenic influence on climate cannot be good because it is not natural.

Absent this peculiar philosophy, greater photosynthesis from atmospheric CO2 enrichment can be applauded. Warmer can be characterized as better too, with cold-related deaths a multiple of heat mortality. Minimum temperatures are rising as much or more than maximum temperatures, in fact, particularly in the coldest regions at the coldest times of the year. That’s benign-to-favorable. Ditto for food production around the world, part of a global greening from the green greenhouse gas.

There are distinct advantages, not only disadvantages from the human influence on global climate. Entrepreneurship in an environment of do-no-harm public policy works to elevate the good and minimize the bad — creating business-as-usual progress.

Revealingly, climate alarmists have no theory of entrepreneurship, just prescriptions for bigger government to correct the alleged failure-of-all-market-failures.

Wealth-is-health capitalism has proven to be the best climate policy. The human condition has radically improved in the last century during — and because of — increased CO2 emissions and atmospheric concentration. The large reduction in climate-related mortality speaks for itself. As Alex Epstein states, fossil fuels “don’t take a naturally safe climate and make it dangerous; they take a naturally dangerous climate and make it ever safer.”

Climate alarmism, never proven, is speculative — and increasingly so. Climate models are overpredicting real-world warming by half. For climate economists, lower-range anthropogenic warming flips the alleged externality from negative to positive. In any case, as leading scientist Roy Spencer concludes, “There is no Climate Crisis. There is no Climate Emergency.”

Robert L. Bradley Jr., AIER Senior Fellow, is the founder and CEO of the Institute for Energy Research. He is author of eight books on energy history and public policy and blogs at MasterResource. Bradley received a B.A. in economics from Rollins College, an M.A. in economics from the University of Houston, and a Ph.D. in political economy from International College.

Published with permission from the American Institute for Economic Research (AIER).