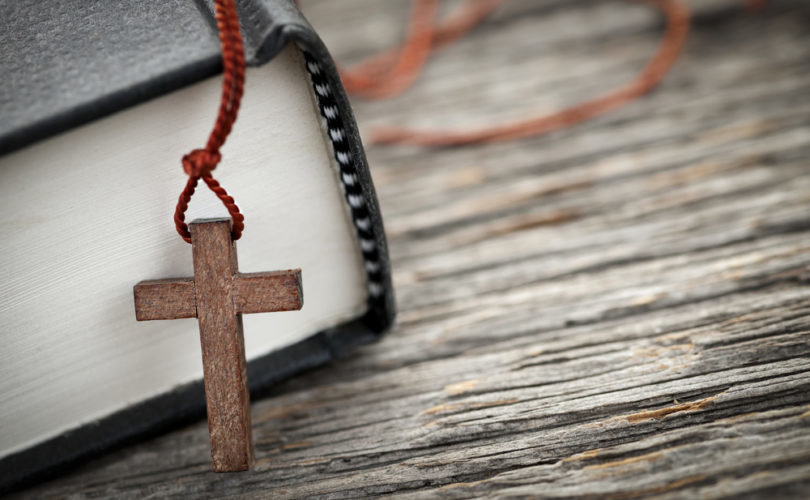 Just this month, we watched a family-owned pizzeria close its doors after its owners received hate mail and death threats from around the country. Their offense? Giving the wrong answer to a question about whether they'd cater a gay wedding. Keep in mind that the restaurant had never actually turned down a gay customer. They were hammered for holding the wrong beliefs about a hypothetical scenario!

Major corporations are getting into the bullying act, as well. At least two state governments have now backed down or modified religious freedom legislation in response to pressure from companies like Walmart and Salesforce. Keep that in mind next time you think about shopping at Walmart.

And this culture-wide search-and-destroy mission is only accelerating. As Princeton's Robby George writes in First Things, activists for the new sexual orthodoxy are “giddy with success and urged on by a compliant and even gleeful media.”

The message is clear: not only should Christians remain silent about gay marriage if we know what's good for us, but we must be made to agree with and even celebrate what Scripture calls sin. As Ana Marie Cox recently said of Christians on MSNBC, “you're going to have to force [them] to do things they don't want to do.”

But gay columnist Frank Bruni recently took it to the next level in the New York Times, writing that it's time Christians get with the program and “take homosexuality off the sin list.” The lived experience of same-sex couples ought to trump what he calls the “scattered passages of ancient texts” condemning his lifestyle. Wow.

As for freedom of religion, Bruni suggests a new definition: “freeing . .  . religious people from prejudices that they . . . can indeed jettison, much as they’ve jettisoned other aspects of their faith’s history, rightly bowing to the enlightenments of modernity.”

I'm reminded of a scene from C. S. Lewis' “The Last Battle,” in which Shift the Ape explains to the poor creatures of Narnia why they're being shipped off to the Calormene salt mines.

Writing at National Review, Yuval Levin says what we're witnessing isn't so much the suppression of free exercise of religion as it is the establishment of a new national religion; the religion of secular liberalism. And dissenters must be forced to worship at its altar and affirm its creed of anything-goes sexuality.

Given the likely outcome of this summer's Supreme Court case on same-sex marriage, Rod Dreher asks what will it be like to be a Christian in our brave, new society—and what will become of orthodox Christianity now that the price of professing it could be our credibility and livelihoods.

The answer, Dreher says, will depend a great deal on us. Will we hold fast to biblical teaching and refuse, in a manner of speaking, to burn incense to Caesar?

Friends, the fight for religious liberty is far from over. And as John Stonestreet and I have been saying again and again, it’s time for the Church to wake up, to pray, and to publicly defend our religious rights and our brothers and sisters under assault for their beliefs.