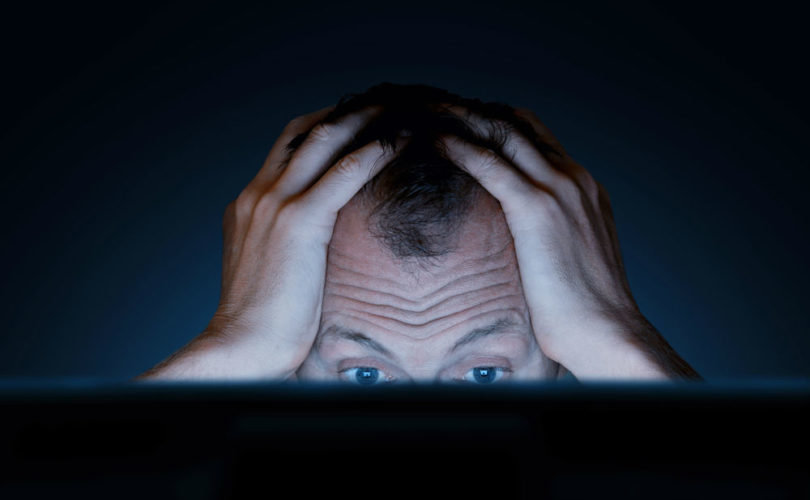 January 11, 2018 (CatholicCulture.org) – Monday was “one of those days” – a day that found me hating my work, wishing I had some other sort of job.

1. The first blow, and by far the worst, came with the news, released by the Washington Post Monday evening, that an old friend, Father C. J. McCloskey, had been disciplined for sexual misconduct involving a married woman, and that Opus Dei, of which I was once a member, had (not to put too fine a point on it) botched the handling of his case. Father McCloskey has done great things for the Catholic Church, drawing many converts to the faith and encouraging many cradle Catholics like myself to deepen their spiritual lives. The charges against him, however, reinforce my fear that every “celebrity priest” is vulnerable to special temptations, and just one misstep away from scandal.

It's painful to see a friend exposed to public obloquy. It's painful, too, to watch the Washington Post – which has shown only a tepid interest in the charges raised by Archbishop Vigano – in headlong pursuit of a priest who never wielded a fraction of McCarrick's influence. But long ago I resolved that I want to hear all the truth, good and bad. It will be a painful process, exposing all the rot within our Church. But it's the only way to begin the necessary process of reform.

2. Then I happened across several more news stories about the two US Senators (Senators Kamala Harris of California and Mazie Hirono of Hawaii) who cross-examined a judicial nominee about his membership in the Knights of Columbus. The two Democratic lawmakers attacked the KofC as an extremist organization, since the group opposes legal abortion. National Review has run an editorial defending the KofC against the charge of extremism, and Rev. Eugene Rivers, writing in the Wall Street Journal, encouraged non-Catholics to protest this clear violation of the Constitutional bar against any religious test for public office. All to the good. But what bothers me is the knowledge that Senators Harris and Hirono knew what they were doing when they launched their attack: they knew that they would score a few points with their liberal base, without incurring any severe penalty. The Knights, who boast nearly 2 million members, will not make it their business to ensure that Harris and Hirono are defeated when they run for re-election. On America's political scene today, attacks on the Catholic Church, and on its constituent groups, are not punished. And so the attacks continue.

3. Not just in the US, of course. The campaign against Catholic thought is even more aggressive on the other side of the Atlantic. At Oxford University, for instance, students have mounted a petition campaign to oust John Finnis, probably the world's leading natural-law theorist, from his faculty post, because he argues that homosexual acts are immoral. Finnis (who is a professor emeritus anyway) will probably survive this assault on academic freedom. But the petition is a reminder that less prominent academic figures will be under fire if they dare to profess their Catholic faith. In other words, Catholics will pay a price for the public expression of their views, in a way that anti-Catholics will not.

4. But even after all that bad news, I have to confess that what sent me into a tailspin was a statement by Pope Francis. Not because he said anything particularly shocking or objectionable, but because the statement defied rational analysis. Here's the line, from the Pope's message for the World Day of the Sick, that stopped me cold:

Dialogue – the premise of gift – creates possibilities for human growth and development capable of breaking through established ways of exercising power in society.

It's my job to report statements from Rome, and help readers to understand them. But I couldn't tell you what that sentence means, because it's nonsensical. Curious, I checked to see how Vatican Vatican News handled it, and found this:

The Pope also mentioned dialogue – the premise of gift – that, he said, creates possibilities for human growth and development capable of breaking through established ways of exercising power in society.

Well, that doesn't get us much further, does it? It's the same word-salad, without any explanation. Maybe Vatican News couldn't make heads or tails of the sentence, either. I couldn't blame them.

In the end I decided to include the sentence, verbatim, in our CWN news story, and let readers wrestle with it for themselves. That was a coward's choice, I admit. But there are days – and yesterday was one of them – when I just don't have the energy or the inclination to keep offering rational explanations of statements that don't bear rational scrutiny.

After a solid dinner and a good night's sleep, I'm ready to face the world again today. I've braced myself for more bad news; I know it's coming. I'm hoping that loyal Catholics will rally to the defense of Church teaching, and the defense of those who are being put on trial for their faith. The truth is that ordinarily I love my work, and if I can offer some guidance and support to those Catholics who are ready to defend the Church, then I've spent my time well. But I still can't make sense out of nonsense, and I'm no longer willing to try.