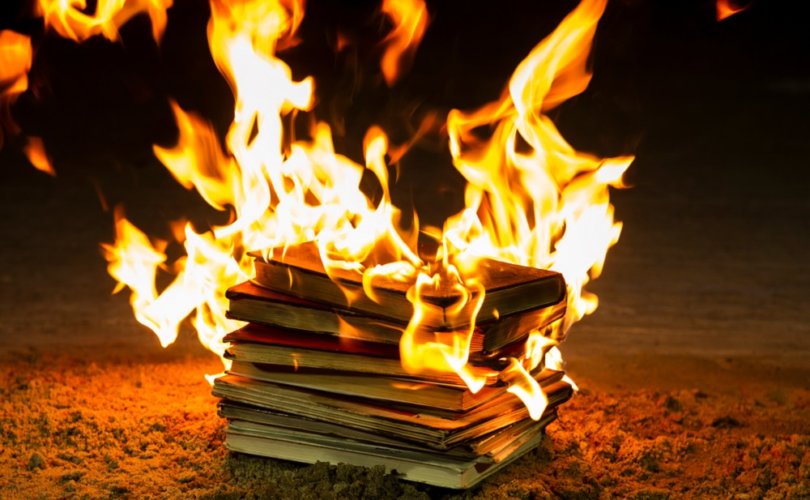 July 11, 2019 (Daily Signal) — On Amazon, you can buy almost any book written throughout human history — from the Bible to Adolf Hitler's “Mein Kampf,” or even a book glorifying pedophilia.

As of last week, however, you cannot get any of Dr. Joseph Nicolosi Sr.'s books about leaving homosexuality — because Amazon just banned them all.

From 1981 until his death in 2017, my father was the driving force behind reparative therapy. He invented, refined, and used this innovative counseling method to help thousands of men overcome the effects of sexual abuse and other deep-seated childhood traumas.

These men told my father that his scientifically sound practices helped re-orient their sexuality away from obsessions with pornography, and helped them reduce their unwanted same-sex attractions.

The books Amazon banned are the continuation of my father's legacy and of the changes that can take place through his methods. The books have hundreds of endorsements, from typical readers to past presidents of the American Psychological Association.

In one comment, which Amazon has now “banned,” a man said the book “Reparative Therapy of Male Homosexuality” saved his marriage.

Luckily for that man, he was able to find marital help before Amazon became the PC police. Today, he and many other families will now find fewer online resources than ever — not because science dictates their removal, but because LGBT ideology has shouted down sound science.

While Amazon is banning books — and restricting choice among those with unwanted same-sex attractions — some state governments are banning my father's therapeutic practices.

But it's clear that no government official who is voting to restrict client choice actually knows what reparative therapy entails. And with Amazon banning his books, radical LGBT activists hope to prevent even more lawmakers from ever finding out the truth.

Contrary to what these activists and their allies at Amazon claim, my father never advocated so-called conversion therapy.

Conversion therapy is broad, ill-defined, has no ethics code, no governing body, and is typically practiced by unlicensed individuals. My father had nothing to do with these or any similar practices, and as a therapist myself, I wholeheartedly condemn such a concept.

What my father did do was use his psychological training and his Judeo-Christian worldview to help men overcome traumas that they — and he — believed were leading them into a life that did not reflect the men they were truly designed by their creator to be.

He counseled families who were struggling with accepting their children, and he always told them, “Love your child, whatever the outcome of therapy may be.”

This week's book ban by Amazon and radical LGBT activists reveals the blatant hypocrisy of today's leaders of the LGBT movement: They celebrate exploration of every kind of sexuality they can imagine, unless that exploration happens to lead an individual toward a traditional, heterosexual lifestyle. That sort of exploration, of course, must be banned.

My hope is that there will be a large enough outcry from consumers that Amazon will rethink its decision. If it doesn't, my dad's books won't be the last to get blacklisted.

Published with permission from Daily Signal.