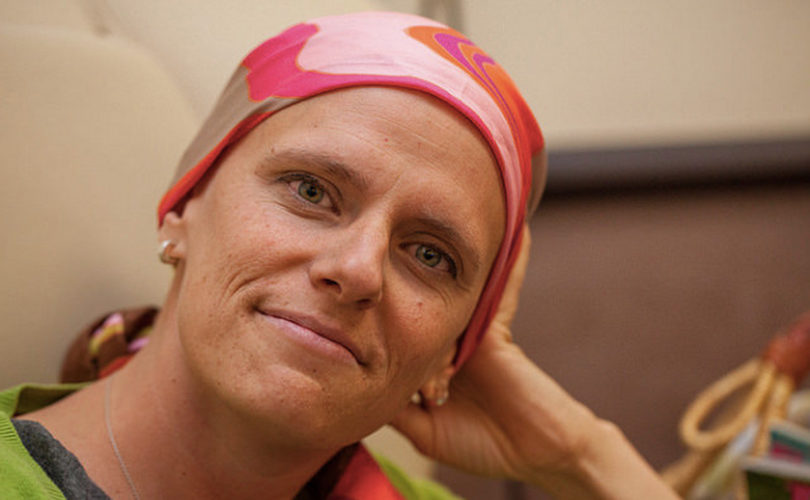 Maynard, 29, died as she said she would in her video released last month: at the time of her choosing, an option she had because of her move to Oregon, a state with right-to-die laws. Maynard, who was suffering from terminal brain cancer, used her last month to advocate for “death with dignity.”

It’s a phrase she used again in her goodbye note on Facebook. “Today is the day I have chosen to pass away with dignity in the face of my terminal illness, this terrible brain cancer that has taken so much from me … but would have taken so much more,” Maynard wrote, according to People.

Last month, she told People, “I’ve discussed with many experts how I would die from it [brain cancer] and it’s a terrible, terrible way to die. So being able to choose to go with dignity is less terrifying.”

I wrote last month that there is rarely any dignity in death. But the more I’ve thought about it, the more I’ve realized I was wrong. There isn’t much control in death, particularly if you suffer from a terrible disease. You may lose the ability to speak, to move freely, to control basic bodily functions. Your mind may wander. You may be gripped by unbelievable suffering.

But there is always dignity, because you remain human.

Because if we reject that dignity is inherent in every human being at every moment, what else will we cut off? If a death of terminal cancer, with all the terrible suffering it brings, isn’t dignified, what else will be classified as undignified?

What about Maggie Karner?

Karner has the same diagnosis as Maynard: terminal brain cancer. She also received her diagnosis earlier this year.

But in a video released last week, Karner, 51, is adamant that she will stay alive for as long as she can—and she urged Maynard to do the same.

And quite frankly, I’m not sure this world can spare any more public losses like that, with all the death and destruction going on everyday. We need the presence of people like you.

Please don’t let cancer get one more second of your life than it desires.

Or what about Kara Tippetts?

Tippetts, a 38-year-old mother of four, has breast cancer. And it’s terminal.

But she, too, urged Maynard to live, writing in October, “But in my whispering, pleading, loving voice dear heart – will you hear my heart ask you, beg you, plead with you – not to take that pill. Yes, your dying will be hard, but it will not be without beauty. Will you please trust me with that truth?”

I hope Brittany Maynard has found peace. She, and her family and friends who have been asked to shoulder an unbelievably hard burden, are in my thoughts and prayers—and I hope they are in yours.

But let’s let Brittany Maynard’s legacy be that we need to do what we can to prevent and diagnose as soon as possible brain cancer. Let’s not let it be that we start qualifying what deaths “count” as dignified.

Because when Maggie Karner and Kara Tippetts pass away, it will be with dignity.

Brittany Maynard says she will not commit suicide this weekend
I am a Catholic seminarian. I have terminal brain cancer. This is my response to Brittany Maynard.