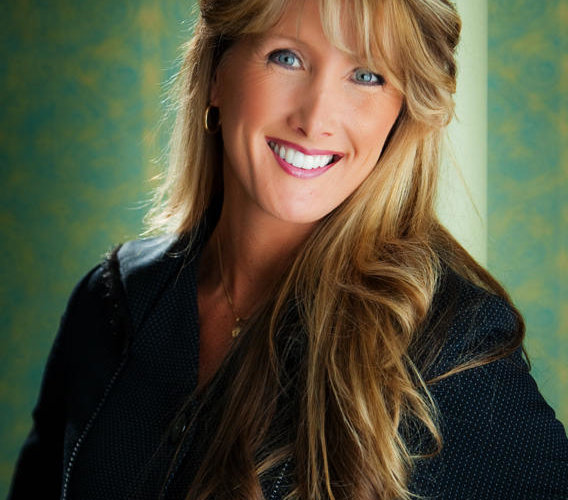 When Valerie Gatto discussed being “a child of rape,” the former Miss Pennsylvania USA was dubbed “the spawn of a criminal.”

March 10, 2016 (LiveActionNews) — When it comes to the death penalty, Amnesty International doesn’t mince words: capital punishment is “the ultimate denial of human rights.” Regardless of your crime, you shouldn’t be executed for it. How about executing someone for her father’s crime? Oh yeah, Amnesty’s fine with that.

Northern Ireland bans abortion in most circumstances, a fact Amnesty International wants to change. They’re especially upset about how the law protects children conceived in rape, calling it “a betrayal of women and girls.”

Not all women agree, of course. Northern Ireland’s first female leader doesn’t. Neither does American activist Rebecca Kiessling, which isn’t surprising. After all, a similar law saved her life.

Rebecca Kiessling’s biological father was a rapist. While her mother wanted an abortion, it was illegal at the time. Rebecca was put up for adoption instead, going on to become an attorney and an adoptive mother herself. That the law protected her is something she’s grateful for. To Amnesty International, it was “shameful.” They aren’t the only ones who think so.

Rebecca is regularly told she should’ve been aborted. Those feelings aren’t unusual; when Valerie Gatto discussed being “a child of rape,” the former Miss Pennsylvania USA was dubbed “the spawn of a criminal.”

Rape survivor Jennifer Christie has seen her son labeled as a “rapist’s DNA deposit” and something “from Satan.” She’s been attacked as well, with online commenters calling her “stupid,” “brain damaged,” “f–ked in the head” and “an a–hole” for not killing him. One woman’s email was particularly blunt: “I want to hurt you.”

None of these people got to choose how they were conceived, so their response is a little puzzling; had circumstances been different, they’d be the ones receiving hate instead of hurling it. Unlike some of the folks Amnesty International tries to protect, “rape babies” didn’t decide to harm others. The organization definitely wants to harm them, however.

Amnesty claims that capital punishment violates “the right not to be tortured or subjected to cruel, inhuman and degrading punishment.” If you don’t think an abortion does that, then listen to someone who’s performed over twelve hundred of them:

And the argument that abortion protects women just doesn’t hold up. In case after case, sexual predators have stayed out of jail by forcing their victims into cover up abortions. It’s not something the abortion industry does much to stop, either.

Planned Parenthood is America’s largest abortion chain, and staff there have performed abortions on girls as young as twelve while failing to notify authorities. They’ve also been caught offering  to arrange abortions on child prostitutes who can’t “speak English” and won’t “know what’s going on.”

But although Amnesty believes death is too cruel for convicts, they don’t see targeting children as a problem: the group applauded when Belfast’s High Court said protecting those conceived in rape is incompatible with the European Convention on Human Rights (Northern Ireland’s attorney general has lodged an appeal).

Despite what Amnesty International says, officials in Northern Ireland should keep defending children. Because while capital punishment is a controversial topic, there’s something we can all agree on: people choose their actions, but no one chooses their father. You shouldn’t die for what he did.