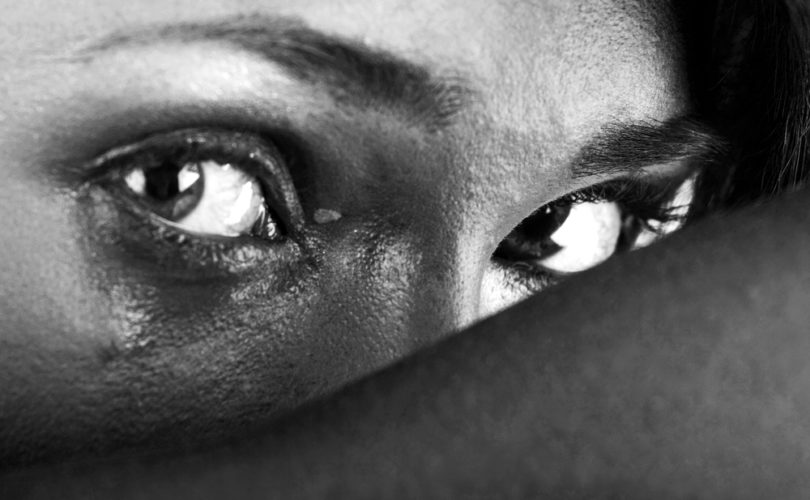 People across the country and around the world were outraged when news broke that a New York man allegedly strangled his pregnant girlfriend and forced an abortion-inducing drug down her throat, and Robin Marty was equally outraged – outraged that people were so upset. After all, the suspect only gave the woman “emergency contraception.”

Marty, an uber-feminist who writes at RH Reality Check and is a frequent contributor to Politico and Rolling Stone, wrote an entire column explaining why we should not be so upset, lest we develop a negative view of the morning after pill.

In 729 words, she cannot bring herself to condemn the fact that 44-year-old Thomas A. Pfeiffer may have forced a woman to abort a child that she wanted to keep.

She complains, “Both the Associated Press and local news reports refer to Plan B as a pill that could cause an abortion, despite the fact that studies have shown that emergency contraception only prevents ovulation.”

As I noted at the time, several New York state media outlets erroneously described Plan B as “not an abortion pill,” claiming that it “is not considered an abortifacient.”

Yet one of the world's foremost experts on the morning after pill, Dr. James Trussell of Princeton University’s Office of Population Research, co-wrote a report last February saying that “women must know” that emergency contraception, including Plan B, could cause an early abortion.

Marty eventually admits that Pfeiffer's alleged attempt to forcibly abort a child against the mother's will probably violates New York law, and her entire column “may seem like a massive amount of hair splitting,” but that's only because of the omnipresent war on women.

Even the police who arrested Pfeiffer may be part of the vast right-wing conspiracy to keep women-folk barefoot and pregnant, she warns darkly.

“The conflation of the two [emergency contraception and abortifacient drugs] has become so common place that the media has begun mixing them up in reporting, and even law enforcement is starting to accidentally confuse them in pressing charges,” she writes.

“Or maybe the police are doing it on purpose.” She goes on to warn the police may be “purposefully trying to establish a legal precedent for what constitutes an abortion.”

That's just like the police; strangling black men to death and strangling your access to birth control.

It's mildly amusing to see a woman whose entire political movement is based upon the Supreme Court's most inventive act of modern jurisprudential innovation raising the fearful specter that the Ulster County Sheriff's Office is engaging in judicial activism.

But for Marty, “the most disappointing aspect of the story is that it appears to be that act” of (reportedly) forcing a pregnant woman to ingest an abortifacient, and “not the actual physical assault on the woman herself” that became the focus of the story.

Nice attempt to feign concern for the woman. Pray tell, Robin, why do you think Pfeiffer was (purportedly) strangling this woman? He had no apparent desire to harm her before she told him her pregnancy test had come back positive. Until then, his primary interest was exploiting her in such a way as Marty and her companions wish to force the rest of us to underwrite through the HHS mandate.

The only reason would be to force her to ingest an abortifacient against her will and, if that failed, to abort the child by killing the mother. This does not surprise pro-lifers. Murder is one of the leading killers of pregnant women.

Pfeiffer's (alleged) actions are part of a long chain of men imposing their pro-abortion views on pregnant women by force when necessary and violence when expedient. John Andrew Welden was sentenced to 14 years in prison after he tricked his ex-girlfriend into taking an abortion pill. In July, Scott Robert Bollig of Kansas was charged with lacing his girlfriend's pancakes with Cytotec, causing her to miscarry their baby.

Coercion is so common that a meta-analysis of 74 studies published in PLOS Medicine in January found that one-quarter of all women who seek an abortion have been abused.

The Left, always eager to explore the “root causes” of social maladies, turns a blind eye to the rampant abuse that precedes a woman exercising her “right to choose.”

If you are “pro-choice,” at a minimum shouldn't that encompass the woman's choice to have a baby, especially one she is already carrying?

Of course, Marty is joined in her denial by Democratic Party Chairwoman Debbie Wasserman Schultz, who said for her native Florida to pass a law punishing men who force women to ingest abortifacient drugs would be “senseless and wrong.”

Marty and her ilk, who package their ideology in the guise of “women's empowerment,” focus so narrowly on advancing abortion that the baby and the mother have disappeared from their vision. Their radicalism is exposed for all to see.