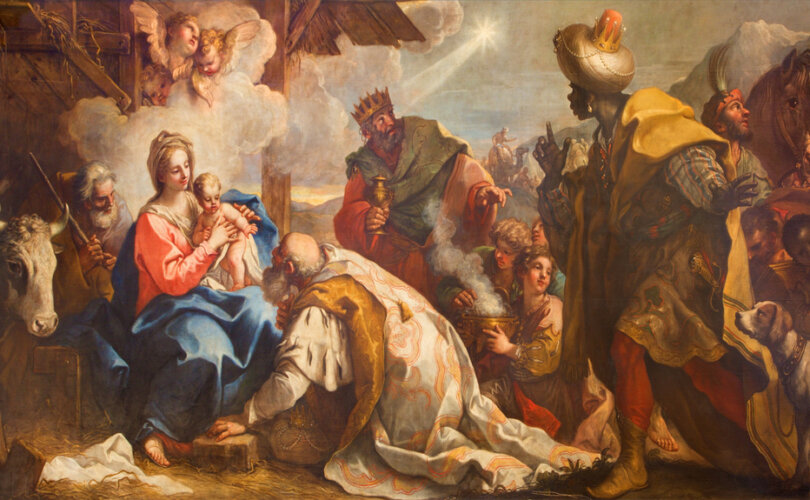 (LifeSiteNews) — On January 6, we not only celebrate Epiphany, but we celebrate the Feast of St. André Bessette. It’s fitting that on a day we celebrate the Wise Men offering gifts to Baby Jesus that we also celebrate a saint who was such a gift to others.

St. André Bessette was born as Alfred in Quebec in 1845. By the age of 12, he had lost both of his parents, so he had to support himself, which was not always easy because he tended to be sickly. However, from a young age, he had great faith and a strong devotion to St. Joseph. In fact, his faith was so strong that his pastor encouraged him to enter religious life. Alfred wholeheartedly agreed, so the pastor sent him to the Congregation of the Holy Cross with a note that said, “I am sending you a saint.”

However, when the leaders of the congregation found that Alfred was in poor health and would not be able to adhere to their rigorous lifestyle, they denied him. But Alfred refused to be deterred; he begged them to accept him, and they finally did. In December 1870, he was received into the novitiate and took the name André. Because of his ill health, the congregation made him the doorkeeper of Montreal’s Notre Dame College. In that position, he would greet visitors and talk to them – mostly about St. Joseph, whom he encouraged a strong devotion to.

After praying with Brother André, so many people began to experience healings that he became known as the “Miracle Man of Montreal.” André desired to increase people’s devotion to St. Joseph, so earned extra money by cutting hair and used this money to help erect a shrine to St. Joseph, which opened in 1904. After it opened, Brother André became its full-time caretaker, and every day long lines of pilgrims waited to meet and pray with him. He held this position for the rest of his life.

Brother André died in 1937, and visitors to the shrine today still experience healing and attribute it to Brother André’s and St. Joseph’s intercession.

Brother André was such an incredible gift to others, and on a day when we reflect upon the gifts given to Baby Jesus, the gift that Jesus Himself is to us, and the gift of a saint to the world, let us also reflect upon how we can gift ourselves and our talents to others to glorify God. Let us look to St. André Bessette’s example of love, devotion, and faithfulness not just today but throughout this coming year as we strive to become more like him and live a life filled with hope in Christ. Let us pray for Brother André’s intercession as we embark on this new year – a year that should be filled with not just hope in Christ but a hope that our culture can change from one of violence and death to one of life and new beginnings.

This may seem difficult, as sometimes we look around at the world outside our homes and feel crushed by the weight of violence, sickness, political strife, and dissension. But if we have true hope in Christ, these worldly threats will only solidify our desire to gift others with good deeds, with prayer, with love, and with our faith. Like Brother André, we can make a difference in the lives of those around us.

Hope in Christ does not disappoint. The hope that we have in Him and in a life with Him after our earthly lives end is one that no one can ever take away from us. No matter what the world throws at us, we remain strong because we know that the baby born in the manger – the baby gifted with gold, frankincense, and myrrh and who grew to be the man who gifted His life for us – has triumphed over death. If we choose to let them, the adversities in our lives will bring us closer to Christ rather than drive us from Him. If we choose to let them, all things can become gifts.

So today, as we look at the tangible gifts given to Jesus and at the spiritual gifts given by the saints and by our Lord, let us never forget that we too must not only give our Lord gifts but that we must be gifts – to Him and to the people around us.