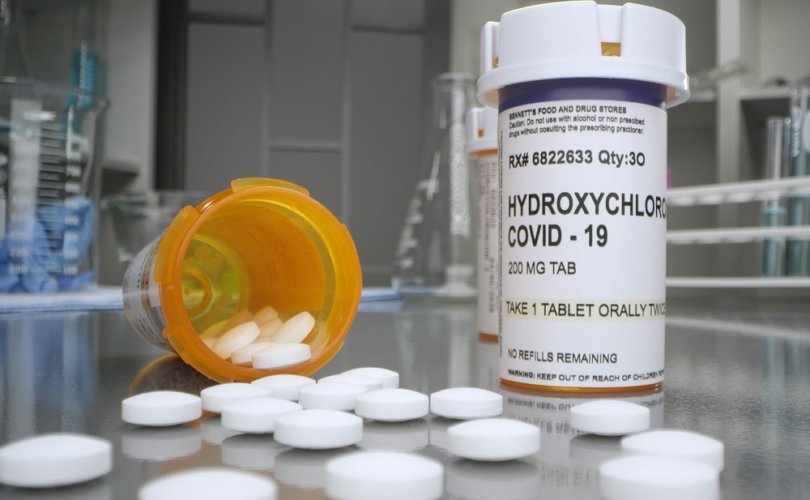 July 22, 2020 (American Thinker) — On July 9, 2020, Asia's biggest and densest slum shocked the world by announcing just one new positive COVID-19 case despite being a cluster and hotspot.

Dharavi is no ordinary slum. It is one of the densest in the world, housing more than a million people. It provided some of the background for the Oscar-winning movie Slumdog Millionaire.

India feared the worst when a cluster outbreak of COVID-19 was reported in Dharavi. It could have become the biggest COVID-19 disaster zone in the world. But by using proactive measures, Dharavi contained the virus.

Media around the world, like the Los Angeles Times, have reported the success. Even the World Health Organization praised Dharavi.

Reports credit the huge turnaround to various factors. Most focused on Dharavi's use of widespread testing and contact tracing. One is the use of an anti-malarial drug. But they ignored the policy most responsible. Indian doctors used hydroxychloroquine (HCQ) for prophylaxis (preventive) treatment — the same drug the American media have politicized.

Officials have credited this turnaround to “[a] combination of hydroxychloroquine, vitamin D, and zinc tablets along with homeopathic medicines.”

HCQ has been widely used across India to treat early-stage COVID-19. It is also prescribed for prophylaxis among those who have come into contact with people who have tested positive.

In India, HCQ has always been legal. The government's official COVID-19 task force, the Indian Council of Medical Research (ICMR), highly recommends it for high-risk people like medical practitioners.

The ICMR guidelines recommend prophylactic use of HCQ for the following categories:

In other words, HCQ is for anyone with the slightest chance of contracting COVID-19.

Not all are on board with its use. When doctors began using HCQ in Dharavi, anti-HCQ advocates approached the Bombay high court. But the court ruled in favor of HCQ:

Now, in a given case, if abiding by the law stricto sensu and waiting for a clinical trial of a drug would result in loss of valuable time for saving a patient and the choice is between the devil and the deep sea, i.e., no other drug except an HCQ sort of a drug, though not clinically tried for treating the disease, is the last option left for a doctor to save the life of such patient, should the doctor fold his hands and leave the patient to the mercy of the Almighty on the ground that the relevant drug has not been registered for use as prophylaxis? The answer, we are minded to hold, should be in the negative.

The court could have informed the challenger about the track record of efficacy of HCQ. ICMR's observational study of 334 health care workers at AIIMS hospital (10 minutes from my home in Delhi) revealed that 248 who took HCQ prophylaxis had lower incidence of infection than those who didn't. A similar study in three other hospitals in Delhi had similar results.

The use of HCQ could be one reason why India's death rate is dramatically lower than that of some European countries, like Spain, with 607 deaths per million, and France, with 461.

The 139,659 deaths reported by the U.S. Centers for Disease Control by July 19 represent a rate about 20 times India's.

Doctors have shown that HCQ, in combination with zinc and azithromycin, can be very effective in early stages of COVID-19:

Risk stratification-based treatment of COVID-19 outpatients as early as possible after symptom onset with the used triple therapy, including the combination of zinc with low dose hydroxychloroquine, was associated with significantly less hospitalizations and 5 times less all-cause deaths.

HCQ may be saving millions across the globe except in countries where it remains controversial. White House Office of Trade and Manufacturing Policy director Peter Navarro pointed out the same last week:

It's the politicization of this medicine by the mainstream media and portions of the medical community that somehow made this a battle between President Trump and them and created this undue fear and hysteria over a drug, a medicine that has been used for over 60 years relatively safely and is regularly prescribed to pregnant women if they are going to a malaria zone.

India has exported tons of HCQ to the U.S, Canada, and dozens of other countries in the past few months. Despite having stockpiles, these nations have resisted its use. The American media and bureaucracies should move beyond their obsession with politics and honestly consider HCQ's efficacy.