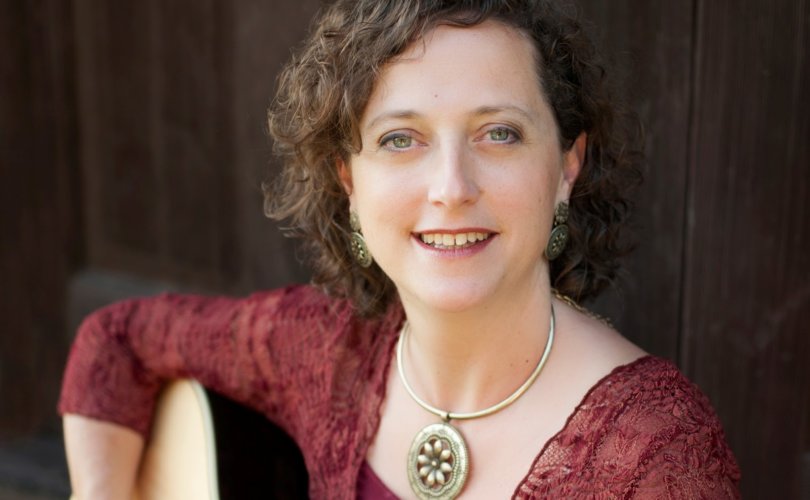 Lori Sealy was conceived in adultery and almost aborted.

February 8, 2017 (Savethe1) — I’m adopted and several years ago I was privileged to learn some of my back story from my birthmom. I came crashing onto the scene under less than stellar circumstances. My biological mom was a musician who ended up in an adulterous affair with a married man – a married man who had 6 children.

You see, a clerical error caused my birthmom’s name to be skipped, while another’s name was called, and someone else’s life was ended.

That secretary’s mistake is one piece of the amazing providential puzzle that perfectly came together and helped ensure that I would eventually continue on to exist outside my mother’s womb.

Another piece of that providence is that, as my birthmom waited, the memory of a children’s Sunday School class from over two decades earlier made its way to her mind. It was a lesson on the Ten Commandments – a lesson she “just happened” to sit in on one Sunday while visiting an out-of-town aunt who “just happened” to take her to church — a thing her family rarely did.

As she sat on a cold metal chair in that dark and dingy waiting room, the words “thou shalt not kill” rolled across her conscience like thunder and she became convinced that what she was about to do was murder. She turned to my biological dad and told him that as trying and traumatic as it may be, she couldn’t go through with the abortion but would find a way to carry me to term.

They walked in that clinic together. She walked out alone.

She spent the next seven months alone – hiding out in a one-room hunting cabin deep in the woods of Sumter, South Carolina. She isolated herself from everyone in order to try to avoid the shame of her circumstances, all the while being determined to give life to the fruit of her circumstances.

That’s what she did, and her selfless sacrifice is why I’m here.

She did not choose to continue down the path of personal convenience, but radically reversed her course and set out on the rocky road of conviction – conviction that the little one in her womb shouldn’t die because of her act of adultery.

When I pause to really ruminate on my story – the circumstances through which I was conceived, my narrow escape from the abortionist’s office, the other little boy or girl who died that day, the marriage that was rocked and wrecked by my birth, the siblings who suffered because of their dad’s infidelity, the fear my birthmom faced as she sat contemplating life and death in that little cabin, and the long-term consequences the commitment to carry me personally cost her – when I think on these things, it absolutely blows my mind. And it cost her a lot — many of her dreams died, but she willingly buried hers in order to give life to mine.

I could look at my life and think, “I’m just an accident. I shouldn’t exist. I’m nothing more than a mistake.”

In those moments when doubt and guilt may rise up in me over the dark details of my conception story, when I begin to feel the weight of the burden my birth placed upon the backs of others, it is then that I pause to take my thoughts captive to God’s revealed truth about why I am here. I am here by Divine design — even if it seems that I was created in chaos.

God’s Word tells me that I’m not an accident, but that I am here – regardless of the circumstances that got me here – because God wanted me here.  It tells me that in spite of the sexual sin of my biological parents, God sovereignly “formed my inward parts and knit me together in my mother’s womb.” It tells me that I am “fearfully and wonderfully made.”

Several years ago, I received a note from my birthmom – the woman who sacrificed so much for me. She wrote to tell me of her own confidence that I am not alive by accident, but that I exist by sovereignly secured appointment. She wrote assuring me that, in spite of her own suffering, she wouldn’t change a thing.

She wrote: “Lori, God made you on purpose. You’re not an accident or an afterthought, you’re not on earth ‘just because,’ nor are you simply some random act of God’s creativity. You were planned by the Creator of the universe, even if unplanned by me. You were given God’s 100% stamp of approval from head to toe before you were born – and the moment you were born He beamed with joy. I did too!”

Friends, I don’t know your story, but what I do know is that no matter where you find yourself today – facing an unplanned pregnancy, working through the aftershocks of an abortion, trying to decipher the details of a birth that flowed out of adultery, or rape, or some other awful scenario – all life has worth and meaning from womb to tomb.

Just as I am not an accident, neither are you — nor is the little life that may be forming inside you. No matter what your story looks like in this moment, I want you to know that there is a Redeemer in this moment. There is a good God and a sufficient Savior who takes bad things and makes them beautiful, who takes the most horrific messes and makes them marvelous, who takes the saddest stories and creates the sweetest songs.

He has done that for me and for my birthmom, and my prayer is that through me sharing my story, you might catch a glimpse of the hope and help that can be found in Him!

Lori Sealy resides in North Carolina with her husband and their two children. She's a pianist, guitarist, singer, songwriter, speaker, worship leader, and now pro-life blogger for Save The 1. She not only shares her pro-life story but her story of autism and raising a son who also has autism, as well as her faith testimony from athiest to Christian. Her website is www.lorisealy.com. Watch her pro-life speech at a pregnancy resource center fundraiser here, including the song she wrote of her birthmom's story. And here is an extended version of her adoption story.