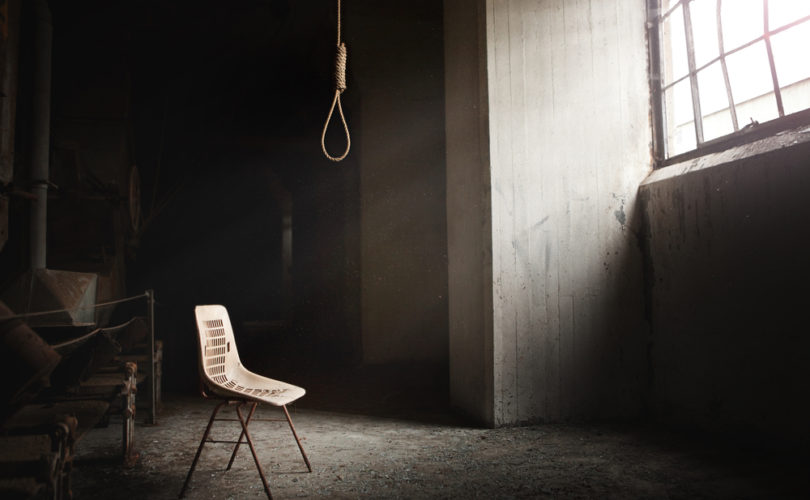 On Wednesday the 12th of November the Northern Territory Civil and Administrative Tribunal wrapped up three days of appeal hearings launched by director of Exit International, Philip Nitschke against the suspension of his medical registration in July this year by the South Australian Branch of the Australian Medical Association (AMA).

The SA Branch took action to suspend in July this year after a media report concerning the suicide death of Perth man, Nigel Brayley, revealed that Nitschke did not act to dissuade Brayley from taking his own life. The revelation drew the ire of suicide prevention associations across Australia and a formal complaint from Beyond Blue chairman, Jeff Kennett.

The Sydney Morning Herald reports that the Medical Board, “argue(d) it was forced to use its emergency powers to protect vulnerable suicidal people from Mr Nitschke and his “dangerous ideas”. More seriously, the board is expected to tell the five-member panel, it had to act because Mr Nitschke possessed the means to transform these ideas into action.”

Since 2012 when an officer of the Therapeutic Goods Administration office made a complaint concerning an alleged attempt by Nitschke to import Nembutal, we understand that a further 11 formal complaints have been made to the medical watchdog, the Australian Health Practitioner Regulation Agency (AHPRA).
In a clear declaration of commitment, AHPRA announced, on the eve of the Darwin hearings, that the 12 complaints (or notifications) were being referred to the Northern Territory Health Professional Review Tribunal. At the time of the suspension in July, the AMA made it clear that the suspension was about their belief that Nitschke presented, ‘a serious risk to public safety’ adding that their interim action was an effort to, ‘keep the public safe while other investigations or processes continue.’

Nitschke is reported in SkyNews to have commented on the referral of the complaints by saying: ‘if we don’t get you on this (the suspension), we will get you on these (the complaints).’ This ignores the reality that the initial suspension was temporary pending the hearing of these complaints. There was and remains a clear association between both actions by the Medical Board.

No date has been set as yet for the hearing of these complaints. The second of these, made by yours truly involves the marketing and sales of ‘Max Dog Brewing’ nitrogen kits to facilitate suicide. In that regard Nitschke told ABC News that: “They [MBA] were distressed about my involvement with the Max Dog nitrogen system, that formed the basis of another complaint – so it's not all about people or involvement with individuals, it's sometimes to do with my involvement with practices, not exactly promoting but making available a particular method a person might use to have access to a peaceful death.”

While some of the complaints do concern public safety in respect to the provision of suicide information, we also understand that three complaints at least refer to specific deaths involving Exit International. In what will surely be an affront to the families of the persons concerned, Nitschke also told the ABC: “My understanding is they're 12 quite different things they've been going through, digging up the bodies and going through the entrails of past deaths of terminally ill people, trying to make a further case.”

Nitschke’s defence during the Darwin appeal revolved around his claim that he was not Nigel Brayley’s doctor and had therefore no obligation to try and dissuade him from suicide and that, in his assessment, Brayley was rational in his decision.

“The Medical Board claims Nitschke should have intervened when Brayley emailed Nitschke outlining his intention to end his own life. Nitschke’s lawyers maintain he was never Brayley’s doctor, did not counsel him, and that the suspension was based on the board’s dislike of his views and work on voluntary euthanasia.”

“Nugent (Nitschke’s defence counsel) said in his opening submission that the case was about “the dangerous idea [of] whether a person who is contemplating rational suicide ought to be required by a medical doctor not to do so”.

“He said the tribunal needed to consider if there was such a concept as rational suicide, and if it accepted that, then what it meant for a doctor’s professional obligations to a person who was not their patient.

“What – if any – duty does a person who is a doctor but not in a doctor-patient relationship, owe that person?” said Nugent.

“As a matter of law and logic … it depends on whether the [suicidal] ideation is rational or irrational,” he said. “It’s clear from the material that Mr Brayley was contemplating a rational suicide.”

Counsel for the Medical Board, Lisa Chapman, countered, claiming that the above statement ‘misses the point’:

“One thing on which Mr Nitschke has remained consistent is that he obtained scant info about Mr Brayley before Mr Brayley died,” she said.

She said any attempt by Nitschke to diagnose Brayley posthumously based on information he had since received was leading the tribunal down a path that was not the focus of the hearing.

“This is a very precisely focused interim hearing in regard to Mr Nitschke’s conduct regarding Mr Brayley.”

“That’s why it’s so important. He did nothing.”

Chapman said it was important to understand the level at which Dr Nitschke provided advice to people and the likelihood that his conduct would occur again.

“Namely, failing to respond to that clear intention of suicide by a middle-aged man with no terminal illness, other than saying [in an emailed reply]: ‘I look forward to receiving your final statement’.”

This statement may be something of a salve to other pro-euthanasia lobby organisations; some of whom have actively attempted to distance themselves from Nitschke for some time; especially since this matter came to light nearly five months ago. But the media’s continual characterisation of Nitschke as a ‘euthanasia campaigner’ and the ‘revolving door’ arguments over depression, mental health and the possibility that some decisions to suicide might be rational, continues to play into the legalisation debate. This is especially so at this time as the State of Victoria goes to the polls in November with the Fairfax Media (The Age and Sydney Morning Herald newspapers) actively pushing the debate into the public spotlight.

There is no escaping the question of vulnerability and the effect that mental illness and depression has on the ability of individuals to make a rational judgement that is totally absent anything that might distort their judgement or compel them towards the finality of suicide or euthanasia.

It has been revealed that Nigel Brayley’s main stated reason for wanting to suicide was ‘the ongoing harassment of the WA police, crimes squad and…one particular detective’ over his wife’s death, says The Guardian. Brayley was being investigated over the death of his wife and there were suggestions that he may have also had some involvement in an earlier death. Brayley’s reasoning would naturally have involved a significant fear of incarceration and humiliation. In September Nitschke himself advocated for assisted suicide provisions for prisoners facing long-term incarceration, suggesting that a jail term was the, ‘equivalent to torture’.

The question remains about how Nitschke or anyone else for that matter can come to a determination that a request for suicide or euthanasia is entirely ‘rational’. This raises additional concerns for suicide prevention where the very idea that someone might be able to make a rational decision to suicide could act upon a suicidal person in such a way as to diminish whatever reservations that might remain about their course of action. As I observed in July when this matter first surfaced, will we now need to end media stories, like this one, with an additional caution to the usual helpline advice: ‘but if you’re rational, call Exit International’?

Nitschke defended his view about ‘rational’ suicide by claiming that the Medical Board was operating from a kind of paternalism:

“The board's view is based on the simple premise that the doctor knows best,” he said.

Reprinted with permission from HOPE