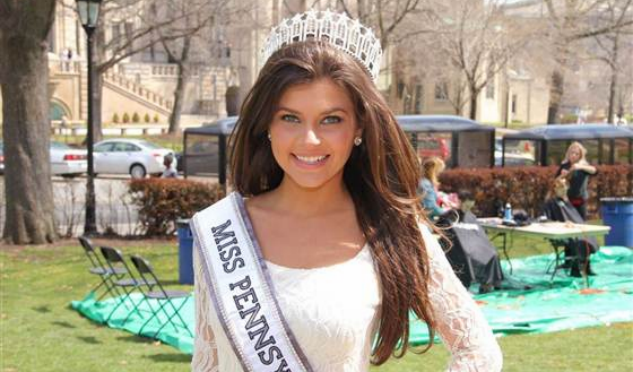 Despite being told to abort, Crystal wanted life for her little girl. She chose an open adoption instead, finding a loving couple who were “thrilled” by the decision. She’s also remained in contact with her daughter, a young woman who’s starting college soon and hopes to become a doctor.

Though young and traumatized, Crystal grasped a simple moral principle: we don’t punish children for the crimes of their fathers. As Crystal herself explained, “This wasn’t her fault.”

Not everyone appreciates that line of reasoning, however. To Ilyse Hogue, president of NARAL Pro-Choice America, it’s “horrifying.”

At least that’s what she said when Mike Huckabee used it. In an August fundraising email, Hogue condemned Gov. Huckabee for asking, “Does it solve a problem to take the life of an innocent child?” in cases of rape. She went on to attack Scott Walker and Marco Rubio for holding similar positions.

What Hogue didn’t do, however, was answer Huckabee’s question. For example, she didn’t explain exactly what problems would have been solved if, rather than being born, Valerie Gatto (pictured in featured image, above) had been sliced up at Planned Parenthood.

Gatto was 2014’s Miss Pennsylvania USA and (in her words) “a child of rape” – conceived when her mother was 19. In addition to being a pageant contestant, she works as an advocate for sexual assault awareness.

You can find other stories like hers at Conceivedinrape.com. You can also hear the stories of rape survivors who did choose to abort. They explain (sometimes tearfully) that abortion didn’t end their suffering – it only prolonged it. But to be fair, there is one problem that abortion does a great job of solving.

When you’ve managed to get your step daughter pregnant, it’s safe to say you’ve got something to worry about. After all, a paternity test is pretty incriminating. Further, it’s going to raise questions when your victim develops a baby bump, especially if she’s not even old enough to drive.

Gary Cross found himself in just that predicament after impregnating his thirteen-year-old step daughter. That’s why he brought her to Planned Parenthood; while staff there didn’t tell police that the girl was well below the age of consent, they did schedule her for a late-term abortion. With the evidence gone, Cross was free to resume raping her.

He wasn’t alone. Timothy Smith, John Blanks, Jr., Adam Gault and these 50 other sexual predators were also able to stay out of jail and keep terrorizing their victims thanks to a policy of “abortion on demand and without apology” (or due diligence). The fact is, the abortion industry doesn’t just punish children for their father’s crimes–it also helps cover them up.

Pro-lifers have tried to address this problem. In February, Texas state Rep. Molly White co-sponsored a bill requiring that abortion clinics offer a private room with information about assistance programs and a phone to contact law enforcement. NARAL Pro-Choice Texas wasn’t impressed, condemning the move as “yet more abortion legislation in Texas that is not needed.”

If you don’t agree with NARAL’s sense of justice, you can join the fight for stronger laws to help victims of coercion and abuse. You can also sign Live Action’s petition telling Congress to stop giving Planned Parenthood half a billion dollars every year–money that Senate pro-lifers want redirected to community health centers.

None of this will thrill Ilyse Hogue, of course, but that’s usually a good sign.