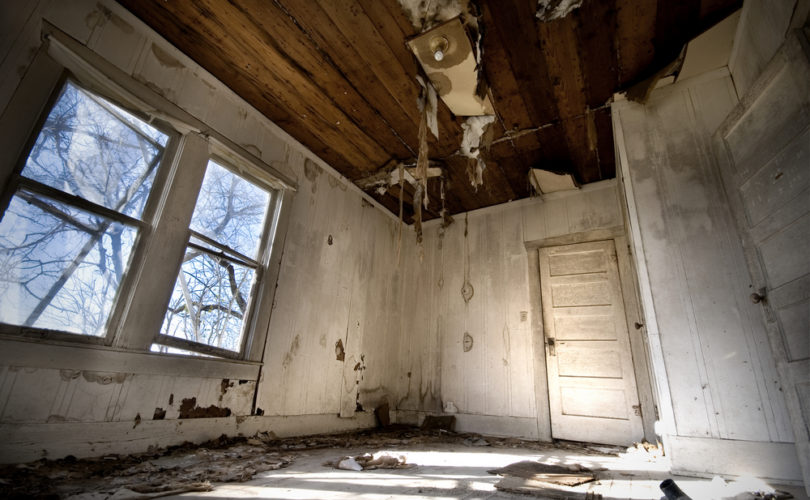 I like exploring abandoned buildings, especially old houses, with their sagging floors, peeling wallpaper, and malevolently drooping staircases. But some abandoned places are creepier than others, because of what happened there—where the silence doesn’t seem to quite fit.

In April of last year, I travelled with one of my colleagues to Philadelphia to witness “The Abortion Trial of the Century” as it was dubbed, where late-term abortionist and infanticide enthusiast Kermit Gosnell was being tried on multiple counts of murder and some 250 other abortion-related charges. After the closing arguments, my colleague and I set off into the inner city to find Gosnell’s “House of Horrors,” at 3801 Lancaster Avenue.

It was sweltering hot as we got out of the car next to the tall, red-brick building. It was dingy, paint peeling, broken down. People were going about their business all around us, seemingly unaware of what had taken place just inside. Unaware that thousands of children, thousands of their children, had suffered gruesome ends just inside.

Peering through the window, I could see that the place had been trashed by the invading law enforcement officers. Filing cabinets were overturned, chunks and shreds of insulation lay about the floor, and even pieces of drywall had been smashed out of the wall, as if the officers had even checked inside the walls for tiny corpses. A sign on the window announced that the building had been “Cleaned and Sealed” by the Department of Licenses and Inspections. Sealed, perhaps, but certainly not cleaned.

Looking closer, I saw with a start that someone had affixed dozens of tiny, deathly-white clay hands all along the window sill of the business-front window. They were clenched into little fists and snapped off at the wrists. I wondered idly where the rest of the babies were, and remembered suddenly that Gosnell had featured severed baby feet in jars in his office. What a grotesque memorial.

There are stickers on the front window, too—each labelled “I Wish This Was…”

The citizens of Philly have answered. “Abortion Clinic,” one reads. “Male Prison,” “Ho House,” and “Skin Head Hangout” read others. A few more feature crude sexual jokes, most of them illiterate, all of them disgusting.

Surely someone, I think as I look at the people who trickle by the clinic as the crosswalk lights change, knows what happened here.

I stop a young African American just across the street from 3801 Lancaster and point back at the decaying building.

“Do you know what happened there?” I asked.

“Yeah, that was the abortion clinic,” she said.

“Do you know anyone who had an abortion there?”

“Yeah, me.” She responded. “It was Valentine’s Day, 1997. When I went in, the women were packed into the waiting room like cattle. I went into the room, and some guy yelled at me to take my panties off. Then they gave me anesthesia and I don’t know what happened.” She shook her head sadly and kept on walking.

Of course, she does know what happened. So do I. Kermit Gosnell killed her baby. He’s in jail, yes. But others just like him are still servicing waiting rooms packed with pregnant women, taking their cash and their children before sending them back out the door.

As I write this, my phone dings. An e-mail. It’s from Operation Rescue, the title reading “BREAKING: ‘Michigan Gosnell’ Finally Faces License Revocation at September Hearing.”

Time to go back to work. Because unfortunately, there are a lot of clinics that haven’t been abandoned yet. And a lot of Gosnells turning beautiful, pink-skinned babies into deathly-white severed limbs.

Reprinted with permission from CCRB.