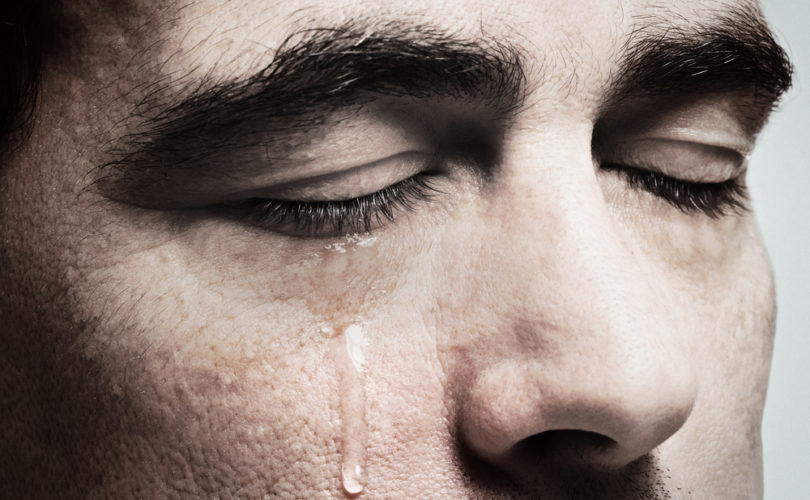 January 11, 2018 (American Thinker) – The time has come for all good people to wake up to the long dormant virus of misandry – prejudice or contempt for males. It is lurking in our closets and under our beds and has proliferated and made itself glaringly public in a most obnoxious way. The Kavanaugh hearings exposed this virulent menace that has been hiding in plain sight when Senator Mazie Hirono, D-Hawaii, took the platform and in a no-holds-barred blast of venom and hate told the men of this country they need to “shut up and step up.”

Amid a reaction of shock and awe, the cat was out of the bag, the genie out of the bottle, the Jack-in-the-Box sprung; she had just given a loud, strident voice to a vile temperament growing in this country. Misandry has been kept under wraps but proliferates more every day – women openly hating men.

We're all familiar with the recent bevy of misandrists who made themselves prominent in the last election by introducing us to nouns that had us searching for their meanings…recited in a deadpan, monotone. Hillary Clinton would begin the sing-song litany at every whistle stop: “racist, homophobe, xenophobe, sexist, Islamophobe, misogynist…” Am I missing anybody? Oh, yeah: misandrists! But only flagellants would confess to this.

Gaining traction, misandrists abound and are spreading their tentacles onto hallowed ground. Former secretary of state Madeleine Albright caught people by surprise when she blatantly said, “There is a special place in hell for women who do not help other women.”

Adding fuel to the growing conflagration, Hillary Clinton said on a recent trip abroad that white, married women voted against her because the men in their lives told them to. Sen. Hirono and her pal Kamala Harris, D-Calif., suggested in questions last month that attorney Brian Buescher may be unfit to serve as a federal judge because he's a member of a Catholic fraternal organization. In questions submitted to Buescher, nominee to the U.S. District Court of Nebraska, the pair sought more information on his affiliation with the Knights of Columbus, a charitable fraternal organization of which he has been a member for 25 years.

Harris pointed out that the Knights, founded in 1882, are an “all-male society comprised [sic] primarily of Catholic men” and asked:

Had enough? OK, not to be outdone, Hirono doubled down.

So there you have it, folks. These misandrists are now hiding behind their mirage of hatred of men in the name of jurisprudence, and it appears we now have another definition to add to that exhaustive list that Hillary loves to chant: “Christophobe.”

The turning point that misandrists are ignoring is that women are in charge of their own lives, know what they like and dislike, and are not afraid to speak out for their beliefs. When the misandrists attack men, they are forgetting that the majority of women still love their men and will fight to preserve their way of life. Women have sons, husbands, grandfathers, uncles, nephews, and many other male friends in their lives and are richer for it. Misandrist politicians attack, belittle, demean, and disrespect men at their own peril.

Misandrists will never further the cause or win any races, because the hatred is so misbegotten and the cause so aberrant.