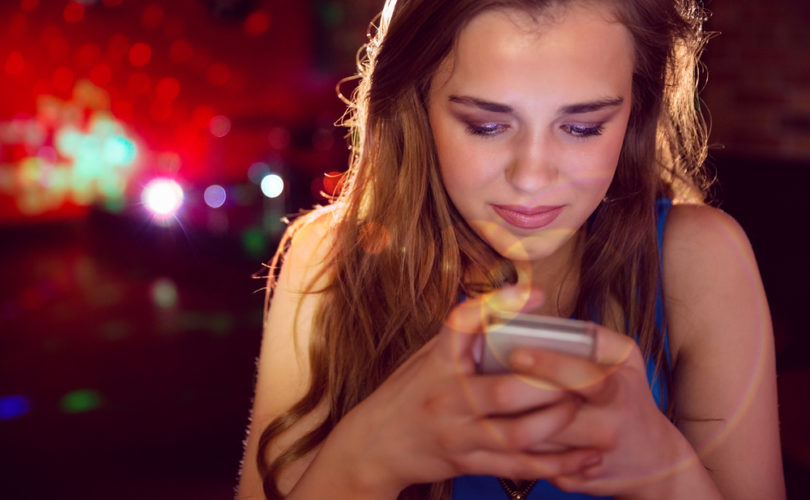 (STOPP.org) — “A young [person], usually [a] girl, her photo has been shared without her consent and it has gone around the school and she’s being shamed and bullied and very unhappy because of it. Our stance is she’s done nothing wrong.” That is a quote from Lauren Dobson-Hughes, president of Planned Parenthood in Ottawa, Canada.

While Planned Parenthood makes an effort on its website to warn girls about the perils of sexting, a PP executive goes on record saying the young girl has done nothing wrong when she shares a sexual picture with someone. It is only when someone else causes a girl shame or bullies her by forwarding the pictures that a problem exists. She makes no mention of bully-proofing young girls by teaching them that their bodies are private and that the consequences of sharing your body or sharing pictures with anyone are dire for a young girl.

In the article referencing the enactment of new bullying laws in Canada, Planned Parenthood lays its own agenda bare. Planned Parenthood’s desire to eliminate the “wrong” from wrong, really gets to the core of its “sex positive” philosophy and its sexually alluring instruction to our children through “comprehensive sex education.”

More and more we are seeing Planned Parenthood and its friends putting emphasis on “consent.” In isolation, as a topic of instruction, “consent” sounds okay to most parents. But if you dig deep and really look at what those at PP are doing, you will see that they are instructing very young children that anything in the realm of sexuality is normal and positive as long as they consent. And, if the kids are “ready,” that is reason enough to consent, they imply, as long as the young people use condoms and hormonal birth control. Children are being groomed and encouraged to consent to situations that are or can quickly become life or death situations for them.

Along with “consent,” shaming and bullying have become real buzzwords for Planned Parenthood and its cohorts. Bending logic, they attempt to twist the laws of nature and set themselves up as filth queens who can be as lewd as they wish and never suffer any consequences.

For example, in Boston, women dress scantily and parade about the streets for annual “slutwalks.” CBS News reported in 2011: “Chanting 'We love sluts!' and holding signs like 'Jesus loves sluts,' approximately 2,000 protesters marched Saturday around the Boston Common as the city officially became the latest to join an international series of protests known as 'SlutWalks.'”

The point of the walk is that women and girls should be able to publicly bare their bodies and take no responsibility for what might happen when they do. They want to think they are doing nothing wrong. The walks were originally sparked by an Ottawa police officer’s statement that if women would avoid dressing like “sluts,” there would be less rape. A CBS report notes, “Organizers say the events also were held to bring attention to ‘slut-shaming,’ or shaming women for being sexual, and the treatment of sexual assault victims.”

While no quarter should be given to those who take advantage of vulnerable women, none of us live our lives in a vacuum, and when women set out on a public tease, calling themselves sluts and being proud of it, what in the world do they expect might happen?

In another example, a story appeared recently about a woman who had severe feminist attack (SFA) because a man on an airplane cursed at her, apparently because of her participation in Occupy Wall Street. She happened to be pregnant at the time, and claims that a few days later when she learned the child was male, she aborted her baby boy because she could not stand the thought of bringing another “monster” like the man on the plane into the world. Say what?

And now we see “abortion-shaming” concerns surfacing from Planned Parenthood. ALL’s Judie Brown wrote recently about the abortion giant’s effort to bring abortion “out of the closet,” supposedly in order to eliminate the stigma and shame connected with abortion.

In order to eliminate the shame of abortion, Planned Parenthood is encouraging women to publicly shame themselves by telling their abortion story in light of how abortion has blessed them. Now there’s some twisted logic for you.

Telling your story is an important part of beginning the post-abortion healing process, when done in a protected space like Rachel’s Vineyard retreats. In that environment, it is part of an integral process that takes the woman through a legitimate, proven process of spiritual and emotional healing—and insists on that healing before going public with abortion stories. This is the opposite of what PP advocates.

It is pretty apparent that Planned Parenthood’s sudden attempt to “take the shame” out of the whole abortion scenario has sinister roots, and—surprise!—one of the factors is economic. Judie Brown explains, “Perhaps the real reason Planned Parenthood wants to take the stigma away from abortion is because its abortion business has declined by 1.8 percent since 2011. That small change resulted in a $4 million loss of income.”

Who else benefits? Child molesters, who are enjoying the perfect storm created by Planned Parenthood, SIECUS, and all their friends who are grooming children for abuse with their lurid sex instruction. Following closely in the footsteps of serial child molester Alfred Kinsey, Planned Parenthood sex instruction is bringing to fruition the horrific child molestation culture that was set in motion by Kinsey’s “research.”

All those who care about children must speak up and must go to the schools and not stand down until they have stopped Planned Parenthood’s sex instruction. Jim Sedlak’s Parent Power!! is a step-by-step guide for getting Planned Parenthood out of schools and keeping it out. Download it free of charge here.