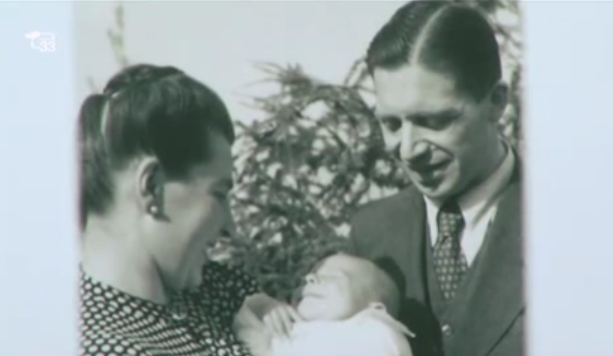 Blessed Josef Mayr-Nusser with his wife and son

March 23, 2017 (MercatorNet) — In its 11-year history, the Thousand Year Reich acquired a reputation for demonic evil unmatched by any regime before or since, from Genghis Khan’s empire to Stalin’s USSR. Too often it is believed that the German people were too cowed to protest. In fact, the Nazis executed about 20,000 people who had been condemned as deserters, conscientious objectors or traitors.

In addition to many ministers and priests, a number of them were outstanding lay men and women with deep moral and religious convictions. Fritz Gerlich, a journalist (not too many of those), was one of the first arrested after Hitler came to power and was murdered in 1934 in the Night of the Long Knives. Erich Klausener, the head of Catholic Action, and Adalbert Probst, a Catholic Youth leader, were assassinated at the same time.

“To give witness today is our only and our most effective weapon.”

Sophie Scholl, her brother Hans, and their friend Christoph Probst, university students, were guillotined in 1943 for distributing pamphlets urging resistance. Even younger was 17-year-old Helmuth Hübener, a Mormon, who distributed subversive pamphlets with news from the BBC.

Nikolaus Gross was a trade union leader and newspaper editor who was arrested in connection with the 1944 assassination attempt on Hitler and executed in January 1945. He was beatified by Pope John Paul II in 2001. An Austrian, Franz Jägerstätter, has also been beatified. He was a simple farmer with a wife and three children who refused to fight for the Reich. Terrence Malick is working on a film about his life, Radegund.

And on Saturday, March 18, another hero of conscience was beatified in Bolzano by the Catholic Church, Josef Mayr-Nusser.

Mayr-Nusser was actually an Italian citizen from the South Tyrol, a German-speaking enclave in northern Italy. Born in 1910, the fourth of seven children, he worked as a cashier in a company in Bolzano.

He was a member of Catholic Action and St Vincent de Paul and spent much of his spare time visiting and caring for the poor. He also became passionately interested in St Thomas More, especially in his letters from prison, and the challenge of taking a stand based on conscience.

When Mussolini joined the Fascist Axis in 1939, most of the German-speaking citizens of South Tirol moved across the border into Germany. Mayr-Nusser, however, was disgusted by the Fascists and Nazis and stayed in Italy. In 1942 he married and a year later a son, Albert, was born.

In September 1944 Josef was conscripted into the SS and taken with other recruits to Könitz in western Prussia for three weeks of training. From there he wrote to his wife: “Pray for me that in the hour of testing I may act without fear and hesitation according to the dictates of God and of my conscience.”

On October 4, his unit was to take the oath of loyalty to Adolph Hitler. But he refused. “I cannot take an oath to Hitler in the name of God,” he declared. “I cannot do it because my faith and conscience do not allow it.” He was adamant, even though his comrades tried to persuade him to take the “meaningless” oath. “If no one ever finds the courage to tell them that they don’t agree with their Nazi ideology nothing will ever change,” he told them.

He was arrested, imprisoned and transferred to Danzig for trial. Condemned in January 1945 for undermining military morale, he was sentenced to death. On the way to Dachau in a cattle car, weakened by starvation and feverish with dysentery, he died at Erlangen on February 24.

The explanation for his courageous act of resistance can be found in an observation he had once made about the Fascist cult of leadership: “To give witness today is our only and our most effective weapon.”