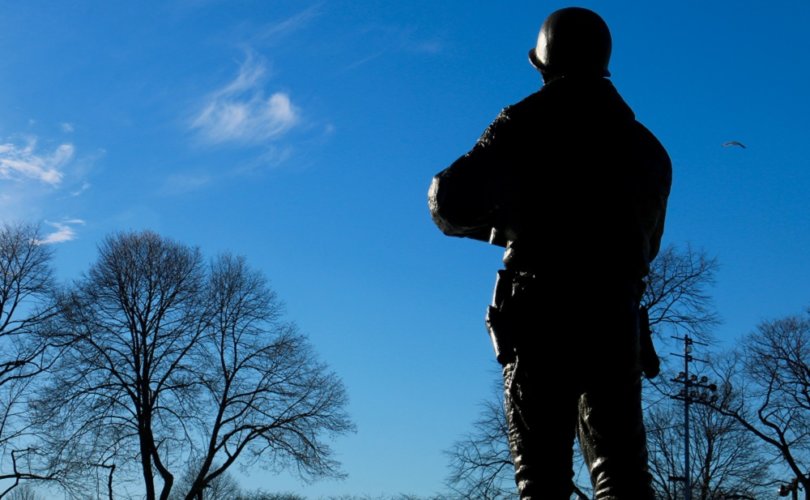 September 10, 2019 (American Thinker) — I feel sorry for America's coddled college kids — the ones who have been bewitched by the leftist professors and popular culture into thinking a world without God, without conflict, and without free speech is the “safe place” world. The kids are taught that if we can just get rid of these terrible things, then somehow, someday, everything will turn out for the best. The kids are too young and too inexperienced to understand the implications of the drivel being fed to them, so they just drink deeply and absorb an unfounded and toxic worldview.

I cannot explain why so many smart professors in their 40s and 50s and 60s are so intent on feeding such toxicity into the lives of our college kids. Can they simply be unaware of how devastating their views are to our youths' desire to succeed and to their opportunity to create a fulfilling life where good choices are inspired by good character?

Recently, a writer complained about people wearing red hats that say MAKE AMERICA GREAT AGAIN. Rebecca Makkai tweeted: “Also, for the love of God: The clever folks wearing 'Make America Read Again' or whatever caps — NO. You're making everyone scared. Don't do it.”

Well, I have a “safe place” I'd like to describe for those on the Left who abhor conflict and find it hard to be in the presence of someone with a different worldview. What I am sharing here has certain minor details added to flesh out the story.

My dad, born in 1912, was a major in the U.S. Army during WWII. He was with the Army Corps of Engineers, and he led a team of soldiers responsible for building pontoon bridges for the Allied Forces retaking France after the Normandy invasion. The Germans had everything to gain if they could stop the pontoon bridges from being built and everything to lose if they could not.

On one occasion, Dad and his team began building a pontoon bridge across a small river located in the French countryside. When the bridge was about half-completed there was a furious eruption of enemy fire, and it was clear that the Germans were on the other side of the river with a deadly array of machine guns and mortars. My Dad instructed his men to take shelter in a “safe place,” which was a small grove of trees located a stone's throw from where they had started building the pontoon bridge.

Suddenly, an Army Jeep roared into the glen where my Dad and his men were hunkered down. The Jeep was spinning wildly, and before it even stopped moving, General George Patton leapt out, screaming these words: “Who the hell is in charge here?” My dad stepped up, and Patton asked him why he and his team weren't out there building the bridge. Dad explained that they were waiting for additional support, as it would be safer to continue building once the German mortars and machine guns were chased away. Patton would hear none of it and demanded that the bridge-building be resumed immediately. My dad and his men complied, risking their lives.

Notice that General Patton chose to go to some of the most hotly contested front lines of WWII. As commander of the U.S. Third Army, he could have stayed far away from the bullets and mayhem, but he realized that choosing a “safe place” always brings consequences to those around us. He understood, as a man of immense character, that if he was going to demand personal heroism and bravery from his men, he would need to demonstrate it himself.

How I wish our college students were being taught to prize selfless character and bravery as my dad was. Without my dad and millions of G.I.s just like him, today we would be living in a totalitarian state, where wearing a hat with a certain political message could well be your ticket to years in prison. Yet, despite the enormous price America paid in WWII to remain free, the Left in America today is constantly trying to expand government control at the expense of personal freedom.

As Ms. Makkai shows with her aversion to even a red hat that is not safely located within her worldview, the Left demands total obeisance, where all must march together toward their chosen-for-you vision of utopia.

General Patton warned us that “if everyone is thinking alike, then someone isn't thinking.” To Ms. Makkai and the Left, if you ignore Patton's words and example, you risk becoming a powerless person subject to a totalitarian state, instead of just being an unwitting ally promoting it.