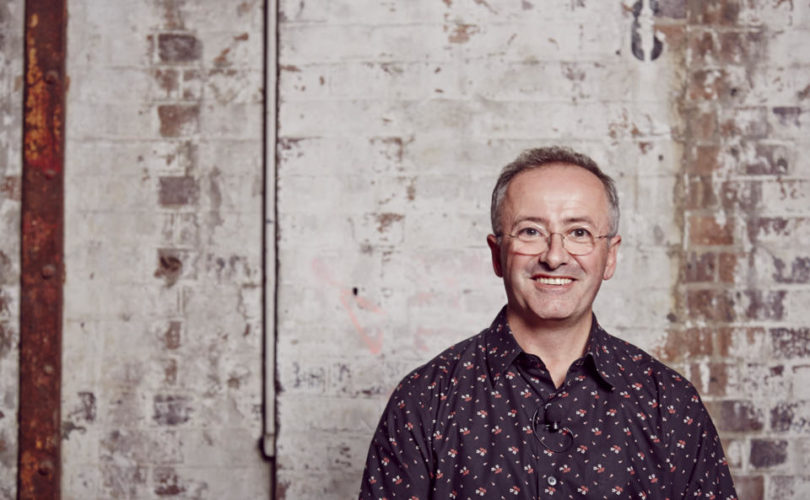 November 5, 2015 (MercatorNet) — In May 2015 Paul Russell, of Hope, an Australian coalition opposing euthanasia and assisted suicide, invited me to come to Adelaide to speak about my experiences with the Belgian euthanasia law. It is now well known that my physically healthy mother was killed by a lethal injection given by the Flemish euthanasia practitioner Dr Wim Distelmans.

At the conference, Paul told me that someone called Andrew Denton wanted to interview me. I had never heard of Mr Denton, but Paul told me that he was very famous and that it would be a good opportunity to talk with him. So I did. I don’t remember much from the interview, but he did ask searching questions.

I told him that a staff writer from The New Yorker was also working on a piece about the suicide of my mother. When it was eventually published, I forwarded it to him because it gave a good insight into the Flemish euthanasia lobby.

When I spoke with Mr Denton in Adelaide, I didn’t realise that he was so well-known in Australia. He had even been featured pulling faces on the cover of Rolling Stone. I learned that he was both a comedian and a real television celebrity.

But I was very disappointed in his treatment of euthanasia and assisted suicide. He mentioned me during a radio interview but he said that the story of my late mother was sad, but did not prove that the Belgian euthanasia law wasn’t working. Australia needed an euthanasia law as soon as possible and Belgium (and the Netherlands) is the model, he declared.

Most citizens support the law and “only five percent” of all deaths there are due to lethal injections, he claims. For Denton, it is all about “free choice”. He told TV viewers that he had attended a big “anti-euthanasia” conference and that everything that the people had been telling him during that conference was a lie. Belgian euthanasia is a problem-free zone.

No problems, Mr Denton? Really? Are you speaking as a comedian or as a journalist? Perhaps you should watch a bit more Australian television.

An SBS television documentary recently demonstrated how well euthanasia works in my country. An 85-year-old woman committed suicide on camera with the assistance of Dr Marc Van Hoey, a euthanasia advocate and chairman of the right-to-die with dignity movement in Flanders. Although the Belgian euthanasia law states that a psychiatrist should give advice (not necessarily approval) in the case of a non-terminal illness and a third doctor should be involved in the euthanasia procedure, Van Hoey said that these other doctors were not needed. After giving scores of lethal injections, he had enough experience to decide whether the old woman could die on camera.

Why involve family members? It was the woman’s choice. Her estranged daughter now had a nice memento: her mother dying on YouTube.

The SBS journalist interviewed me but when he tried to interview the co-chairman of the euthanasia commission, Wim Distelmans, he was snubbed.

The event at which Distelmans brushed him off gives you an idea of his stature in Belgium. He was being honoured as the Flemish “Humanist of the Year” and in his thank-you speech he praised his friends in the Flemish media. Unlike the foreign media, they understand what euthanasia is really about.

In fact, only the foreign media does what Belgian journalists are paid to do: ask hard questions. The German magazine Der Spiegel followed Distelmans to Auschwitz when he organized an instructional tour to show the differences between his euthanasia policy and the killings of the Nazis.

Der Spiegel pointed out that the good doctor had been responsible for the death of hundreds, if not thousands, of people. But he told the magazine that a lethal injection should be seen as an act of “unconditional love”.

Now, can you, Mr Denton, after your eight months of research, explain the following: I loved my mother for more than 30 years and I wanted her to live; Dr Distelmans loved her so much – “unconditionally” – that after a few brief consultations over six months he gave her a lethal injection. It’s a funny sort of love our doctors have in Belgium, Mr Denton.

Mr Denton’s eight months of research also failed to uncover the corrupt conflicts of interest in Belgium’s Federal Evaluation and Control Commission for Euthanasia. Dr Distelmans has been the chairman or co-chairman of the commission since 2002, when euthanasia became legal.

The commission is stacked with euthanasia advocates like Gilles Genicot and Jacqueline Herremans who adore him. Distelmans has sent hundreds, if not thousands of cases for review to a commission of which he is the chairman. How is that possible?

According to Herremans, Distelmans is in the room, but says nothing when his own cases are discussed. Genicot told the SBS reporter that the euthanasia law was all about trust between the doctor and the patient and that we couldn’t put doctors on trial.

So, Mr Denton, does Australia really need euthanasia doctors? I heard that Australia’s Dr Death, Philip Nitschke, is now doing comedy and now you, a comedian, have become an euthanasia advocate. What’s your next trick? Filming a man jumping off a bridge?