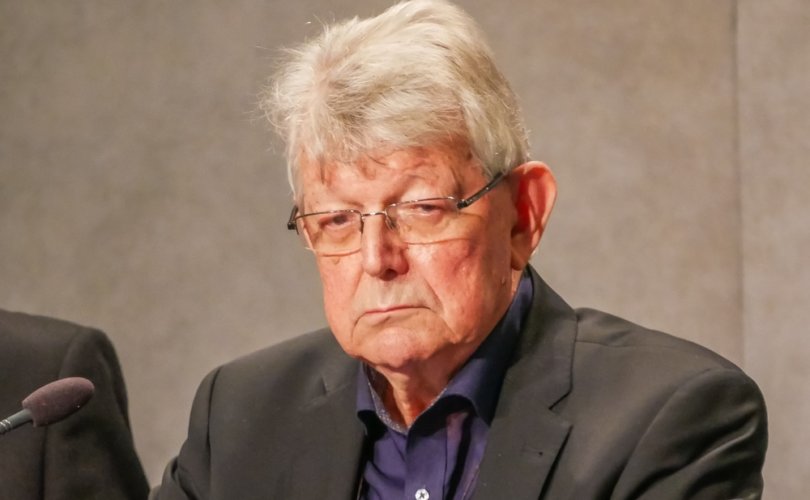 October 10, 2019 (L'Espresso) — The previous post from Settimo Cielo on infanticide in the Amazon and on those who defend it in the Church struck a tremendous chord.

But there's something else. It is not true that prominent figures of the synod in progress are unaware of the existence of this practice among some tribes.

Such sensational ignorance could in fact attach to Peruvian cardinal Pedro Ricardo Barreto Jimeno, archbishop of Huancayo, Jesuit, vice-president of the pan-Amazonian ecclesial network and co-president of the synod, according to what he stated at the press conference on Tuesday, October 8.

But it is unthinkable, for example, that synod secretary general Cardinal Lorenzo Baldisseri knows nothing about it, having been apostolic nuncio in Brazil from 2002 to 2012, when parliament was discussing a bill on banning infanticide in indigenous areas.

Above all, one who is certainly in the know about it is Bishop Erwin Kräutler, prelate emeritus of Xingu, very close to Pope Francis, coauthor of the “Instrumentum Laboris” of the synod and a fervent advocate of the abolition of celibacy and of the priestly ordination of married men and of women.

In a statement on April 10, 2009, when he was also president of the Conselho Indigenista Missionário (CIMI) of the Brazilian Church, Kräutler admitted that “among some few tribes of the Brazilian Indios, there still exists the cultural institution of infanticide.”

Maike Hickson related it in a report on LifeSiteNews from June 20 of this year, in which she documented Kräutler's position on the matters under discussion at the Amazon Synod.

In that 2009 declaration, Kräutler cited one specific incident where an Indian woman buried her baby alive, saying she gave her daughter “back to the Earth” because she could not handle twins at the same time. “That is to say,” Kräutler explains, “it was the custom, in case of the birth of twins, to entrust [sic] to the earth one of the children.” Thankfully, this buried baby girl was then rescued.

Kräutler explicitly rejects the idea that the state could prosecute those who commit such crimes. He is, rather, in favor of “convincing the people, with pastoral patience, that the culturally prescribed death of a child is anachronistic and undercuts their own strategy of life.”

“We have always fought for the physical and cultural survival of the Indians,” he continues, “and we do so on the foundation of the Gospels, and not with help of the gospel of fundamentalism.”

Thus, he rejects ideas of penalizing infanticide, because “here, in the name of human rights and under the pretext of suppressing infanticide, a broad ethnocide, a cultural murder, is being installed.”