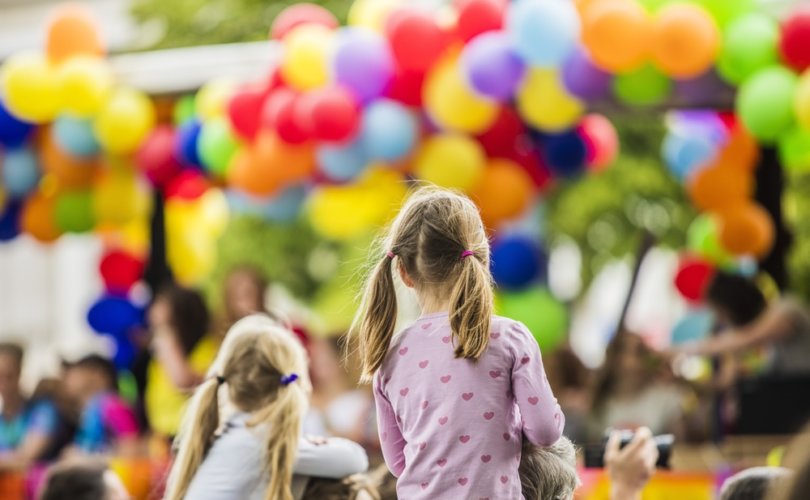 November 27, 2019 (Crisis) — On the night of November 8, 2019, the Toronto Catholic District School Board, after a long and heated debate, voted to adopt four gender terms into its code of conduct: “gender identity,” “gender expression,” “family status,” and “marriage status”. The chairman of the board, who supported the 8 to 4 vote, stated that “we need to celebrate our differences and make sure our children from the LGBTQ community and families from the LGBTQ community are supported and welcomed”. This view, however, is contrary to that of the archdiocese, which responded: “We do not accept the view of the human person which underlies this terminology, since that view is not compatible with our faith.”

This is a case of too many cooks spoiling the broth. Students at Catholic schools are equally protected by law and school policy from unjust discrimination, ridicule, and assault and battery. Since everyone is equally protected, there is no need to give special attention to any specific group. Bullying is, fundamentally, indiscriminate. Students are better protected by the enforcement of the regulations that are already in the book, and not by the school adding controversial terms to its code of conduct. Here, the responsibility lies with the administration and its teachers.

In addition, there is no such group as the “LGBTQ,” let alone the nonsense that they live in a “community”. This fabrication even lacks logical cohesion: bisexual implies the reality of two different sexes, while transgendered persons often deny that there are two sexes, and even deny that any particular sex is enduring. Moreover, the notion of “queer” is unintelligible to most people. Where is the NDDKO (Nerds, Dweebs, Dummies, Klutzes, and Oafs) community? It is well known that such individuals are often the prey to bullies. When will the Catholic School Board address their plight?

The real issue involves the political aims of the LGBTQ group, whose aims go far beyond mere acceptance, which they've achieved already and then some. As a political faction, they will not stop at anything short of ridding others — especially Christians — of any moral objection to their practices. They have vandalized Chick-fil-A restaurants and forced one to close before the fast food chain decided this week to cease donating to Christian charities. They have driven bakeries and wedding photographers out of business; they have brought lawsuits against the Knights of Columbus. And all because they cannot tolerate anyone who defends traditional marriage. This is why the appellation “LGBT mafia” has been coined: this sordid consortium has shown its true colors, and they are not to be found anywhere in the rainbow.

A mother of two who identifies as a Catholic strongly supports the Catholic School Board's decision. In an op-ed for the Toronto Star, she states that all schools should prioritize “the safety of LGBTQ students or of [sic] students who come from queer families”. Of course, that sounds like preferential treatment — if not prejudice. The author does not seem to consider the vastly greater and more prevalent needs of Catholic families seeking to teach their children the Catholic faith in authentically Catholic environs.

Catholic teachers in Toronto who oppose the Board's decision are rightly wary of what the future holds for them and their students. It has been well documented that the Catholic positions concerning homosexual sex and same-sex marriage have been targeted by the LGBTQ not only as “offensive” but as constituting “hate speech.” In the unnecessary attempt to be more “inclusive,” Catholic teaching is in danger of being excluded. If the “offensive” and the “hateful” are removed from the curriculum, Catholic education will suffer a mortal blow. It is a case of stretching the rubber band until it breaks. The old bromide comes into view: “give a person an inch and he thinks he's a ruler”.

In another Catholic school district — Ontario — a workshop is scheduled for December 6, 2019. One of the speakers is a certain Kevin Weldes Godin, an advocate for LGBTQ-inclusive education. He will be presenting to Catholic teachers — on their day of spiritual development — his view on gender and sexuality. Another workshop is entitled, “Equity: Building Capacity for LGBTQI2S+ Students.” Also on the program are activists from a company called “unlearn.”, which promotes the notion of multiple genders and the idea that white children are bigoted against other races due to an “unconscious bias.”

Catholic education should be Catholic. The secular world can be enticing, but Catholicism has something better to offer. Curiosity can be a dangerous temptation — Josef Pieper has referred to the vice of curiosity as “the roaming unrest of spirit.” Catholicism should not, as Jacques Maritain warned, find itself “kneeling before the world.”