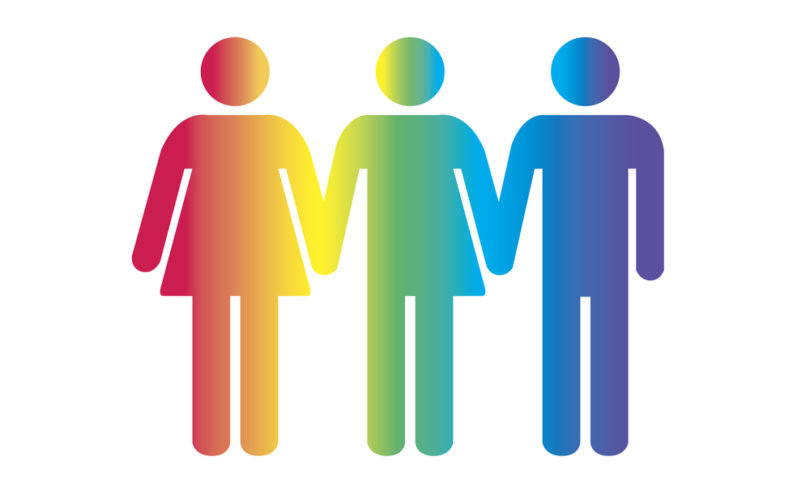 A recent piece in The Federalist by Stella Morabito captures some of the political and statistical realities surrounding transgenderism.  The ease with which societal elites in academia, medicine, and Hollywood sanction a child's war against his own body and call it healthy, normal, or something to celebrate has its foundation in the contraceptive revolution of our culture.  Women were told that the very thing that most marks them as a woman, their wondrous reproductive systems, their fertility, is their enemy.  If only they can break free from the tyranny of their own bodies, they will be free.

But we cannot break free from our bodies without further destruction. Hormonal contraception has brought us all kinds of “liberation” – cancer, unintended miscarriages, the masking of symptoms of reproductive disease until it may be too late to treat or mitigate, changes to our pheromone profile that attract and repel different types of sexual mates, the commodification of children and reproduction, which has led to designer babies, selective abortions and other eugenic trends, and a general disintegration of children's rights as the foundation for the legal structure surrounding civil marriage.

This is just one example of the catastrophic effects of declaring war on our own bodies, not just for an individual who declares such a war, but for many others in the culture who suffer from the effects of this materialist philosophy.  We do violence against human dignity when we agree with someone who has decided that his own body is his enemy.  We can not escape our bodies, no matter how aggressively we reject, medicate, poison, mutilate or even kill our bodies, as the sad teenager referred to in The Federalist piece did. In the end, our personhood is an inextricable combination of soul and body.  To damage one is to damage them both.  To reject one is ultimately a rejection of both and the psychological carnage of this self-rejection can not be avoided. The idea that we can separate our true personhood from our body is an ancient heresy that raises its head in different forms in every age.

I wonder if these elites would be quite so indulgent of this materialist assault on human nature if there were a child or a teenager who demanded racial preferences and affirmative action treatment because he claimed that he was truly black, trapped in a white body.  Walk with me through this thought experiment.

A white adolescent hails from a privileged family in a tony suburb, let's say.  He learns a little about history in school, and about Africa, and the Civil War, and he begins to experience overwhelming feelings of empathy with his black and African brothers throughout the ages. He thinks that this sympathy explains why he's always felt different or isolated from his own family. He begins to feel such unity with his black brothers that he delves more into traditionally black or African subcultures, including the hip-hop music scene, the nation of Islam, and adopts a fashion and hair style more traditionally associated with these subcultures. His parents begin to worry about his alienation from them, and especially his increasing despondency, anger and depression. He feels isolated from his family, unfeeling paragons of white privilege that they are. They ask their pastor to meet with him. To no avail. They take him to a Christian counseling practice, and his counselors try to talk to him about the healthy aspects of his sympathies and the perhaps unhealthy aspects in the form of his detachment from his cultural identity, his family and community connections. He rejects their efforts as bigoted, racist, and hostile to his true identity as a black man. His friends at first think it's funny and quirky, but as he gets angrier and more critical of them for not understanding him, or not wanting to play along with his “black” identity, they distance themselves from him and he grows more isolated and depressed.

As he ages, he wonders why people reject his claims of blackness, why black girls think he's weird and won't date him, and why the African American club at school thinks he's just quaint and odd rather than fully embracing him. As he applies for colleges, he lists his race as black, writes admission essays about his people's persecuted past, applies for minority-only scholarships and demands to live in the all-black dorm. When he is admitted to college, and his true race is obvious to his dorm mates, he grows aggrieved that his scholarship is rescinded and he is asked to move to a different dorm. He insists on rushing the black fraternities, and when they reject him, he sues them and the university for all their many expressions of bigotry.

What do we think about this man? Do we think that the problem is ours – our own intolerance? Are we the ones that need to change, and to resist the information being conveyed about this man by the biological facts of his skin color, ethnic history, and associated genes? Or do we reach out to him in compassion and love and try to address his deep psychological distress without affirming his self-rejection?