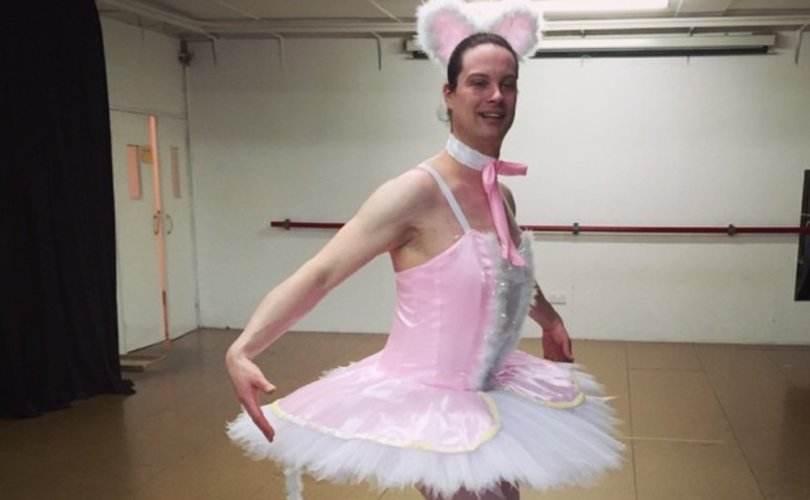 June 15, 2020 (LifeSiteNews) – A defense of biological gender came from an unexpected voice recently. J.K. Rowling, author and activist, spoke out against the transgender movement on behalf of women’s rights. No surprise, then, that the woke generation immediately attacked her on social media.

Rowling had the courage to risk censure by “leaving the winding but brightly-lit path of wokery,” as one blogger put it, to “addresses the trans lobby with tough love.” And, somewhat to my surprise, I agreed with several points Rowling made in her essay.

First, Rowling acknowledged that even though some girls are attracted to what the transgender movement offers, “increasing numbers” of young women “regret taking the steps that have, in some cases, altered their bodies irrevocably, and taken away their fertility.” I find the same trend in the transitioning women I counsel at Living Stones Ministries.

Furthermore, research has “consistently shown that between 60-90 percent of gender dysphoric teens will outgrow their dysphoria” — a fact also confirmed among the families I counsel. Trans-activists claim that children will harm or possibly kill themselves if they are not permitted to transition, but psychiatrist Marcus Evans noted that the activists’ claims do not “align substantially with any robust data or studies in this area. Nor do they align with the cases I have encountered over decades as a psychotherapist.”

In her essay, Rowling also says, “I believe things have got significantly worse for girls. Never have I seen women denigrated and dehumanized to the extent they are now … Everywhere, women are being told to shut up and sit down, or else.”

I, too, understand what it feels like to be silenced. Trans activists have told me repeatedly that I was a “selfish daughter” because I resented my father’s invasion of my privacy, his desire to wear my clothes and makeup, his obsession with being what I was — female.

Like all transgenders, my father sought what he could not ever possess. His infatuation with becoming female reminds me of a character in J.R.R. Tolkien’s The Lord of the Rings. The creature Gollum made the ring of power, which he called “my precious,” an idol that ruled all of his thoughts and affections. The gold ring looked harmless, but it had the power to destroy anyone who possessed it. That’s why Frodo had to toss it in the fires of Mordor. To keep it would have been worse.

I’m not sure exactly how my dad procured his “ring of power,” but the obsession that empowered him imprisoned me through the sexual abuse he inflicted on me. I’m not saying every man identifying himself as a transgender woman has sexually abused women, but it does occur.

In Rowling’s essay, she also admits to being a domestic abuse and sexual assault survivor. She notes, “The scars left by violence and sexual assault don’t disappear … I pray my daughters never have the same reasons I do for hating sudden loud noises, or finding people behind me when I haven’t heard them approaching.” I agree. God has given me immense healing, but abuse is a scar that remains sensitive, and certain memories will never be erased. For example, when I enter a public bathroom, I still look at the size of the person’s feet in the stall next to me. Could those feet belong to a predatory male?

Again, I’m not saying that every transgender is a predator, but Rowling is right when she says, “When you throw open the doors of bathrooms and changing rooms to any man who believes or feels he’s a woman … then you open the door to any and all men who wish to come inside.”

Rowling also takes issue with trans-activists because they insist that “women must accept and admit that there is no material difference between trans women and themselves. … But, as many women have said before me, ‘woman’ is not a costume. ‘Woman’ is not an idea in a man’s head.”

Indeed. ‘Woman’ is God’s idea. He created male and female. And both sexes are precious in his sight — as he created them.

Rowling concludes her essay by saying, “I refuse to bow down to a movement that I believe is doing demonstrable harm in seeking to erode ‘woman’ as a political and biological class and offering cover to predators.”

I applaud her bravery. Speaking the truth is not hateful; it’s an act of love. Rowling, and the host of other sexual abuse victims, have the right to speak out and should be respected for doing so. Instead, our culture harasses them in public and hurls insults at them on social media. Some women understandably are afraid of doxxing, losing their jobs, or being physically injured.

Trans-activists always make the transgender the victim and disregard those who are trampled beneath the feet of those rushing toward the illusion of being the opposite sex. But let’s be honest. Who’s the real victim here?

Denise Shick is the author of My Daddy’s Secret, a book about what the transgender lifestyle of her father did to her as a child.