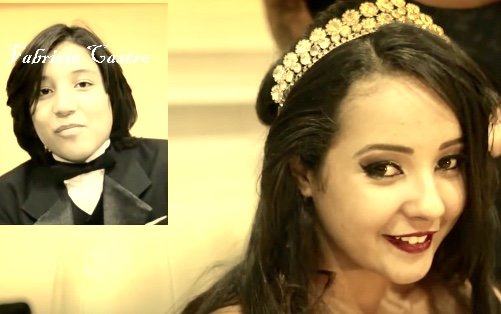 January 31, 2020 (LifeSiteNews) – Quinceañera, or the fiesta de quince años (15 years), is a popular celebration among Hispanics throughout the Americas, including  the United States. It’s a coming-of-age event, a grand fête, that marks a girl’s 15th birthday, a symbolic passage from life as a child into womanhood.

You could think of it as roughly equivalent to a Jewish boy’s bar mitzvah. And indeed, it has religious overtones; among Catholics, it often includes a special Mass.

The girl is treated as princess-for-a-day. She’s clothed in an elegant dress with wide, flouncy skirt, her hair and makeup elaborately attended. She’s accompanied by an honor court. And she receives a ceremonial change of shoes, flats to high heels, from her mother.

That’s the traditional version, anyway. Egalitarianism has prompted the rise of quince-for-boys (much as Jewish girls can celebrate bat mitzvah). I don’t know if the male variant of quinceañera has quite the symbolic punch of a girl’s celebration. But the birthday boy wears a sharp suit, he’s fussed over by family members, his buddies and relatives get to party, and his parents pick up the tab.

In our diverse time, when cultural appropriation has been raised to the level of high art (and big business), quinceañera has been adopted by other ethnic and social groups to mark various passages and life statements. It has even become a feature of the transgender scene — and as such, it’s another marker on our journey to total sexual confusion.

Perusing YouTube, that unique cultural archive, you might stumble upon a collection of videos that document transgender quinceañera events. If you’re able to handle the slightly creepy feeling that can come with watching these presentations, you’ll see that the elegant dresses are worn by boys, their faces made up, their hair elaborately coiffed.

The makeovers are done by a visual imaging firm called Fabricio Castro Fotografía, a Chile-based company that provides photography and video coverage of the celebrations. Services include makeup, hair styling, and femininity coaching from by a team of artists and technicians who work throughout Latin America, even coming to the United States on occasion.

So skillful are their transformations that, if you didn’t know better, you’d assume these boys are young women. The artistry required to turn teenage boys into princesses — questionable as it may be — is undeniably impressive, (and the production values evident in the videos first-rate). But these online views are also noteworthy for what they show about the attitudes and emotions of fiesta participants.

The quinceañera boys themselves are quite visibly elated. Presumably, they’ve been struggling with gender conflicts, and so this peak princess moment is the realization of their feminine dreams. You can see they’re enchanted by the whole experience.

What’s most interesting, however, are the reactions of family members and guests. Everyone seems to be having a wonderful time: the parents, grandparents and siblings, the aunts, uncles and cousins, the teenage friends. They dance with the boy princesses and pose for group photos, all sharing in the fun.

Now, these videos are produced for the family, so undoubtedly the shots are chosen with great care. They aren’t going to show some grumpy old tío making a derogatory comment. And of course, the idealized representation put forth — glowing teenage boys made up as pretty girls, receiving encouragement from smiling family and friends — serves to promote more such business for the producers.

Amid the good cheer, there are occasional hints that not everyone is 100 percent onboard with the gender fluidity that’s at the center of things. Captioning on one particular video notes that the quinceañera boy’s father had refused to attend; there was obviously a little drama to that back story.

“For security reasons, we only work for people that are recommended by other clients or that we know directly, because there are homophobic groups that, in addition to closing our channel, have tried to attack our integrity.”

I guess the gender revolution hasn’t been fully accomplished quite yet.

One wonders if most of the quinceañera boys intended this big event to be the occasion of their coming out as transgender. Consequently, some guests might have arrived unaware that they were about to witness a startling personal revelation. Nonetheless, these videos clearly show that most folks taking part are supportive, if a little bemused. The overall atmosphere is festive, jovial, and celebratory.

Even if the actual number of transgender quinceañera parties is relatively small, they demonstrate that the transgender movement is an international phenomenon, not just a product of American sexual progressivism. Regardless of where these fiestas are held — and despite the alleged hostility of those “homophobic groups” — the behavior and atmosphere captured on video show a measure of acceptance, or at least toleration.

Perhaps the variety of gender expression so much on display these days has reached a point where people figure: What the heck! Go with the flow. Have a good time. And anyway, who wants to be the one to throw a wet blanket over the party? That could sour family relations, already made awkward by this delicate situation, for a long time.

Whatever the thinking, this cultural turn has to be counted a victory for the gender revolutionaries, even if there’s still some mopping up to be done after the revolution.

The biggest unanswered question in my mind is: Why would the parents do this? Why agree to such an open display of their internal family dynamics? (Not to mention an expensive one — you can bet the services of Fabricio Castro Fotografía cost a pretty peso. And that’s on top of the dress, the party venue, and other related outlays. ¡Mucho dinero!)

Are Mom and Dad really happy about their son’s cross-gender aspirations?

No doubt the boy had been begging them for this dream day over and over during the months leading up to his 15th birthday. And the stress of dealing with his gender turmoil has probably gone on even longer.

Have Mom and Dad simply been worn down by it all?

I don’t question the unconditional love of parents for their child. But if they think this will help the lad get girlish fantasies out of his system, they’re probably mistaken. The emotional rush of receiving public affirmation in his “feminine” persona will more likely confirm him in his desire to be a girl.

These TG events speak to the complex nature of gender identity. In a sense, female is nature’s default setting (per those two X chromosomes). It takes something additional to make a boy secure in his biological destiny and his social role as a male — something more than merely replacing one of those X’s with a Y.

Decades of feminist carping about toxic masculinity, the devaluing of fathers, and a full-frontal assault on the traditional preserves of boyhood (e.g., gender integration of school sports, destruction of the Boy Scouts, etc.) have made it difficult for boys to find their way to confident maturity. Add to that an intense focus on the special needs and concerns of girls and women, which has dominated society for the last half century, and it’s no mystery why boys who experience certain conflicts and preoccupations can become fixated on strong symbols of femininity like quinceañera.

Those arresting videos are signs of our time, here as much as in Latin America.

Sadly, boys who’ve already committed themselves to the transgender idea just may have to follow their chosen path until they confront and resolve their conflicts, if indeed they ever do. Pray they won’t destroy themselves along the way.

As far as most young males are concerned, however, is it possible to restore some sanity to the subject of gender? We’ve got a lot of lost ground to recover. But to begin, we need to get out ahead of our current confused sexual/cultural climate. We can start by highlighting appropriate male role models and coming up with convincing ways of honoring authentic manhood, so that boys find it reasonable to conclude that being male is worthwhile — something which society hasn’t been telling them for a long time now.

In essence, we must reassure boys that they’re perfectly fine the way they were created by God: as boys.

Bill Kassel is a writer, media producer, and communications consultant based in Michigan. He hosts “Free Expression,” a radio series and podcast produced by Good Shepherd Catholic Radio. And his writings have appeared in numerous publications and online journals, as well as on his blog, “The Guy in the Next Pew” (billkassel.com).