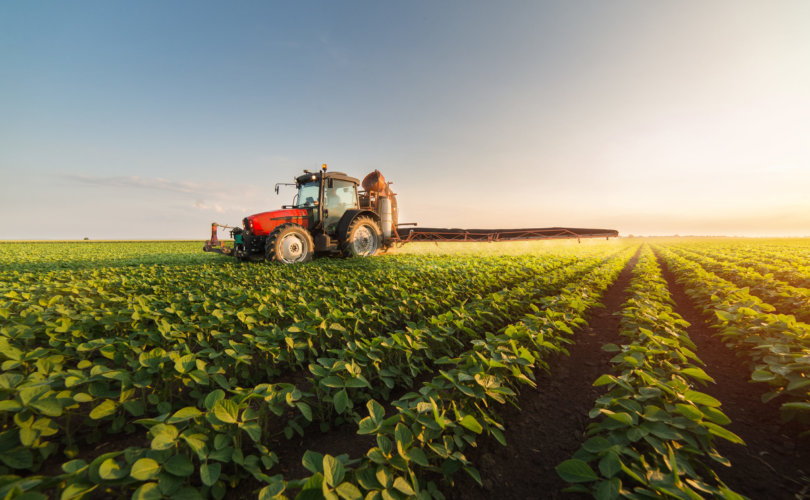 (LifeSiteNews) — You may have heard about the recent string of demonstrations led by farmers that have broken out across the Netherlands and other countries like Italy, Germany, and Poland to protest the adoption of excessive environmental policies that could potentially lead to the closure of countless farms, killing jobs and ending livelihoods in the process.

Unfortunately, the same kind of environmental extremism that has given way to these protests has made its way to the western world, and Canadian Prime Minister Justin Trudeau hasn’t hesitated to confirm which side of the argument he falls on with the ongoing implementation of his own job-killing, farm-destroying nitrogen emissions cap.

First unveiled in 2020, the Trudeau government’s climate plan — clearly modeled after the collective globalist vision for the future of environmental regulation — seeks to reduce nitrous oxide emissions in Canada from its 2020 levels by 30% by the year 2030. Most of the emissions targeted by the plan tend to result from fertilizers commonly used by farmers.

In turn, this policy, shall it remain in effect, is likely to significantly cut down on thousands of Canadian farms’ ability to produce at the pace they normally would over the remainder of the decade, inevitably reducing crop yields, threatening jobs, and destroying livelihoods in the process. But Trudeau’s Liberal government seems less than concerned about the policy’s effects:

” … nitrous oxide emissions, particularly those associated with synthetic nitrogen fertilizer use, have also grown significantly,” declared a news release from Agriculture and Agri-Food Canada, the country’s federal department for agricultural matters, from earlier this year. “That is why the Government of Canada has set the national fertilizer emissions reduction target, which is part of the commitment to reduce total GHG emissions in Canada by 40-45% by 2030 … ”

By way of this statement alone, Trudeau’s government has all but directly admitted that the use of such fertilizers has proven beneficial for farms across the country over time, and that, by making them a foremost target of these fairly new emission regulations, those farms are now set to be decimated in order to signal to the rest of the world that Canada is doing its part to advance the tenets of the Great Reset.

But despite the objections of thousands of farmers, Trudeau still plans to move forward with this destructive new regulation, which will not only hinder farms’ ability to prosper but could also trigger new food shortages.

In fact, Trudeau himself has admitted to this impending danger, warning Canadians back in the spring that food shortages would be imminent. However, like many of his counterparts in other countries, the prime minister attempted to blame everything from the Covid-19 outbreak (which has significantly receded since the beginning of the year) to the ongoing war in Ukraine for the coming shortages, rather than taking any personal responsibility for the policies that are causing and poised to worsen this avoidable crisis.

It’s this kind of utter carelessness that has defined his time in office, so it should come as little surprise that, when the time came to choose whether he’d have the back of Canada’s farmers and agricultural industry, or the elite class of globalists attempting to spread largely unfounded environmental alarm in order to carry out their own one-world, authoritarian agenda, Trudeau went with the latter.

Likewise, this sort of move by the prime minister is evocative of those that have led to numerous uprisings across the world by the men and women who continue to be harmed by similar policies, most notably in the Netherlands.

There, lawmakers recently approved legislative proposals to significantly decrease greenhouse emissions by the end of the decade, including but not limited to nitrogen oxide and ammonia, which, of course, are often used in farming.

This specific plan, as championed by Christianne van der Wal, the Dutch Minister for Nature and Nitrogen Policy since January, seeks to exceed the globalist EU’s agreement among Member States to reduce greenhouse emissions as a means to combat climate change by at least 40% by 2030, replacing the desired percentage with an even loftier 55%.

And while Canada’s plan calls for a slightly lower 30% reduction over the same period of time, it would be foolish, if not completely irrational, to suspect that Canadian farmers would not be wrongfully subjected to the same kind of hurdles currently faced by Dutch farmers, if they haven’t been so already.

Perhaps most important to remember, though, is the fact that such policies are a clear tenet of the Great Reset, pushed by globalist entities around the world like the World Economic Forum, led by Klaus Schwab. Look no further than the WEF’s own “Net Zero Challenge,” which seeks to coerce participants into cutting all greenhouse gas emissions by the year 2050 and will inevitably leave countless jobs and livelihoods hanging in the balance as a result.

In turn, it would seem nearly inevitable that thousands of farms, many owned and operated by families, may find themselves in jeopardy within the coming years, be they in the Netherlands or, as things currently stand, also in Canada and potentially other nations in the western world, should these extreme environmental regulations become the new norm.

We already know that hard-working Canadians will not sit idly by while their basic right to earn a living for themselves and their families is trampled upon by the federal government (see Freedom Convoy Truckers, circa January-February 2022). And with farmers rising up in countries across the world to protect and defend their livelihoods against power-hungry governments that refuse to do so, Canada will most certainly, and most rightfully, be next if Trudeau does not switch gears soon.