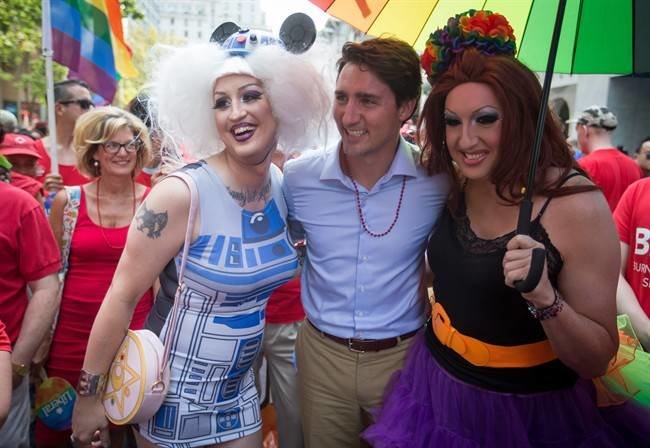 November 11, 2016 (TheBridgehead) — Justin Trudeau has selected his first nomination to Canada’s Supreme Court, and it highlights precisely why secular progressives have been so effective in changing the laws the of the land: They take every opportunity to place those who share their radical worldview in places of influence and power, and they make no apologies for doing so. Trudeau’s choice was Newfoundlander Malcom Rowe, a man Trudeau presented as “one that will help ensure that those chosen to render critical judgments for the good of our citizens are qualified, non-partisan, and reflective of Canadian society.” And what, do you ask, does a judge who is “reflective” of our society and is “non-partisan” to boot look like? From the Toronto Star:

He helped to untangle the province’s constitutionally entrenched religious denominational school system in the mid-1990s, enshrine human rights protection for gays and lesbians, and extend full health funding to the Morgentaler abortion clinic.

To be clear, this means he assisted in the pillaging of taxpayers’ wallets—including those of pro-life Canadians—to fund the physical destruction of the youngest members of our society, those developing in the womb. This is obviously no surprise. While the selection might not be reflective of all Canadian society, it is certainly reflective of Justin Trudeau’s personal worldview, and as such he is selecting a judge who will work to further that worldview from the highest court in the land. That’s what secular progressives do.

That is not, on the other hand, what conservatives do when they are presented with the same opportunity. Legal euthanasia, for example, was brought to us courtesy of judges selected by Stephen Harper himself. The Carter v Canada case that legalized so-called assisted suicide in Canada was a unanimous decision—all nine of the Supreme Court justices voted in favor of euthanasia. And six of those justices—Marshall Rothstein, Thomas Cromwell, Andromache Karakstansis, Michael J. Moldaver, Richard Wagner, and Clement Gascon, were Harper appointees.

To some degree, I understand the nostalgia for the admittedly dignified Stephen Harper and his principled comportment on the world stage. Comparisons between Harper’s statesmanlike presence and the boyish Justin popping up around the country like a shirtless jack-in-the-box provoke comparisons understandably sympathetic to the former prime minister. But for social conservatives, it is hard not to look at Harper’s tenure as a lost opportunity. He could have shaped the legal landscape for a generation, selecting judges who were resolute in their defence of human life and religious liberty. Instead, his leadership gave us the men who enshrined the utterly fictitious right to suicide as the law of the land.

The consistent failure of conservatives to seize the opportunities given to them is the reason that secular progressives continue to march from strength to strength, while hapless voters wonder why things continue to slide so far, so fast.

Reprinted with permission from The BridgeHead.