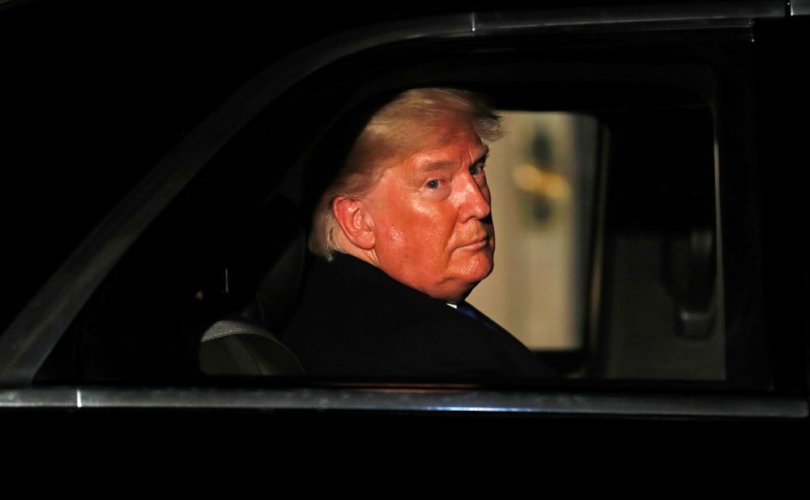 December 4, 2019 (American Thinker) — We are told that the long awaited report from Inspector General Michael Horowitz will be made on December 9, and two days later, on December 11, he will publicly testify about it. In the meantime, you might want to copy and study this incredible analysis by Yaacov Apelbaum. In my view, he did more to connect the web of anti-Trump plotters than anyone before or since.

Of course, Apelbaum is not the only non-governmental investigator into the foreign interference in our 2016 election. Last week, Andrew C. McCarthy's book, Ball of Collusion, on the plot against the president, was reviewed by Spengler (David Goldman), who offers up his own view of the reasons why “a cabal of spies with the support of the major media” worked to subvert our Constitution and nullify the election of Donald Trump.

He notes how McCarthy traces unelected civil servants' lies to get warrants to spy on the Trump team using the Fusion GPS concoction, itself based on unidentified, unverifiable sources. Then–CIA director John Brennan working with his counterparts in British and European intelligence services, who all shared their “progressive alarm,” joined in to damage Trump's opposition to their transnational intentions.

In short, Trump's enemies did all the things they accused Trump of doing. They conspired with foreign countries to influence the outcome of a US presidential election. The story seems improbable and outrageous, but in McCarthy's masterful account, it's something that one could put before a jury in a court of law.

McCarthy believes that the spooks went after Trump to protect their cozy post–World War II order. I think the reasons go much deeper: Trump threatened to turn over the rock and expose the creepy-crawlies underneath to the harsh light of day. A strict accounting of the intelligence community's actions over the past two decades would leave heads rolling and pensions canceled. The peasants were marching on Dr Frankenstein's castle, and their leader had to be put down.

The great American catastrophe of the 21st century came about because America wasted its resources and depleted its morale in pursuit of unattainable, utopian goals, and left a gigantic mess in its wake. Washington's support for majority rule in Iraq destroyed the longstanding Sunni-Shiite balance of power in the region and unleashed a new Thirty Years' War, with devastating consequences for Syria.

The Clinton-Bush vision of NATO expansion [included] countries in which the United States has no strategic interest and no capacity to defend. As Professor Walter McDougall of the University of Pennsylvania wrote this year, “The nations admitted in the second round of NATO enlargement were of another order altogether. They included Balkan countries inside Russia's traditional sphere of influence, or else heirs to Eastern Orthodox civilization, or else — in the case of the Baltic republics — had been integral and strategic parts of Russia since Peter the Great[.] … In 2008, Putin finally pushed back, ordering the Russian army to occupy the Georgian provinces of Ossetia and Abkhazian in support of local rebels.

The “creepy-crawlies” of unelected civil servants surely included the ambassador and staff of the U.S. Embassy in Ukraine.

Reviewing a transcript of the George Kent testimony about the Ukrainian prosecutor who had been investigating, among other things, the bribes by Burisma to Hunter Biden, Lynn Chu notes on Facebook:

The State Department denied Shokin a visa out of what George Kent averred, providing no facts or details whatsoever, was a “broadbased consensus,” that for Shokin to allege corruption at the US embassy must itself be corrupt [p. 50, George Kent statement (out of 355 empty rambling pages, in closed session, Nov. 6, 2019)]. What this is, is self-dealing. It is bias and an obvious conflict of interest from which State Department officials had a duty to recuse from any decision upon, and refer to their White House superiors for decision. They knew the White House decision would have been to admit Shokin (and his successor prosecutors) to meet and testify to Giuliani and his team, so it was insubordinate of State to block such entry and testimony from Shokin (and other Ukrainian prosecutors). A lot of firings are very likely warranted here.

If you thought Robert Mueller's report was complete, Margot Cleveland notes significant omissions revealing that he was “either incompetent or a political hack.”

Analyzing a P.R. push by Fusion GPS's co-founders and the testimony by Fiona Hill, a former member of Trump's National Security Council, she argues that Mueller failed utterly to determine why Steele, who crafted the infamous dossier, was pushing “a disinformation campaign on behalf of Hillary Clinton in his dossier.” Or why he dropped the ball on looking into former Russian prosecutor Natalia Veselnitskaya, who initiated the Trump Tower meeting, and her connections with Fusion GPS, including a dinner with its co-founder, Simpson, the evening before the meeting. “There is” in the Mueller report, she notes, “no suggestion that Mueller's team even considered the possibility that Veselnitskaya was somehow 'working Fusion GPs' while other Russians were 'playing Steele' with the possible goal being to interfere in the 2016 presidential election.”

While Mueller ignored these questions, in her deposition testimony Hill also expanded on why she believed Steele had been “played” by the Russians. After seeing the dossier in BuzzFeed, “I expressed the misgivings and concern that he could have been played,” Hill told the House Committee.

“If you also think about it,” the Russian expert explained, “the Russians would have an ax to grind against [Steele] given the job that he had previously. And if he started going back through his old contacts and asking about, that would be a perfect opportunity for people to feed some kind of misinformation. He's obviously out there soliciting information. What a great opportunity to, basically, you know, present him with information that he's looking for that can be couched — some truth and some misinformation.”

It appears that Biden still heads the pack of Democratic would-be nominees, even though, as Scott Adams tweeted, “Trump makes Biden look like pocket lint.”

This might explain why his Democratic colleagues keep beating the impeachment drum. Next up, Chairman Jerry Nadler promises a review of the basis of impeachment and “an understanding of terms like 'high crimes and misdemeanors.'” That should provide no end of amusement.

As our own Monica Showalter reported, no amount of yammering on the Hill has persuaded black and Hispanic voters to hop aboard the impeachment train. Indeed, it appears that the longer the congressional Democrats monkey around like this, the worse their chances in 2020. Nor is there any sign that Trump-supporters have abandoned him. Indeed, analysis of those attending his packed rallies indicates that many who wait in long lines to hear him are self-identified Democrats. He's picking off a large part of their base, improving their economic situation while congressional Democrats endorse policies they hate and yammer on about undoing the last election through impeachment for which they keep shifting rationales.

I no longer think Pelosi will even get enough votes to support an impeachment. It appears that something like 31 of her troop will face serious electoral consequences if they go along with such an attempt. In any event, they have to consider whether such a Quixotic move is worth it. Not only will the Senate not vote for it, but there is every indication that a trial there will further expose the significant corruption of Biden, his family, and other key Democrats. If the timing is right, the Senate Republicans can continue the trial right up to the election, and certainly after “pocket lint” Biden is the Democratic nominee with no replacement possible.

In the meantime, the transnationalists are getting slammed in Hong Kong, where Chinese stooges lost big time at the ballot box and thousands of its residents marched with American flags and Trump posters in thanksgiving for Trump's support of them. In Iran, reports are that hundreds of banks have been torched, and the rebellion against the mullahs to whom Obama catered shows no sign of abating despite hundreds killed, thousands wounded, and tens of thousands imprisoned.