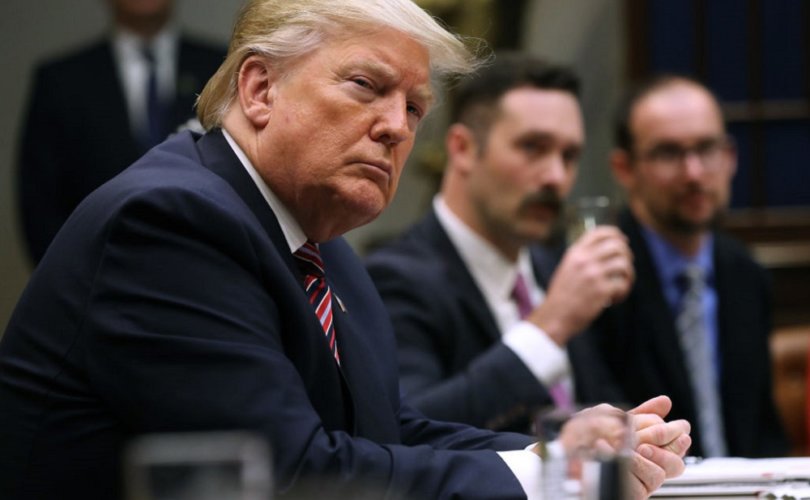 December 6, 2019 (American Thinker) — Surf the conservative websites, and you'll find endless articles and comments asking, “Why do the Democrats hate Trump so much? Why are they so hell-bent on impeaching him?” Until the past year, there really wasn't any explanation out there, but with what we've learned since 2018 from FBI texts, tapes, and emails, as well as other disclosures, a wide, sweeping campaign to undermine a Trump presidency was in the works well before he was even elected. Why is that?

To answer that, we need to consider what it was about Hillary Clinton winning in 2016 that was so crucial to Democrats that the Obama administration's CIA and FBI would conduct an illegal, clandestine operation to ensure that it happened. The obvious answer is that under a Hillary administration, there would be no investigations into the many questionable dealings of the Obama administration or of Hillary, herself, and the massive growth in her Clinton Foundation “charity” and her personal wealth while serving as secretary of state.

But there is a better reason, one that benefits not just Obama, Hillary and those who assisted in their illicit activities, but the Democrat party as a whole and the socialist movement in America — with truly historical consequences.

There have been numerous disclosures revealing that the Democrats were planning Trump's impeachment even before he was inaugurated. Peter Strzok, central to the FBI's effort to defeat Trump, referred to an “insurance policy” should he be elected. All evidence points to the reality that the Democrats and the Deep State were committed to destroying Trump before he could take any presidential actions. And what was it that the newly elected Trump could do that would have the most lasting negative impact on the Democrats' and liberal Deep State's most cherished ambitions? Was it perhaps his ability to make hundreds of lifelong appointments of federal district judges, not to mention his ability to ensure a conservative Supreme Court for decades to come?

Democrats have long known that what they can't achieve at the ballot box or through legislation, they can accomplish through leftist judicial activism. A major reason the Democrats control the West Coast is the über-liberal Ninth Circuit Court of Appeals, which has upheld almost every cockamamie liberal cause brought before it. The Dems knew that Hillary would pack the federal judicial system with left-wing lawyers who would remove all legal obstructions from the path of their socialist ambitions. The stymieing of this leftist project of remaking of the federal judiciary had been a major frustration for the Democrats during the Obama administration due to the Republican-controlled Senate delaying or blocking Obama's liberal appointees.

Hillary Clinton, hoping to operate with a Democrat-controlled Senate, was supposed to be the answer to the liberals' frustrations. That infamous electoral map showing a hugely red America following the 2016 presidential election had to make them realize the citizens out there in flyover country weren't buying their extremism. That realization, coupled with the fact that they didn't capture the Senate, had to heighten their awareness of how important the Judiciary route was to them if they were ever to impose their socialist policies on this nation.

And Donald Trump, once elected and with a Republican Senate majority, held all the cards in that game. That was an intolerable situation for the Democrats, and their only possible means of preventing Trump from thwarting their plan for a permanent liberal federal Judiciary was to get him out of there before he could or to keep him otherwise distracted and ineffective. To their absolute horror, Trump seized on the opportunity offered him and began appointing almost 170 constitutionalist federal appeals judges and district judges — and, worst of all for the Democrats, a pair of conservative associate Supreme Court justices, Gorsuch and Kavanaugh.

That, folks, is why I believe that Donald Trump has made the Democrats go stark raving mad. He has foiled their only realistic opportunity to impose socialism on America through liberal judicial activists, perhaps for decades. Worse, if the ancient and sickly Ruth Bader Ginsburg dies, he will be able to place a third young associate justice on the Supreme Court, ensuring a conservative majority there for at least two decades. Democrats must also be horrified at the number of federal judges Trump will be able to appoint throughout a second term. Remember the rare moment when a Democrat spoke truthfully and said, “I'm concerned if we don't impeach this President, he will get re-elected.”

He could have revealed his party's real fear and said, “And appoint more federal judges.”