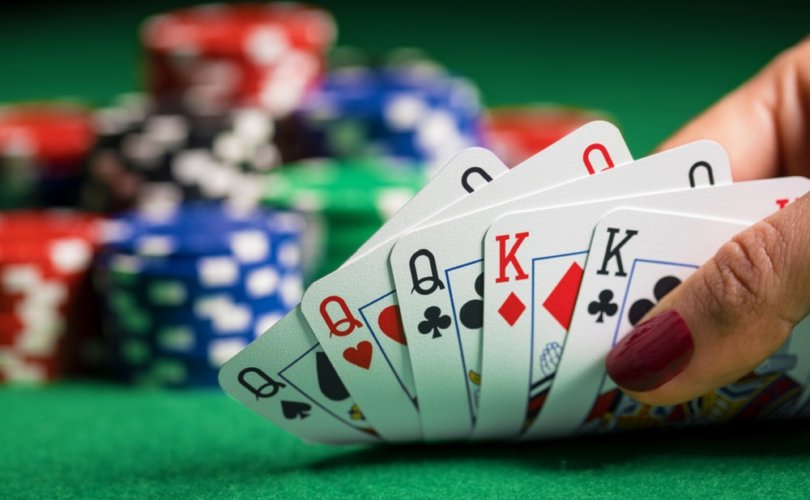 October 11, 2019 (American Thinker) — The current situation in Washington is, in the language of poker, a bluff. The Democrats are bluffing; they have only weak cards in their hand. They actually have nothing against Trump. That's all they have ever had.

What awaits the president after impeachment? The answer is…nothing. Impeachment is a purely political maneuver, and the president remains to fulfill his duties until the end of his term, knowing that the House is unhappy with him. The last well known example is President Bill Clinton, who was impeached in 1998 (but acquitted by the Senate). And so what? Nothing — he continued to work.

The fact is that the second part of the vote of no confidence takes place in the Senate. Here in the Senate, according to the US Constitution, a trial of the president occurs. The trial takes place in a manner close to a real court proceeding — with lawyers, prosecutors, judges, prosecution witnesses, and defense witnesses. Contrary to the House decision, the Senate's trial considers whether or not there was a violation of the law by the president. If a violation of the law has occurred, then the president could lose his post.

Therefore, what is happening now in the House of Representatives is an unauthorized (albeit with the verbal approval of Speaker Pelosi) political show of two congressmen with demonstrably low I.Q.s: the chairman of the Intelligence Committee, Schiff, and the chairman of the Judiciary Committee, Nadler. Since the current case of impeachment in the House is an unofficial media spectacle but legally does not exist, the Republican congressmen officially have no way to participate in this case: neither to interrogate witnesses nor to get acquainted with documents. They are completely squeezed out of the process.

This backstage fuss over impeachment without the authorization of the entire House is a procedure on the verge of illegitimacy. This conclusion follows both the letter and the spirit of the law. The U.S. Constitution clearly shows that the Founding Fathers foresaw such situations in advance and tried their best to protect the institution of the presidency from frivolous accusations by individuals.

In fact, in any election, there are winners and losers, and the Founding Fathers deliberately established a system in which said losers would not have an opportunity to seek revenge on the winners. In other words, impeachment can be initiated only by a public institution — the House of Representatives — and not by individual citizens, no matter how high they are in the public hierarchy. If they do otherwise, the Democrats could well lead America to a constitutional crisis.

The Founding Fathers intentionally raised the bar for impeachment and the subsequent trial to unprecedented heights, demanding that the removal of the president from office be for a flagrant violation of the most serious laws by the president — such as, for example, betrayal. The Founding Fathers tried their best to reduce the likelihood of settling political scores with the help of endless impeachment procedures. That is why a Senate trial requires a constitutional two thirds of the vote. Such a high level was supposed to cool the ardor of all those individuals who, instead of a constructive opposition, would decide to participate in a political vendetta.

The TV propagandists talk a lot about the fact that some senior White House officials have already been officially subpoenaed: Vice President Pence, Secretary Pompeo, Rudy Giuliani, and others. This is a bluff. There are no formal subpoenas — subpoenas can be sent only after voting in a committee of the House (for example, the Judiciary Committee or the Intelligence Committee). So far, no committee has voted.

So what happened? There were just letters sent to some members of Trump's staff, signed by the chairmen of some committees of the House. That's all, folks. The letters call Trump employees for voluntary testimony and the voluntary submission of documents, and a warning is made that if they do not agree to this, a subpoena may be issued. That is the maximum that the chairpersons of committees of the House can do as individuals, without a vote, while remaining within the law.

Democrats and their ideological comrades in the mass disinformation media are recognized masters of the fake news. No doubt, their next big project is a fake impeachment.

Why do Democrats behave in this manner? To a large extent, because voting in the House of Representatives and its committees is never secret. It is always out in the open. So the Democrats do not want the voters to know who voted for impeachment and who is against it. All Democrats — members of Congress from traditionally Republican states — watch this circus with horror. They know very well that if they vote for impeachment, the 2020 elections will be their last.

We should not forget that impeachment is the only weapon left for the Democrats to at least somehow resist the investigation of the Department of Justice about the origins of the failed “Russiagate” palace coup and the role of the Obama administration in the widespread surveillance of Trump in 2016–2017. The irony of the situation is that Trump's political opponents — the Democrats and the disinformation media supporting them — have been complaining for more than three years that other states' interference in the U.S. election is bad and not acceptable. So now, when Trump decided to conduct a thorough investigation of such interference, they fell into hysteria.

The conclusion is unequivocal: the Democrats want Trump's impeachment, but only in virtual form, only on a TV screen, since they are guaranteed to lose a rigorous legal or political trial.

Democrats went all in: they decided not to recognize the results of the 2016 elections and embarked on a new, unprecedented in America path — the path of a permanent palace coup.

However, an attempt to impeach the president responsible for the lowest unemployment rate in America in the last 50 years is political suicide. Trump knows this well, so he constantly encourages and gently pushes the Democrats to impeach him.

Therefore, the Democrats are forced to roll this bluffpeachment process despite Trump not violating any laws (at least, the Democrats carefully do not mention any statute that Trump has presumably violated). However, it is clear to everyone that Trump's indictment, if brought forward, could only be for the worst — from the point of view of the Democrats — crime: the crime of winning the election.

Gary Gindler, Ph.D. is a conservative columnist at Gary Gindler Chronicles, and the founder of a new science — Politiphysics. Follow him on Twitter and Quodverum.