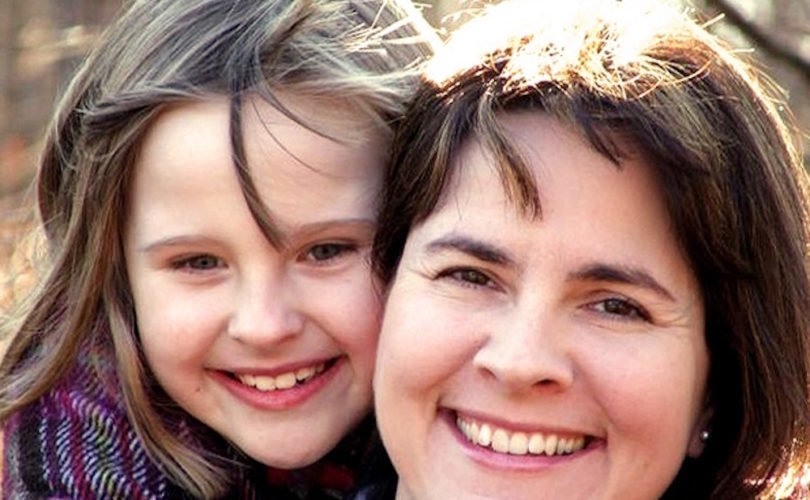 January 12, 2021 (Ruth Institute) — A few years ago, The Ruth Institute analyzed the case of Lisa Miller, who fled the country with her biological daughter, to protect the daughter from the alleged abuse of Lisa’s former partner. Lisa, a former lesbian, was damaged and harmed by the Sexual State. Lisa's former partner used the power of the family courts to force Lisa to share custody with her, by redefining the “presumption of paternity” to the gender-neutral “presumption of parentage.” Now Lisa Miller is back in the news — hoping to receive a presidential pardon.

The case is strange and disconcerting for anyone who is familiar with it. Lisa Miller (interviewed for her story in 2008 by LifeSiteNews) — had a difficult life: by the time she was seven she was paying the mortgage, making sure food was on the table, and dealing with her parents’ divorce. Due to that and her mother’s mental illness, she got addicted to speed, and when she was married, her husband introduced her to alcohol. After a failed suicide attempt while recovering from alcoholism in the hospital, she was transferred to a psych ward.

While in the psych ward her therapists decided, without consulting her husband, that the reason she had so many struggles was because she was a lesbian. Clearly, they told her, the struggles she was facing came from difficulties “coming out.” Later, after divorcing her husband, she followed their advice.

The incredible thing was that she had all of this childhood trauma (what 7 year-old should be balancing checkbooks and taking speed?) that the therapists hardly delved into and didn’t really discuss with her. Talking a patient into a sexual identity based on the therapists’ hunch, and disconnected from the facts of the patient’s case, seems like it might be malpractice.

Lisa’s life became more difficult as she moved in with, and later became joined in a civil union with, Janet Jenkins. Lisa said, “Janet and I did not have a typical relationship. We were together — however, there was rarely any intimacy. Maybe once or twice a year and this was consistent throughout the relationship. I personally did not feel that way. This upset Janet a great deal and a lot of the abuse centered around that, as well, with name-calling and things like that… I actually, ended up leaving her in 1999 because the relationship had turned violent.”

While many of us may be confused as to why Lisa might stay in a relationship that became more and more abusive, Lisa explained it in terms of a comfort zone. “For me, being with her, and this is going to sound weird, but it was like a comfort zone because I was used to being abused growing up… with women, what I was trying to do was trying to recreate a mother/daughter bond that I never had.”

— Article continues below Petition —
President Trump: Please pardon all involved in the case of Lisa Miller
Show Petition Text
6132 have signed the petition.
Let's get to 7500!
Thank you for signing this petition!
Add your signature:
Show Petition Text

After Lisa and Janet got back together, they moved to Vermont and obtained a civil union in 2000. In 2001 Lisa decided to have a daughter via artificial sperm donation. Janet generally maintained that she wasn’t interested in the child, and was not helpful during the pregnancy. The birth certificate lists only Lisa Miller as the parent.

According to Lisa, even though Jenkins was granted some parental rights after the dissolution proceedings began (though they lasted more than 5 years). Jenkins’ involvement with the child was minimal, even skipping the court ordered dates for visitation.

As far as the sordid allegations of the proceedings go, what Lisa Miller alleges Jenkins did isn’t pretty. She recounts that her daughter said that Jenkins would bathe naked with her (as a 5-year-old girl!), and that her daughter would come back from the few visits she did have and mime committing suicide. After that, Lisa cut off visits, and eventually fled the country to protect her daughter from an allegedly abusive and erratic ex-partner.

Dr. Morse said of this heartbreaking case, “Lisa Miller was one of the early victims of the Sexual State. Her case convinced me that redefining marriage would redefine parenthood in ways that few people were taking seriously. Lisa Miller entered into a civil union with another woman and had a child through an anonymous sperm donor. Lisa no doubt believed that she was the mother of the child. The government redefined parenthood, right out from under her. She had no idea that by entering into a civil union, she had given parental rights to the other woman, something that does not happen in stepparent situations.

“When those visits became abusive, Lisa tried to prevent them. The bias of the court in favor of the non-parent was so strong and the power of the family court so arbitrary, that Lisa could not protect her child. She fled the country with her daughter. She had the assistance of two brave Mennonite pastors and a Christian businessman.

“I support a presidential pardon for Lisa Miller, and for Philip Zodhiates, Timothy Miller and Kevin Miller.”

Support Lisa Miller by signing the petition at LifeSiteNews today!