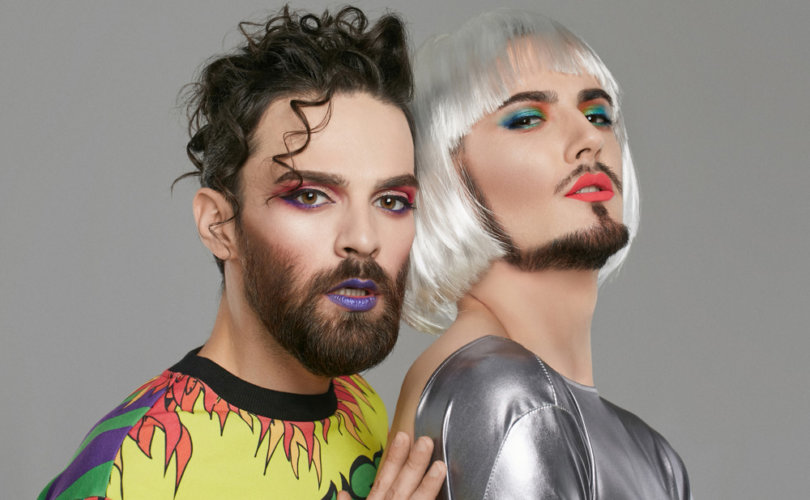 May 4, 2020 (LifeSiteNews) — One of the things I think many people struggle with in relation to the transgender movement is, well, understanding the movement’s assertions. As a service to the public, I would like to explore some of the things that the movement’s partisans say, in the form of a dialogue. Imagine I am talking to an apologist for the ideology; let’s call this individual Sam.

Sam: There is nothing complicated or confusing about our new understanding of gender. What is increasingly acknowledged by social norms and legislation is that gender, being a man, being a woman, and being anything else, is a matter above all of feelings. Your feelings, in your mind, are the most important thing about you, and it is natural that we accept that a person who feels she is a woman, for example, really is a woman.

Me: Even though she might have the chromosomes and characteristics typical of a man.

Sam: Yes. The transgender movement was founded by people who felt that their physical characteristics, which society had determined indicated one gender, were at odds with the gender that they felt themselves to be: they were ‘born in the wrong body.’

Me: So there might be, for example, a woman in a man’s body?

Sam: It often felt that way, because physical characteristics tend to determine the way we are treated (that is, as a man, or as a woman), but if gender is determined by the mind, then it would be more accurate to say that the body of a person who identifies as a woman is a woman’s body. She is, after all, a woman.

Me: So a woman can have what we would traditionally have identified as male sexual organs?

Sam: Absolutely. The idea that to be a real woman a trans person has to have hormone supplements and surgery is not correct. They can have those things if they make them more comfortable, but before any such treatment they are already what they identify as being.

Me: So an individual has a feeling, which that individual describes as “feeling female.” Is it possible that such a feeling could be misidentified?

Me: Obviously. A woman. And what is a woman?

Sam: As I have already explained, woman is someone who feels she is a woman.

Sam: Well, if you want something more, there are the social conventions that put men and women into different categories, and treat them differently, such as clothing, or the way we address them.

Me: So a woman is a person who feels she should be addressed as “she” and wear female clothes. These look like rather superficial indications of gender, but perhaps they mark something deeper, like gender roles.

Sam: No no: women can be firefighters, right? And anyway, we don’t want to limit ourselves to just two genders. We’ve been talking about male and female, but there are really as many genders as people wish to identify with. The social conventions have relevance because, insofar as they exist, trans people naturally want to be treated as what they are.

Me: These conventions are weakening. If they ceased to exist, what would be left for trans people to identify as?

Sam: Simply being a woman, or whatever the individual identifies as. Being a woman is not defined by physical characteristics, and it obviously isn’t identified by conventions about clothing or doing the cooking and cleaning. But women exist, and if they exist, then some people are women, and we must allow them to tell us whether they are women or not.

Me: Whether “women” exist or not depends on what we mean by “women”… But there is another problem, which is that, as many feminists have claimed, the experience of being a woman is the experience of having a female body (or what we would traditionally have regarded as one). The possibility of pregnancy and childbirth, or indeed the impossibility of it because of infertility, forms the basis for a set of experiences and feelings that are distinctive, which men cannot have. The body’s gender-specific capacities and incapacities are therefore central to the female experience.

Sam: Well, those experiences are real, and they are experiences that women have had, so we can call them women’s experiences. But they don’t define or limit what women are. Men can have wombs and experience childbirth. Men with wombs will be men if they feel they are men.

Me: If this is so, then there are no characteristically female feelings. This makes it difficult to see what it could mean for a person to “feel like a woman,” and indeed the distinction between male and female is in danger of disappearing altogether.

Sam: Perhaps that distinction has, after all, outlived its usefulness.

1
Dr. Robert Malone: Endless mRNA jabs are in the works as the CDC and FDA play ‘hide the data’
2
Open letter to Elizabeth Warren: Why do you campaign so strongly for the murder of the unborn?
3
Why is Pierre Poilievre silent on the family policies that matter to conservatives?
4
Residents of Texas city successfully quash pro-LGBT ‘diversity, equity, inclusion’ gov’t proposals
5
REPLAY: LifeSite’s 25th Anniversary Gala
Subscribe to Daily Headlines »