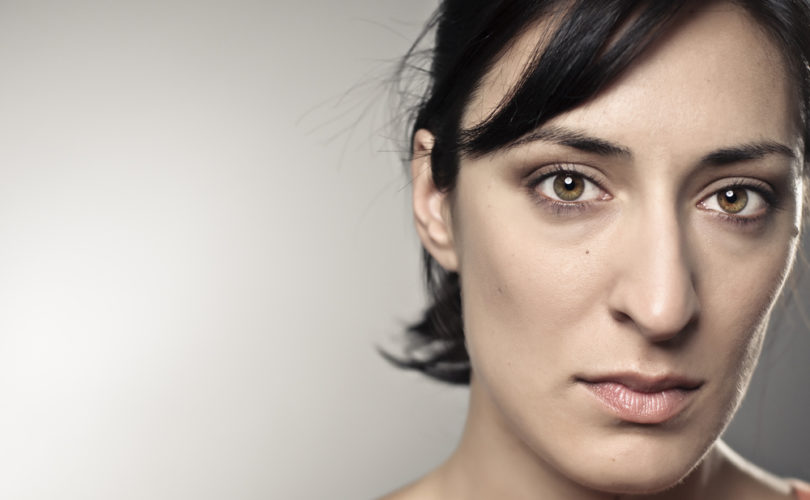 Either way, the woman’s true interests are subordinated to the village, or dominant culture.

To perpetuate these practices there needs to be a tacit agreement to overlook consequences – not only for the woman, but for any children she might conceive, and certainly for the one already conceived. Sometimes it’s the deliberate obfuscation of statistics or research. Sometimes it’s the anecdotal evidence her village ignores. Turning a blind eye in any village has its “rewards”.

In countries where FGM is practiced, it is done to ensure a girl’s purity so that a daughter is marriageable. This view is strongly held by the mothers, fathers, brothers and sisters as well as the future husbands. UNICEF estimates 130 million women worldwide have undergone this medically unnecessary but culturally necessary procedure. It is the mothers who escort their daughters to their torture chambers. There is no shortage of support to accompany a daughter when it is time. How else would the village maintain the purity of its daughters?

In countries where abortion is practised, it is done to ensure there are minimal consequences to a girl’s sexual freedom – so essential for the men of the village. In a January 2013 poll by Angus Reid Public Opinion, 44 percent responded that abortion should be permitted in all cases. 5 percent of Canadians in this same poll were opposed to the practice in all cases. Then of course there is the middle. Middle ground here is defined as “abortion is okay if the fetus is not too far along”. But there is no middle ground from the perspective of the unborn.

Like FGM, abortion is a medically unnecessary procedure but a culturally necessary one, if adult life is to go on unfettered. There is often a great deal of support for the procedure within the family: father, mother, as well as a boyfriend and husband. How else can the village guarantee sexual equality to its daughters?

FGM would make any woman in the Western world cringe in horror, but the side effects are equally horrifying. There is clear evidence that these women are at risk of complicated and dangerous deliveries. According to a WHO study published in The Lancet in 2006: “Serious complications during childbirth include the need to have a caesarean section, dangerously heavy bleeding after the birth of the baby and prolonged hospitalization following the birth. The study showed that the degree of complications increased according to the extent and severity of the FGM.”

This same study acknowledged that the research took place in hospitals, and that the huge number of women who delivered at home would face even more danger as a result of FGM.

Notice the emphasis is still on the mother, on women. It was also noted that their babies were more likely to die, but the village is unconcerned about that. It is concerned about a woman’s sexual purity.

In Canada, sexual freedom defenders are pushing for increased access to abortion through chemical methods such as RU486. The serious risks associated with this drug are no deterrent to the crusaders of equality, although some feminists are demanding that these zealots think of the women. Renata Klein, Janice G. Raymond and Lynette J. Dumble, all pro-abortion, have published a strong cautionary review of RU486. In Misconceptions, Myths and Morals, they review the devastating results of using this chemical cocktail.

These authors strongly argue against women taking this drug combo in the privacy of their own home, precisely because of the likelihood of haemorrhaging and infection. These risks are amplified in remote communities. The very women to whom it will likely be marketed due to a lack of access to physicians would be in peril if complications arose due to a lack of access to physicians. Will these cultural captains acknowledge that if something is inherently dangerous in a hospital, it is more so when practiced alone at home?

Sadly, neither the custodians of female purity nor the advocates of women’s sexual autonomy feel the need to speak of the child: the child a woman wants; the child she does not want, apparently.

So the village draws a veil over the horrors because culture is what counts, not the individual woman’s dignity and wellbeing. Under the guise of protecting a woman’s sexual purity or sexual freedom, the man is given a free pass for his sexuality. It is the woman who must conform to her village’s values or risk being de-valued. Neither type of village cares much about her – and even less for any children who might be sacrificed.