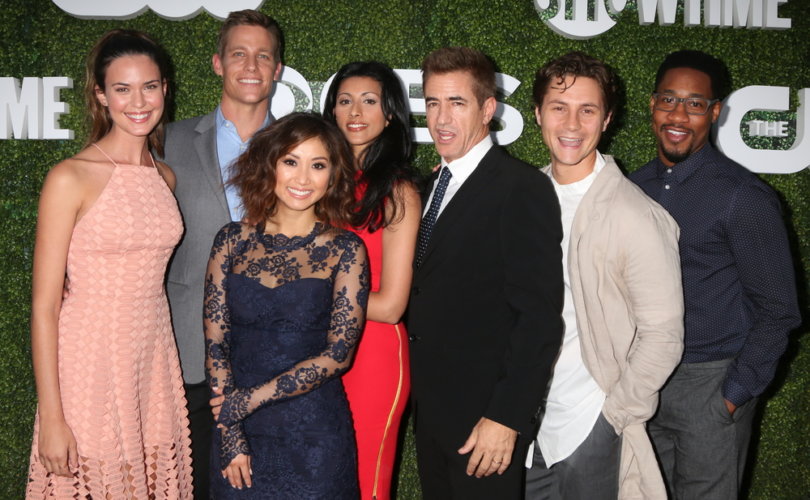 January 13, 2017 (NewsBusters) — Well, no surprise, CBS’s Pure Genius again reminds us that pushing the LGBT agenda is vital to their concept of entertainment. This time, we see two gay dads with a son.

On Thursday’s episode, “Touch and Go,” a man, mistaken as drunk by police, is brought to Bunker Hill for treatment. It’s soon discovered he is fighting something else, leaving the doctors puzzled. While under the care of the Bunker Hill staff, another man named Seth walks in, claiming the patient is his husband, Nathan. He is not alone, as he brought their son with him.

Later, Nathan is put on steroids to speak with his family. The following conversation occurs between the three:

Nathan: Listen to me, okay? This is all gonna be okay, and the three of us – this will all go back to normal, okay?
Bobby: You promise?
Nathan: I promise. Now come here, give Daddy a hug.
Seth: A gentle hug.
Nathan: I love you so much.
Bobby: I love you, too.
Nathan: Now let your dads talk for a minute, okay?

If this were on TV ten or even five years ago, it would be anything but normal. But hey, these are the times we’re living in. Thanks to Hollywood, the only abnormal folks are those deplorables who still support the traditional family.