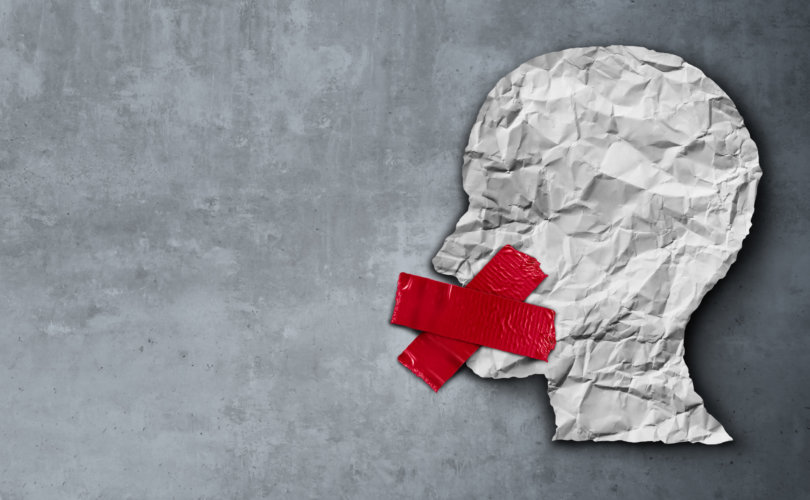 April 29, 2021 (LifeSiteNews) — That America, along with a number of other Western nations, is in the throes of an existential crisis has become obvious to most. Multifaceted and multi-layered, this crisis affects nearly every institution and aspect of our lives: the financial system, the political establishment, the education system, the media, popular culture, the judicial system, the family and even the Church itself — all these are either failing outright or malfunctioning to one degree or another.

The breakdown within western institutions has given rise to a variety of disruptive symptoms such as ever-increasing political discord, breakdown in communication, widespread election fraud, runaway debt on every level, looting, violence, and growing lawlessness. At times, it feels as if the wheels are coming off and the whole societal structure is falling apart.

This multidimensional turmoil has left many people bewildered and confused, unable to make sense of the complex situation with many moving parts. They feel that something deeply threatening is taking place, but they cannot quite pinpoint or identify the danger.

If you look beneath the din of the surface turmoil, however, you will see that the nature of the danger we face at this moment is actually not complicated or new. Quite to the contrary, this scenario has played itself out dozens of times in the last one hundred years in various lands across the globe.

The greatest threat to America at present is this: Our society is in the process of being taken over by internal elements bent on tyranny and oppression. What we are witnessing is the unfolding of the old totalitarian archetype right before our eyes.

In the case of the present-day United States and a number of other Western democracies, the forces of tyranny have incarnated in the form of the woke progressive left.

Today’s woke progressive left hails from the same psychological and ideological root as the other totalitarian movements that have ruled over and terrorized the populations of various countries over the course of the last century.

We have pointed out elsewhere the essential affinity between the conduct of the woke progressives and the infamous tyrants of the past such as Stalin, Hitler, Mao, Castro, and Kim, among others. Lest you think this comparison an exaggeration, consider the modus operandi of the woke. Here are some of the hallmarks of their behavior which we all have had the chance to observe and experience:

As you can see, the woke left fundamentally exhibits the same behavioral traits as the other totalitarians. They all ruthlessly suppress, censor, intimidate, and cancel those who oppose or disagree with them.

The only difference lies in the degree of severity seen in the implementation of some of these measures. For example, the tyrants in Russia, China, or Cuba would cancel their opponents by jail or bullet, whereas the American left cancels by blocking social media accounts, refusal to allow opposing views, and getting dissenters fired from their jobs. This, however, is not due to the fact that the American left is more merciful or compassionate than their totalitarian counterparts in more tyrannical systems, but because in the West they still lack the power to freely implement the base urges of their nature. But as they are gaining more and more power, they are becoming increasingly brazen and ruthless in the pursuit of their totalitarian objectives.

Like every other totalitarian movement, the progressives also have an ideology which they use to justify the imposition of tyranny on the society they seek to overtake.

The ideology of America’s contemporary totalitarian left can be called wokeism.

The four intellectual pillars of wokeism are:

It is these four that circumscribe the parameters of the woke worldview. If you carefully examine their agenda, you will recognize that nearly all the programs and initiatives the progressives pursue derive from one of these pillars or some combination thereof.

But if you take the time to examine and consider, you quickly recognize that each leg of wokeism’s foundational quartet is based on a false underlying premise:

The obvious falsity of wokeism should not come as a surprise, since totalitarians always adopt worldviews based on lies. This is the case with the misguided ideology of today’s progressives.

In summary: Beneath the surface noise and confusion of our political, cultural, and social conflicts, the greatest threat to America and other western democracies at this time is the imposition of tyranny from within. These totalitarian elements have been wreaking havoc around the globe since the early years of the 20th century and have now taken shape among us as the woke progressive left. When I left communism for America, I would never have thought that the West would be threatened by the kind despotism that does not allow people to freely express their views. Unbelievably, it is happening right now before our eyes. Those of us who value freedom better stand up and push back before it is too late.

Vasko Kohlmayer was born and grew up in former communist Czechoslovakia. He is the author of The West in Crisis: Civilizations and Their Death Drives.