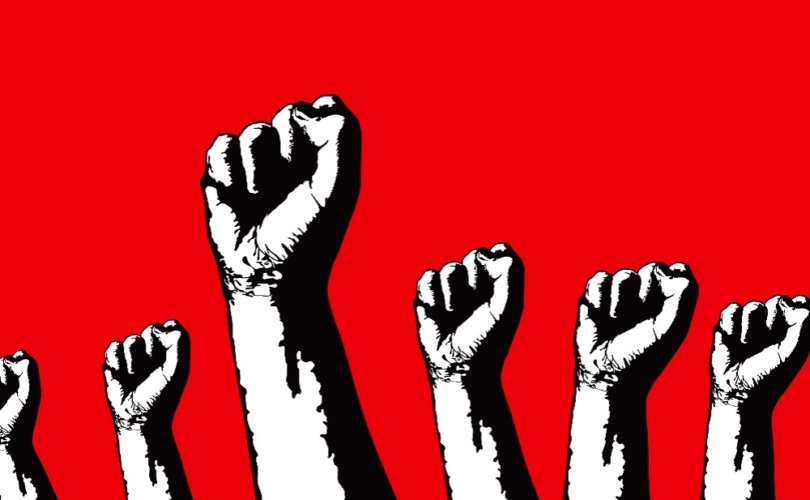 (The American Thinker) — The U.N.’s Agenda 2030 is still in place, and the clock is ticking toward its empowerment — only eight years and two-plus months to go. This Agenda is for a new world government, which will implement the policies of the Agenda.

This new government on our horizon explains many of the failures in policies in these first months of the Biden administration. The failures are based not so much on mistakes as on deliberate sabotage to weaken our country, dilute the power that undergirds our sovereignty, and prepare us to accept one-world government.

The seed ideas for Agenda 2030 began with Pres. Woodrow Wilson’s League of Nations in his Fourteen Points at the end of WWI. A community of nations could bring pressure for peace in the world that the treaty or alliance system could not do, as shown by the First World War. While this idea took hold in Europe and other countries, it was unable to gain sufficient traction in the U.S. as it met with Republican resistance in the U.S. Senate on the grounds that it would lead to a dilution of U.S. sovereignty.

With the benefit of 20-20 hindsight, all right-thinking persons can see that Woodrow Wilson’s first giant step toward globalism was rightly rejected. The League was a complete failure in terms of bringing peace to the world. To the German Nazi government, the League was a joke. The Japanese left the League after their invasion of China was repudiated. Yet Republican sway over U.S. governance became diminished by the four-time election of Franklin D. Roosevelt as president of the U.S. and the hegemony of the Democrat party for twenty years from 1933 to 1953.

After WWII, the U.N. was conceived of as having duties and functions that the League did not have. The U.N. would sustain the world in real ways with the establishment of the International Monetary Fund to strengthen currencies worldwide and the World Bank to finance and endorse vast construction projects. These institutions would together foster peace and “community” in our fragmented world (whispers of the “it takes a village” cliché that would take hold decades later). After all, is it not true that poverty is ultimately the cause of conflict in our world?

Yes, the U.S. and the other illogical leftists throughout the West and the other parts of the world bought into the Marxist idea that wars are caused by fierce competition for scarce resources. Even the great Harvard economist Walt Rostow in the 1950s and 1960s had a vision of global financial institutions through the sponsorship of the U.N. as bringing the poorest countries to a “take-off stage.” There was only one problem with Prof. Rostow’s well-researched and theoretically sound vision: take-off never happened. All that great Harvard research was not worth the paper it was written on. The wealth disparities among the developed world, the less developed countries (LDCs), and the less developed developing countries (LDDCs) persisted.

As a result of the perceived stratification of the world community, there was a paradigm shift in understanding the relations among the different wealth levels of societies. Many on the left believed that if the whole world were one, then the destitution and resulting despair of the poorer countries could not be dismissed as a failure of local nation-state governments to enact good policies or to be less corrupt. If, so to speak, all nations were under the same roof or same umbrella, the thought “that’s their problem” could not easily obtain.

“Their problem” automatically would become “our problem,” as we all are together under one government. This is an updating of the idea first put forward in 18th-century France by Jean-Jacques Rousseau that the best government is not the liberty-centered, individualistic, and rights-oriented government such as projected by John Locke; rather, the best government bypasses all exploitation by expressing the General Will — it is a vision that goes beyond mere teamwork, a vision of all for all.  Any type of individualism or personal achievement is bourgeois and undermines true progress.

That brings us to Agenda 2030. This Agenda puts forward a plan for a new soft world government by the year 2030. It was a plan adopted unanimously by the U.N. on September 25, 2015 and has 91 sections. The Agenda covers every aspect of human experience and thus is a government without using the word government. Instead of stressing the word “rights” throughout, as did the original U.N. Universal Declaration of Human Rights, the word “rights” appears only once in the Agenda, in Section 19. Instead of “rights,” the two buzzwords that appear throughout the Agenda are “needs” and “sustainability.” “Needs” resonates with the Marxist dictum “from each according to his ability; to each according to his needs.”  Just as the more wealthy and advanced countries engage in various socialist and social welfare programs to meet the needs of their poorer citizens, the wealthier countries will feel more obligated and be expected to contribute much more to the needs of their fellow citizens in their new global state. Trans-national identities of persons will replace national identities. The needs of people will be uppermost in peoples’ minds, not their location in the world, ethnicity, religion, customs, mores, diets, appearances, and gender identities. All distinctions become subsumed under needs in this new vision of one world.

“Sustainability” also brings us into the sphere of commonality rather than differences. We all occupy one environment. Problems with the oceans near one place may have effects on air quality at another — distant — place. We all have to breathe the air on Planet Earth. We influence each other all over the world through carbon emissions and through our habits of waste disposal. Natural resources may be available to some countries more than others, but insofar as we are all residents of one planet, those resources ultimately belong to all. Sustainability according to this vision is a global issue, and it must be addressed as a global issue through a world government.

With this evolution of the U.N. before us, are we not better able to understand why the left is so comfortable with the collapse of our borders? With the capture and availability of so much U.S. military equipment in Afghanistan? With the overthrow of law and order in our cities so we look more and more like an unruly third-world country with each passing year? With our budgets so inflated that currency inflation and collapse are almost a certainty?

Yes, this writer is proposing that these recent “mistakes” are connected with the goal of a one-world government, which has already been enunciated and was signed onto by the USA. The disintegration we are facing in various sectors is, I believe, part of a move toward the collapse of our sovereignty in favor of a world government as outlined in Agenda 2030.

Reprinted with the permission of the American Thinker