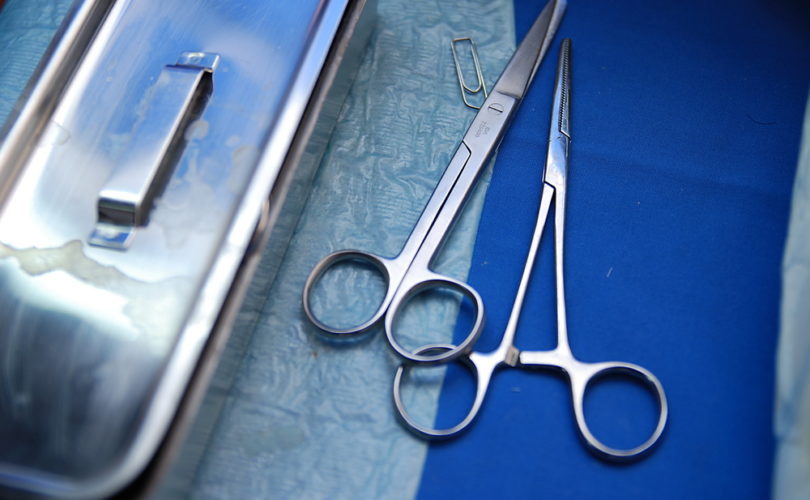 November 21, 2017 (Priests for Life) — “Does it hurt?” That is the question behind the bill that protects babies from abortion, babies in utero who are 20 weeks old and beyond. The abortion debate has grown so absurdly abstract; it’s time to refocus on facts like how much it hurts unborn babies to be pulled apart at 20 weeks. This is when a baby is quite developed and about the length of a banana. We know the answer. In fact, any five-year-old probably knows the answer. But here we are. The mere fact that we have to remind people says a lot about this debate. It has lost all sensibility. We are not seeing, hearing, or touching abortion; it has been turned into a philosophical argument about rights.

There is a reason why the word “pain” precedes all others in the Pain Capable Unborn Child Protection Act. Pain is a universal human experience. It appeals to our human decency and common sense. People care about the suffering of others and, if they can eliminate it, they will. That’s why federal laws exists to protect cattle from unnecessarily feeling pain in the Humane Methods of Slaughter Act. If we can do this for cattle, then certainly we must do even more for children.

There is plenty of research pointing to the pain children feel at 20 weeks in development, and in fact much earlier than that. The Charlotte Lozier Institute gathered testimony from scholars and experts, including doctors, neurologists, anesthesiologists, researchers and biologists.

An unborn baby at 20 weeks gestation “is fully capable of experiencing pain. … Without question, [abortion] is a dreadfully painful experience for any infant subjected to such a surgical procedure.” — Robert J. White, M.D., PhD., professor of neurosurgery, Case Western University

Yet there will always be those who will argue that unborn children are not persons with constitutional rights. They are too vested in guarding their precious abortion rights at all costs. This same side will claim it is junk science or that pain is a psychological construct or something subjective. Why should that distinction be important for them? Could it be because they, too, don’t want little persons with no constitutional rights to suffer? Would late term abortion be palatable if they believed these babies in utero are somehow numb to it? That’s says a lot about this debate as well.

It brings to mind the partial birth abortion case in which abortionist Dr. Timothy Johnson testified. The late Judge Richard Casey pressed him for an answer as to whether it ever crossed his mind if a fetus felt pain during late term abortions. Johnson avoided giving a straightforward answer, but the Judge Casey pressed him. Finally Johnson said, “no.” Why did he feel a need to say no? It is dubious that it never once crossed his mind that it might hurt a baby in the latter trimesters to have his skull crushed. Either he’s a liar or a sociopath.

This question of pain will be brought to the forefront soon. In a few short months the Senate will vote on this measure. Will we continue to ignore the gruesome pain of these children and keep late term abortion legal, or will we begin to address how barbaric our current abortion policy is?